We made it through another week that had all the promise of calamity but ended up delivering more of the same, and more of nothing from Europe. Who can stand to monitor it really? You know in the end they're going to get it together and tighten their belts right? Because throughout history governments who have a printing press eventually do right? There is one prescription governments choose for putting today's economic problems off until another day and that is to monetize. It will happen just as sure as Santa will be at your local mall this weekend. 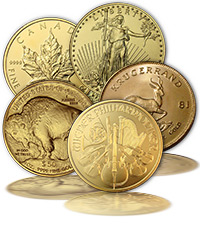 It was good to hear so many people talking about Ann Barnhardt's interview in the past week. How many people acted on it? If you haven't listened to this griping this 30-minute interview yet, it is recommended. As a result of Ann's interview a few more people are likely to understand the flop that modern day finance has become. Another raid on American capital that goes under the radar and stays out of the headlines. And don't expect your money manager to recommend listening to Ann's interview, or alternative investments as protection anytime soon. Why.. because they can't offer any.

Ann went off nicely and when people hear it from a woman it vibrates a little more. Supplement that with Jim Willies most recent interview and I found myself closing out a small IRA this week.

The passing of the National Defense Authorization Act, along with stepped up activity of troops, and action around government FEMA camps is bad news and alarming. They are unmistakably planning for something.

If you haven't.. consider doing a little planning yourself. It's not too late.