The current state of finance continues to change at rapid pace and global economies have slowed to levels significantly less than experienced in decades. The time has come to accept things are not as they once were and what we experience is not a regular economic cycle. Individuals prepared to navigate through this new climate will emerge when the storm is over, as the architects of tomorrow. Preparing requires; planning, an understanding of and the ability to economize, the capacity to be flexible, and thinking outside the ideas of what has been considered "normal." 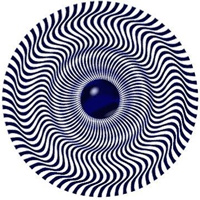 Danger Past and Present

The financial crisis of 2008 was a result of fraudulent and deceptive financial instruments created by "too big to fail" banks. Even with unquestionable evidence of financial crimes, no one went to jail. Instead, criminals like Angelo Mozilo, Dick Fuld, and the latest to join the club Jon Corzine, are sipping cocktails on the coast. What was their punishment for predatory lending and theft? The answer is very little, and taxpayers will pay for their misconduct for decades to come. When people steal and get away with it, they are likely to do it again. The same types of financial transgressions that ensued in 2008, exist today.

Take a close look around. Has the economy gotten better? Regrettably the music has stopped and the collapse is visibly in progress. If you believe the dangers that jeopardized the world the way we know it are behind us, you may experience what is called normalcy bias.

Normalcy bias refers to an extreme mental state people enter when facing adversity. It causes them to underestimate both the possibility of a disaster occurring and its possible effects. It is likely societal and economic downtrends will not reverse until another much larger crisis occurs, despite numerous warning signs. ABC, NBC, (insert your network here), are all (by design) focused on the Whitney Houston type "news" stories while acts like NDAA go unreported. Breaking free from the idea that everything is "normal" is frightening and liberating. Once you understand, you will begin to classify your priorities differently and may never see the world the quiet the same. 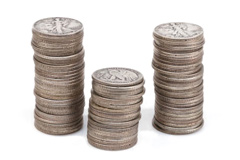 It is important to understand that financial crises can be severe enough to threaten a society's sheer existence. Crises usually include the systematic or elimination of major elements important to system preservation. Those that have not properly planned are more likely to experience a crisis that is more debilitating.

Every crisis is unique and has unique effects on people, companies, and other institutions. One phasedown that almost always occurs during times of financial difficulty is reductions in personnel. Unanticipated belt tightening is a difficult matter for any person to confront. Being prepared means getting used to living with less now and having a plan if you get caught in the worst of the storm.

The less time a person has to react to crises, the fewer resolution options available to them. The type of planning needed to minimize the negative effects of financial stress should focus on both mid-range and long-range activities and include increasing one's exposure to physical assets. This includes owing physical gold (and silver).

Any person prepared to maneuver in changing markets realizes it will be necessary to reallocate resources from time to time. And this is undeniably a time to reorganize one's finances. The value and advantage for individuals that prepare for crises cannot be stressed enough. This means considering investments that throughout history have been proven to store value. Having 15% of one's assets outside the digital economy is more than sensible, and gold ownership is essential because it will be part of the next monetary model. Gold is headed back towards a monetary system, not away from it.

The world economies will emerge from the next economic crisis as they have every other throughout history. It is precisely the attention to the market that has enabled America to provide greater opportunity for its people than can be found in any other nation. Those able to think critically and prepare in advance of the crisis will (after storm clouds clear) be better equipped to shape the future.