March 3, 2013
Capital punishments are the natural offspring of monarchical governments. ... Kings consider their subjects as their property; no wonder, therefore, they shed their blood with as little emotion as men shed the blood of their sheep or cattle. But the principles of republican governments speak a very different language. ... An execution in a republic is like a human sacrifice in religion. 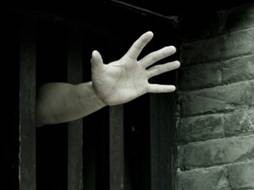 In characteristic, succinct style the Eighth Amendment has few words – Excessive bail shall not be required, nor excessive fines imposed, nor cruel and unusual punishments inflicted – yet the Eighth Amendment has produced a vast volume of commentary and litigation since its ratification in 1791. This should not be surprising, as the three major provisions of the amendment address some of the most controversial and emotionally charged issues concerning the rights of criminal defendants, which were greatly expanded during the eras of the Warren Court (1953-69) and the Burger Court (1969-86).

In their notes on the Eighth Amendment, O'Connor and Sabato, in their textbook, "American Government: Roots and Reform," wrote that the excessive-bail clause originates from the 1689 English Bill of Rights, which reformed the British legal systems of government and expanded individual rights of the citizens over the government. Having had narrow success in checking law enforcement officials from detaining suspects by imposing extreme bail requirements, Britain amended previous laws to convey that "excessive bail ought not to be required."

Following the British model, the Eighth Amendment does not affirm what an "excessive bail" is or the specific crimes that justifies a high bail cost. The Supreme Court has presented two fundamental rules on the excessive-bail clause. First, a judge has the discretion to decide if a criminal offense rises to the level to justify high bail. Second, a judge has the authority, under U.S. v. Salerno (1987), to refuse a criminal defendant bail as a "preventative measure." Together a judge's decision should be considered proportionate to the nature of the criminal offense for which a defendant is charged.

Professor Jacob Held, in a very good article, "The Morality of the Eighth Amendment: Cruelty, Dignity, and Natural Right," demonstrates the necessity of this amendment to combat the gruesome savagery of King George III and the English monarchy against the colonists; their arbitrary and capricious laws. That's why the framers wrote the Bill of Rights – to prohibit the British Bill of Wrongs done against their natural rights which under Natural Law are guaranteed by God.

The Eighth Amendment's prohibition against "cruel and unusual" punishments was unique in the 18th century because the Bill of Rights as a Natural Law document is entirely expressed in moral terms. Therefore, to be functional and relevant, "it must be interpreted in moral language and through moral argument," Held wrote. Yet, since the 1900s, progressives, atheists, humanists and Positive Law scholars contend that employing moral language to judge cases regarding fundamental liberties or limits on state and federal power is virtually impossible. Progressives prefer an amoral approach to constitutional interpretation and scrupulously avoid at all costs the specter of Natural Law, while mandating the use of vague, moral-sounding language and moral argumentation to set down a field of protected liberty.

Despite the fact that most historians agree that the Framers wanted to prohibit barbaric forms of punishment, including torture, as well as arbitrary and disproportionate penalties, there is little consensus on what specific punishments met this definition. The historical record shows that by the late 1800s, the Supreme Court had held that punishments like burning at the stake, disembowelment, and drawing and quartering violated the Eighth Amendment. In the early 1900s, the case of Weems v. U.S. (1910), the Court further concluded that every punishment considered "excessive" would violate the cruel and unusual punishment clause. And, in Solem v. Helm (1983), the Court developed a "proportionality" standard that required punishments, even simple imprisonment, to bear a rational relationship to the offense.

To date the Court has not ruled that the death penalty per se violates the Eighth Amendment; however, it has created certain procedures and exceptions governing the request of the death penalty, for instance requiring a criminal defendant to have in fact killed or attempted to kill a victim. The Court also held in Atkins v. Virginia (2002) that the mentally retarded, as a class, are exempt from the death penalty. Nevertheless, it has also handed down very controversial decisions concluding, for instance, that neither racial disparities in the application of capital punishment nor juvenile status at the time the offense was committed violate the Eighth Amendment. The exception to this rule was a de facto moratorium on the death penalty in Furman v. Georgia (1972), which, with slightly different members on the high court, was restored in Gregg v. Georgia (1976). Thus the death penalty has always been an existing punishment. Unfortunately, the bureaucratic procedures, delays through multiple appeals and costs make this ultimate punishment a rarity in the American criminal justice system.

In conclusion, I am convinced, like professor Held, that only a moral/originalist interpretation of the Constitution and Bill of Rights, particularly the Eighth Amendment, is appropriate. Held wrote:


But as a statement of natural, moral rights couched in moral language the Eighth Amendment must be parsed out lest it be thrown into the dustbin of history as a relic; an antiquated statement of human dignity and natural rights written by quaint natural lawyers. I contend that the Eighth Amendment must be read morally and that a moral reading of the Eighth Amendment emphasizes the importance of a moral interpretive framework for understanding the Constitution as amoral document expressing the existence of natural, moral rights. In fact, a moral interpretation is truly originalist insofar as it captures the original intent of the Framers and the original meaning of the clauses.


On the 40th anniversary of the legalization of infanticide in the infamous case of Roe v. Wade (1973), all people of good will who still believe in Natural Law, reason, logic and mercy must know that 57 million innocent babies did not have an Eighth Amendment protection over their precious lives; that 57 million infant human souls suffered a cruel and unusual punishment not only without the Eighth Amendment, but without the Fifth and 14th Amendments' due-process protections to deliver them from inside that cold, sterile, merciless abortuary.