April 28, 2013
"Universities exist to transmit knowledge and understanding of ideas and values to students not to provide entertainment for spectators or employment for athletes." 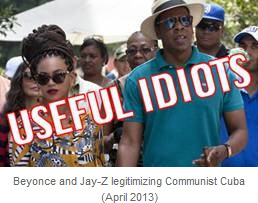 Eden Alice Washington is my 11-year-old daughter. The other day I asked her if she listens to pop singer Beyonce. She answered, "No! I don't listen to that kind of music." She doesn't like Obama, she already considers herself a conservative, and she's curious about Christianity. Eden's generation – and that of her elder brother, Stone – will have their hands full turning back Obama's Progressive Revolution.

While I love America the Beautiful, one thing that vexes me to no end about this country is the excessive notoriety black people get for trivial vocations like sports and entertainment while we ignore, even despise, philosophers, intellectuals, critical thinkers – people who throughout history have changed society for good while all sports and entertainers have contributed is contained in this wise aphorism by the Roman poet Juvenal: Two things only the people anxiously desire – bread and circuses.

For example, America throws away hundreds of billions annually to people who are functionally illiterate, people who can't put two sentences together without saying, "uuuhhh," "aaahhh," "you know" or excessive stuttering. For bouncing a basketball, throwing a football, hitting a baseball or kicking a soccer ball, America, with Nazi-like efficiency, will search out the worst ghettos and barrios, traverse the deepest, darkest jungles of Africa, South America, Cuba, Haiti, the Caribbean Islands, and promise the world to a black mother while sitting in her living room trying to convince her and her fatherless son that playing basketball for the University of X will guarantee a life of fame and riches.

Come on, America! Without the NBA, Shaquille O'Neill would just be a 7-foot-1, 376-lb buffoon, a janitor who thinks he is a rapper.

Yet these same good white folks, progressives, who are unfortunately the gatekeepers of society, won't lift a finger to encourage little black boys and girls to go to the library, go to the bookstore, read books, write essays outside the required reading lists of your Progressive Concentration Camps most people call "public schools."

Dare to think different thoughts, to covet higher ideals, to refuse to be numbered with the 96 percent of blacks who voted for Obama in 2008 and the 93 percent who voted for him in 2012. Blacks for 100 years, dating back to that racist President Woodrow Wilson (1913-21), have voted for the genocide of their own race led by Dr. W.E.B. Dubois and the NAACP. But why? The Cult Acceptance – blacks have a crippling fear of ostracism by whites, provoking an obsession of acceptance of whites that prevents blacks from escaping their self-imposed hell of ghetto life and tribal Groupthink our forefathers fought against to be free from slavery.

Remember the songs slaves sang in the cotton fields? Songs of liberty, songs of freedom, songs truth and deliverance like "Steal Away":

Compare this old Gospel song slaves sang to get free in the 19th century with the lyrics to Beyonce's latest musical pornography, "Bow Down," which blacks (and whites) sing to become slaves in the 21st century:

Family, not welfare, is the key to the emancipation of the black man in the 21st century. Yet, all I hear is Beyonce singing Bow, bow down bit – .

I wonder how many of the tens of millions of little black boys and little black girls are blessed enough to be raised by two parents in America? And, if so, are their parents brave enough, enlightened enough, disciplined enough to teach their children to put down the damn basketball, football, baseball, to unplug the little Xbox, iPad, iPod that enslaves your mind with Siren songs of anti-beauty, gangsta lifestyle, glorification of death, destruction and sexual immorality? Turn off the TV sometimes, and make your kids read a book and write you a summary of that book.

With all the "education" black people are said to possess in modern times, how many blacks dare to emulate the intellectual skills, the beautiful life of a Harriet Tubman, a Republican who once famously said, "I freed a thousand slaves. I could have freed a thousand more, if they only knew they were slaves." How many blacks pattern their children's lives after a Frederick Douglass, a Booker T. Washington, a George S. Schuyler, the unsung black conservative intellectual/writer from the 1920s-60s, or in modern times: a Dr. Ben Carson, a Dr. Thomas Sowell, a Dr. Walter E. Williams, a Pastor Levon Yuille, or my direct intellectual descendant, Justice Clarence Thomas?

And you wonder why for 40-50 years more black young men languish inside the brutal hellhole of prison or are entangled in some element of the penal system (i.e., probation, parole, half-way houses, juvenile, sexual deviant lists, etc.) than are presently in college. While I am not a conspiracist, this modern American tragedy is not by accident. I believe it's part of a grand, diabolical plot by the Liberal/Progressive Revolution to purposely deconstruct America and all of her sacred institutions, including God, culture, law, politics, economics and the family.

For over 100 years, for 30 pieces of silver to join the Cult of Acceptance by the left, black leadership has sold out the black masses by the tens of millions to abortion genocide, voluntary ghettos, public school concentration camps, welfare dependency and the slave chains of the Democratic Party plantation. This is the New Jim Crow.

Yet, all I hear ringing in my ears is Beyonce demanding that all who hear her voice, all those who hate her out there (I guess that includes me) ... to Bow, bow down bit – ... and worship the useful idiots.