Ellis Washington
Symposium-Who are you? 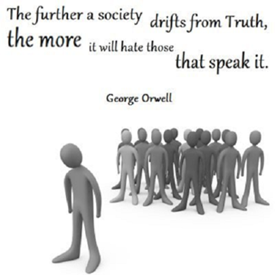 Socrates (470-399 B.C.) was a famous Greek philosopher from Athens, who taught Plato, and Plato taught Aristotle, and Aristotle taught Alexander the Great. Socrates used a simple but cleverly profound method of teaching by asking revelatory, piercing questions. The Greeks called this form "dialectic" – starting from a thesis or question, then discussing ideas and moving back and forth between points of view to determine how well ideas stand up to critical review, with the ultimate principle and purpose of the dialogue being Veritas – Truth.

Note: This Symposium is based on ideas from, Five Worldviews by Dennis McCallum

Spiritism/Polytheism (represented by thousands of religious)

{Setting: Symposium of Socrates – The Parthenon in Athens, Greece}

Socrates: We are gathered here today at my Symposium to debate epistemology – a theory of knowledge, to ask these questions – Who are you? What is man beyond the material components of flesh, bone and blood? Does man have a spiritual dimension? Is mankind the embodiment of the ideas he believes in?

Since there are more than 6,000 distinct religions and cults in the world today, yet the sum total of all of these philosophies can be distilled into five major categories or worldviews. What are these five worldviews? And more importantly what type of people do they produce? For good or evil, what type of world potentially could these ideas unleash upon humanity particularly in these four decisive areas – Reality, Man, Truth and Values? Let us begin with what the five worldviews believe about Reality?

Naturalism: Regarding reality, I believe that the material universe is all that exists. Reality is one-dimensional. God, the soul and spirit are myths. All matter can be explained on the basis of material existence alone.

Pantheism: Regarding reality, I believe only the spiritual dimension exists. All else is illusion (maya). Spiritual reality (Brahman) is eternal, impersonal, and unknowable. Everything is a part of God and God is in everything and in everyone.

Theism: Regarding reality, I believe an infinite, personal God exists. He created a finite, material world. Reality is both material and spiritual. The universe as we know it had a beginning and will have an end.

Spiritism/Polytheism: Regarding reality, I believe the world is inhabited by spirit beings who control what occurs. God and demons are the real reason behind "natural" events. Material things are real, but they have spirits connected with them and, thus, can be understood in spiritual terms.

Postmodernism: Regarding reality, it must be interpreted through our language and cultural paradigm. Therefore, reality is socially constructed.

Socrates: Indeed, let us next transition to the idea of Man or humanity.

Naturalism: Regarding man he is only the chance product of a biological accident of evolution. Man is entirely material. The human species will one day cease to exist.

Pantheism: I believe man is one with ultimate reality. Thus man is spiritual, eternal, and impersonal. Man's belief that he is an individual is illusion.

Theism: I believe man is the unique creation of God. People were created "in the image of God," which means that we are personal, eternal, spiritual, biological and the pinnacle of His creation.

Spiritism/Polytheism: Man is a creation of the gods like the rest of the creatures on earth. Often, tribes or races have a unique relationship with some gods who cares for them but can also punish them.

Postmodernism: Man or humans are nodes in a cultural reality – they are a product of their social setting. The belief that people are independent, sovereign or possess a free-will is a myth.

Socrates: What are your ideas regarding Veritas (truth)?

Naturalism: Truth is essentially equal to scientific proof. Therefore, only that which can be observed with the five senses is accepted as real or true (empiricism).

Pantheism: Truth is an experience of unity with "the oneness" of the universe. Truth is beyond all rational explanation. Rational thought as it is understood in the West cannot show us reality.

Theism: Truth about God is understood through revelation. Truth about the material world is known via revelation and the five senses in union with rational thought.

Spiritism/Polytheism: Truth about the natural world is discovered through the shaman figure who has visions telling him what the gods and demons are doing, how they feel and how they can be appeased.

Postmodernism: Truths are mental constructs important to individuals within a particular cultural paradigm. Truth is irrelevant to other paradigms. Truth is relative to one's own culture and society.

Socrates: Finally, what are your beliefs regarding values?

Naturalism: Objective values or morals do not exist. Morals are individual choices or socially constructive behaviors. All values and social morals are subject to evolution and change.

Pantheism: Because ultimate reality is impersonal, many pantheistic thinkers believe that there are no real differences between good and evil. Instead, "unenlightened" conduct is that which neglects to understand essential unity.

Theism: Moral values are the objective expression of an absolute moral being.

Spiritism/Polytheism: Moral values take the form of taboos, which are things that aggravate or anger different spirits. These taboos are different from the idea of "good and evil" because it is just as important to avoid provoking evil spirits as it is good ones.

Postmodernism: Values are part of our social paradigms, therefore tolerance, diversity, freedom of expression, inclusion and refusal of absolute certainty on anything, are the only universal values.

Socrates: Let us hear the conclusion of this matter – Who are you? Politically every civilized culture today originated from two revolutions – Conservatism descends from the American Revolution (1775-83) and classical liberalism of the 1700s. Conservatism gave the world individual liberty, abolition of slavery, freedom of worship, freedom of thought, natural law, capitalism and the Republic. The Democratic Party originated from democrat socialism which descends from the anti-God movement called the French Revolution (1789-99) and has given the world perpetual war, genocide, slavery, Jim Crow racism, the Jacobins, Robespierre, Marxism, Darwinism, Nietzsche's God is dead philosophy, communism, progressivism, liberalism, eugenics, abortion, separation of church and state, socialist medicine – all predicated on the Eternal Lie of mankind being hell bent on trying to purge God from history, society and public policy.

Which worldview do you think assures mankind's survival and eternal blessings from God? Your response will answer an essential question of the Ages – Who are you?