November 7, 2015
Socrates (470-399 B.C.) was a famous Greek philosopher from Athens, who taught Plato, and Plato taught Aristotle, and Aristotle taught Alexander the Great. Socrates used a simple but cleverly profound method of teaching by asking revelatory, psychologically probing questions. The Greeks called this form Dialectic – starting from a thesis or question, then discussing ideas and moving back and forth between points of view to determine how well ideas stand up to critical review, with the ultimate principle of the dialogue being Veritas – Truth. 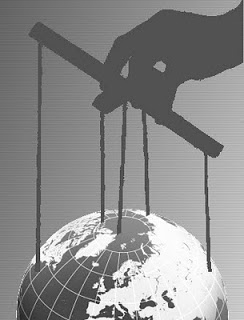 God said in Proverbs 21:1: "The heart of the King is in His hand... and He turneth it as He wills." This means that God is the invisible Puppet Master of the universe whose unseen hand controls all the affairs of Mankind through the Ages and that no evil action by Man will go unnoticed, or unavenged.

In whom also we have obtained an inheritance, being predestinated according to the purpose of him who worketh all things after the counsel of his own will.

"And God says, 'Doors that I have open, no man can shut, and doors I have shut, no man can open.' You don't have to run around chasing people, trying to get someone to open a door for you, just look up to the Puppet Master; He controls the opening of doors."

Socrates: We are gathered here today at my Symposium in the ancient Greek city of Ephesus on the southwestern coast of Ionia in order to examine the Biblical narrative of how God controls all of His Creation – including people and situations just like a Puppet Master controls the movements of a puppet. This text from chapter 1 of the Book of Ephesians brings to mind this pivotal question: What is Control? Who is in control – Mankind or God? The Humanists of the Renaissance Age (1300-1700) revived the words of my ancient Greek colleague Protagoras (c. 490–420 B.C.) that – "Man is the measure of all things." Yet the Biblical narrative declares God is the King of Kings and Lord or Lords. "That at the name of Jesus, every knee shall bow and every tongue confess that Jesus is Lord."

Thus we at this Symposium we are faced with a vexing, existential paradox which raises this dialectical question for the Ages – If God is in control, why is there such existential chaos, anarchy, and nihilism throughout human history?

Narrator: Now let us hear the Word of the Lord according to St. Paul's letter to the Church at Ephesus 1:3-12 –


3 Blessed be the God and Father of our Lord Jesus Christ, who hath blessed us with all spiritual blessings in heavenly places in Christ:

4 According as he hath chosen us in him before the foundation of the world, that we should be holy and without blame before him in love:

5 Having predestinated us unto the adoption of children by Jesus Christ to himself, according to the good pleasure of his will,

6 To the praise of the glory of his grace, wherein he hath made us accepted in the beloved.

7 In whom we have redemption through his blood, the forgiveness of sins, according to the riches of his grace;

8 Wherein he hath abounded toward us in all wisdom and prudence;

9 Having made known unto us the mystery of his will, according to his good pleasure which he hath purposed in himself:

10 That in the dispensation of the fullness of times he might gather together in one all things in Christ, both which are in heaven, and which are on earth; even in him:

11 In whom also we have obtained an inheritance, being predestinated according to the purpose of him who worketh all things after the counsel of his own will:

12 That we should be to the praise of his glory, who first trusted in Christ.


Socrates: Bishop Jakes, tell this Symposium why you chose this text from Ephesians for your sermon on the Puppet Master?

Bishop T.D. Jakes: Ephesians is one of my favorite books... It's not for everybody. It's not for wimps. It's not for wisps, it's not for babies. It's for people who are ready to chew on the meat of the Word of God. It has a shadow in the Old Testament book of Joshua, which is a shadow of what the Book of Ephesians is in reality. It is a book that deals with possessing the things of God. It deals with a Joshua's Generation of people who have made the commitment that we refuse to wonder in the wilderness of our father's failures. And we have purpose and we are willing to cross over the Jordan [River]. And to stick our staff into new land and say, "I claim it for mine in the name of the Lord Jesus."

When I went to the puppet show, they rolled back the curtain. The puppet, you couldn't see him at first because he was laying prostrate in the floor. But when the time was right, [the Puppet Master] pulled him together; he would stand up and began to move and dance and we would clap and make noise. We were clapping for the puppet, but we didn't know that up above our heads, it was the Master that made the puppet dance. No matter how good your performance or how well you do, or how many people clap when you do what you do, they see the puppet, but look up you see the Master. You know that if he had not moved in the heavenlies, you could not move in the earth realm.

Socrates: Bishop, what were the best times of your life? Were they when the Puppet Master made you move, or when He made you rest?

Bishop T.D. Jakes: I would have thought the best times in my life were the times when the crowds applauded... But the best times in your life are when the crowds have gone home, and the lights have gone out, and the puppet is tired and laying prostrate in the floor... And the Master reaches down his hand and picks up the puppet and says, "You're mine!" And He begins to minister to the puppet, and restore the puppet, and begin to apply oil to the puppet so that his joints can still move.

Socrates: What is control? Is control what the Sophists and later the Gnostics say is an illusion? One text defines it as the ability "to exercise restraint or direction over; dominate; command; to hold in check; curb." Later, when that same text defines control – "to eliminate or prevent the flourishing or spread of..." it initially sounds oppressive, repressive, even counterintuitive to fostering the Humanist, Enlightenment ideal of Mankind, however, upon closer scrutiny this dictionary definition seems derivative of how God in the beginning sought to regain control of Mankind back from Satan and to Redeem Humanity. In the book of Genesis 2:17 – But of the tree of the knowledge of good and evil, thou shalt not eat of it: for in the day that thou eatest thereof thou shalt surely die.

God was always in control, but Man's evil human nature was always at war against God to seize control, power that he was not intended to have. God, thus faced a divine dilemma – Justice demanded that Man and Woman be cast out from the Garden of Eden after eating from the forbidden Tree of Knowledge of Good and Evil. Yet, when God imposed this punishment against them, it was as an act not of punishment, but of Love and Mercy. Why? Because if Adam and Eve ever ate from the Tree of Life, they would have lived in an existential, grotesque sinful condition for Eternity. (Imagine Hitler or Stalin living forever).

A State of Nature English Philosopher, Thomas Hobbes calls by the Latin phrase, Bellum omnium contra omnes – "the war of all against all." A State of Nature void of God's Redemption of Humanity where in his Leviathan (1651) Hobbes declares has – "No arts; no letters; no society; and which is worst of all, continual fear, and danger of violent death: and the life of man, solitary, poor, nasty, brutish and short."

Bishop T.D. Jakes: They don't know that "He is working all things after the council of His own will." The Puppet Master is awesome because He has control of everything; he makes the puppet dance, he makes the puppet move. He has a string on everything. He has a string for the stage, all the props he can make them move by the manipulation of his hand. When he gets ready he can open the curtain or close the curtain. And God says, "Doors that I have open, no man can shut, and doors I have shut, no man can open." You don't have to run around chasing people, trying to get someone to open a door for you, just look up to the Puppet Master; He controls the opening of doors. 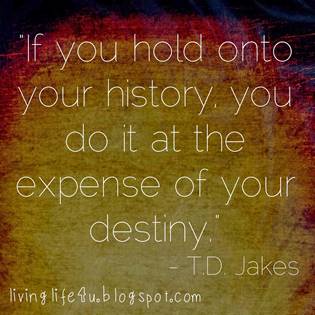 Socrates: Bishop, you seem to understand that, "The secret of change is to focus all of your energy, not on fighting the old, but on building the new."