July 31, 2010
Should Russia be considered a victim of Soviet-era totalitarianism  or is the present Russian elite working to advance a neo-communist revival? A highly influential academic, Edward Lozansky, thinks so and is working for Russian victimhood while ignoring the Communist revival in that nations. 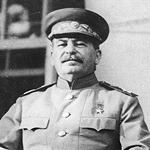 At present, a highly regarded and influential academic, Edward Lozansky, is working for U.S. acceptance of the idea that the Russian nation was a victim of Soviet oppression, like so many other nations and nationalities.

American security rests directly upon how we view Russia, whether as a victim of its past or as a nation under the direction of an elite dedicated to the cause of Marxist revival and global domination.

America is poised on a gigantic transfer of technology to Russia, a transfer which will be of enormous military benefit to Russia, and could erase American technical leadership.

Lozansky, president of the American University in Moscow and of the World Russian Forum, published a letter appearing in a popular Russian newspaper, in which he asserts that the United States should consider Russia a victim of Soviet totalitarianism, and that this recognition would have a "vast and enormous effect" on the "reset" of U.S.-Russian relations.

Lozansky's statements are important and must be taken seriously as they represent an influential trend of thinking within American business and government. Lozansky has numerous and powerful contacts in both the United States and Russia, and helps to train the experts who advise decision makers throughout the U.S. government and in private business. 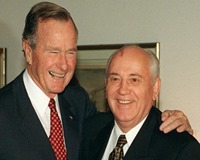 The American University in Moscow was founded in 1990 with the endorsement of Mikhail Gorbachev and George H. Bush. The world Russia Forum is a center for business leaders, government officials, public policy scholars, and experts on U.S.  Russian relations to exchange information and views.

For several years Lozansky has been a proponent of seeing today's Russia as a victim of past Soviet tyranny.

In his letter, Lozansky states that in September 2005 he wrote to then-Russian President Vladimir Putin, urging him to publically declare that Russia suffered "maximum damage" from Soviet oppression.

Lozansky admitted that he has not as yet received a "direct" reply from Putin. 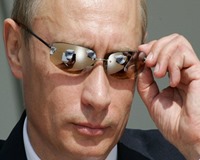 Putin declared in 2005 that the collapse of the Soviet Union was the "greatest catastrophe of the 20th century."

In November 2007, Putin gave the Order of Friendship to George Blake, one of the Soviet Union's most valuable spies. The British sentenced Blake to 42 years in prison on charges of espionage in 1961. Allied counterintelligence services believed that Blake was guilty of revealing the identity of hundreds of British agents, which would have led to their deaths at the hands of Soviet authorities.

With the help of pro-Soviet friends, Blake staged a daring escape from Wormwood prison several years after his incarceration. He then fled to the USSR, where he was honored with the rank of KGB colonel. Blake assisted in training Soviet spies, and by the time of his honor from Putin, Blake was still delivering lectures at the Russian intelligence academy.

Singing with the Spies

More recently, in July, Putin met with the ten deep-cover Russian intelligence operatives who were arrested in the U.S. and later exchanged for four individuals in Russian custody.

According to reports, Putin promised them "good jobs" and said that the ten will have a "bright future" ahead of them. With unusual gregariousness, Putin stated that he joined the spies in several patriotic songs, but refused to reveal where or when the meeting took place.

One of the renditions included was "From What the Motherland Begins," and is known as the "unofficial anthem" of Russian intelligence officers.

Lyrics of the song recall friends, mother, and pastoral scenes of Russia, but two of the later verses refer to the "paternal budyonovka" found in the attic, and the "oath" taken in youth and carried "in your heart." 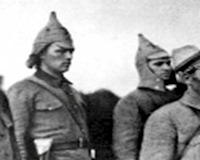 The "budyonovka" was the pointed head gear used by Bolshevik troops from 1918 to 1921, and is an reference is to father/grandfather being a Communist soldier some time during the Bolshevik revolution through the Russian civil war. There is the expectation of maintaining the tradition of loyalty and service to the Communist state from its earliest and bloody beginning.

The "oath" undoubtedly refers to the giving of oneself to "the Cause," the advancement of Russia and a Communist state.

Now You See It, Now You Don't Communism

Lozansky's letter to the Russian press began with an enthusiastic citation of recent remarks of the head of the Russian Duma's international affairs committee, Konstantine Kosachev.

The Duma is Russia's lower legislative house, and Kosachev's public statement describing Russia as a victim of "Stalinist totalitarianism" aappeared to run contrary to othe Kremlin's official line of reverie for the defunct Soviet state.

Lozanksy admits that Kosachev's remarks are controversial and acknowledges that the Kremlin had to give its "OK." 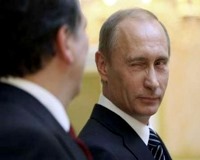 The nettlesome question remains: how and why would a pro-Soviet elite permit the public denunciation of the Soviet Union on the floor of Russia's most influential legislative body?

While Kosachev declares that Russia "pushed aside" Communism, which is certainly the sanctioned explanation in the U.S., there are those who view things differently.

Fidel Castro, certainly an expert on all things Communist, referred to the collapse of the Soviet Union as merely "naïve and inadvertent."

If Castro's view is accurate, then it is easy to see the present Russian elite as pro-Soviet survivors attempting to put Humpty Dumpty together again.

The actions of the Russian elite become more understandable when one realizes that the Russian government is dominated by its intelligence services  its spies.

Almost every major aspect of Russian society is controlled or influenced by current or "former" members of Russian intelligence services.

Russia is, indeed, a spy nation. 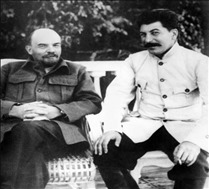 Allowing denunciations of Communism while seeking to advance Communism should be an elementary task for those already skilled in the art of deception.

There is even a Soviet precedent to make things easier for the current Russian elite.

In the early 1920s the Soviet Union desperately needed aid from the West. Much of the peasant population was in open revolt, strikes were paralyzing industry, the war with Poland was going badly, and Russia was still reeling from the effects of the Bolshevik revolution and the civil war that followed.

Vladimir Lenin, the founder of the Soviet state, had to take action  and quickly. War Communism, a system of barter and state requisitions, had utterly failed. Lenin and the Soviet state needed time, but Western governments were reasonably suspicious of a government devoted to the idea of world Communist revolution.

Lenin hit upon the idea of implying he was abandoning Communism, while engaged in a frantic effort to save Communism.

At this point Lenin introduced the New Economic Policy (NEP). A degree of capitalism would be allowed, while the state would continue to control most of the nation's vital industries.

Overnight Lenin was praised for "overthrowing Communism" and reestablishing capitalism in Russia. Many in the West were sure that Communism had failed, and that the Bolsheviks would be shortly out of power. 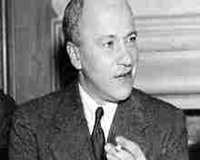 The New York Times informed its readers on August 13, 1921 that "Lenin Abandons State Ownership As Soviet Policy," and the author of the article, Walter Duranty, began his report by declaring that "Lenin has thrown communism overboard." Duranty knew that what he reported was false, but he played along with the Soviets.

Because the Soviet government did not allow Western reporters to enter Soviet Russia, Duranty reported on Russian events from Riga, Latvia,. Duranty's cooperation with the Soviets bought him permission to enter the Soviet Union and become one of the first foreign correspondents to report directly from Moscow.

Duranty later became an ardent admirer of Lenin's successor, Josef Stalin, and covered for various Stalin atrocities, including the mass murder of millions of Ukrainians during the "Great Famine" of the early 1930s. Duranty's biographer titled her work on Duranty Stalin's Apologist.

The life of the NEP continued until Lenin's successor, Josef Stalin, decreed its end, much to the dismay of many Communists who, like Lenin, recognized the advantage of continuation of the NEP.

Lessons from the Past Applied Today 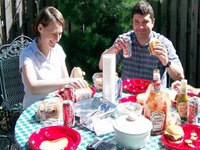 The resources available to Moscow for advancing its interests within the United States are enormous, and its chief interest is to increase Russian technological and military power at the expense of the United States. Moscow uses a wide range of individuals to obtain this end, from deep-cover spies to genuinely well-intentioned academics. 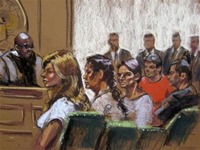 The present Russian elite is making sure that today's venture into capitalism is not cut short, but will obtain all advantages possible, from military to technological advances.

America must reject any attempt to provide victimhood to the present Russian government and those who dominate it. Russia did suffer from Soviet tyranny, as did many other nations, but the present Moscow elite still holds firm its belief in that tyranny.

Today's Russia needs to be seen as the unfortunate tool of an aggressive, pro-Communist elite which is allied with every anti-American nation around the world. The aim is to advance current Marxist ideology at the expense of God-given human freedom of conscience and action.

America must learn from the past, but it must be an accurate understanding which is not pre-designed for the benefit of those who would destroy us.