Lying to the dead: the past as a forbidden place
Atrocity in Ukraine is 21st century warning

August 3, 2010
Past is prologue, and it is difficult to sell an idea as virtuous if it has resulted in the merciless deaths of millions of innocent victims. Such virtue makes people nervous, even if the mass murder happened almost eighty years ago. Slaughter has no statute of limitations, especially in the mind. 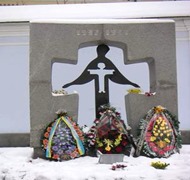 The resurgent Communist movement has just that kind of past, which it is attempting to hide.

The people of the Ukraine are struggling to keep alive in the human consciousness one of the most savage incidents the world has ever known: the 1932-33 famine. The National Memory Institute of Ukraine is the institution charged with that responsibility. 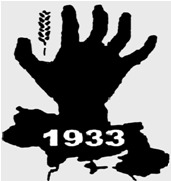 Sometimes known as the Great Famine, the Terror-Famine, or in Ukrainian, The Holodomor, as many as 10 million may have died during the years of the famine, which centered upon Ukraine. Although the toll in human life was astounding, the West knew little about the incident until Robert Conquest's Harvest of Sorrow in 1987.

The recently elected pro-Russian, pro-Communist government in Ukraine seems determined to re-cast the Terror-Famine as a tragedy the Soviet Union attempted to stop.

The new Ukrainian government has put Valery Soldatenko, a proud Communist, in charge of the National Memory Institute. Soldantenko's personal belief is that the Soviet government under Josef Stalin did all it could to lessen the effects of the famine and sought to aid its victims.

Soldantenko states that the famine was not initiated by Stalin, but "the result of difficult circumstances," according to Radio Free Europe's Ukrainian Service.

The facts cry out a far different story.

The background to the Terror-Famine was Stalin's determination to impose collective farming on an unruly peasantry. In the preceding decade, peasants had staged armed revolts against ever-increasing farm production quotas from Moscow. Lenin was forced into concessions to the peasants, which, in part, brought about the New Economic Policy (NEP) and a temporary Communist retreat.

Stalin ended all concessions as well as the NEP. As the secret police (NKVD, the predecessor of the better known KGB) hunted down NEP capitalists, Stalin again increased production demands on the most fractious of the peasant communities, especially in the rich farming area of Ukraine.

Stalin knew no mercy. As the quotas from Moscow increased, little was left for the peasants to live on, but this was only the beginning.

NKVD troops, the military branch of the secret police, roamed through the countryside and without warning shot any peasant seen gleaning grain from his own fields. Soldiers blocked roads to prevent the peasantry from flooding the cities. The Communist authorities forbad all citizens from providing assistance to any peasant who was able to get to a city. Many peasants died in the city streets. Communist authorities raised plague flags over villages where the population had starved to death.

Communist authorities did bring some Ukrainian children into orphanages. Years later, some of these children voluntarily joined the same secret police which had hunted down their parents.

A few famine victims attempted to flee into forested areas and stage an armed resistance. Soviet troops, however, combed through the forests and quickly eliminated all potential rebels. 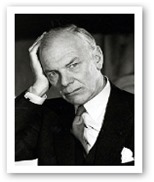 At the time of the famine, the Soviet Union was exporting grain.

The famine area was strictly off limits to all foreigners. A few reporters attempted to travel to the area. Fewer were actually able to tell their story to the outside word, and the most successful of those reporters suffered for their journalism. The British reports of Gareth Jones (right) and Malcolm Muggeridge (left) were met with editorial skepticism and a dismissive response from The New York Times Moscow correspondent, Walter Duranty.

Later Muggeridge called Duranty "the greatest liar of any journalist I met in 50 years of journalism."

The general public in the West only became aware of Stalin's Terror-Famine with the publication of Conquest's book, over 50 years later. 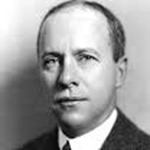 In 2003, The Ukrainian Congress Committee of America obtained a 1931 memorandum from the U.S. State Department which was sent from the U.S. Charge d'Affairs in Berlin to U.S. Secretary of State, Henry L. Stimson , which details a meeting between an embassy official and Walter Duranty. The memorandum quotes Duranty as admitting that, "'in agreement with the New York Times and the Soviet authorities,'" all of Duranty's dispatches "reflect the official opinion of the Sovíet regime and not his own."

In other words, the reports that Duranty sent from Moscow and which were published in The New York Times were Soviet propaganda, and all parties knew it  Duranty, The New York Times, and the very grateful Soviets.

The dead still cry out for the truth be heard, but it is more of a warning for us than mere melancholy for their sad end on earth.

For our own survival, we must listen.