Not your father's Cold War 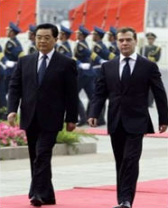 Cyber attacks penetrating U.S. hyper-sensitive security points, espionage activity directed at the United States at unprecedented levels, and ideological rivals pouring billions into armaments: It's not the politically correct thing to say, but we are in another — or continuation of the first — Cold War. Unfortunately, unlike the first round of the Cold War, we are having difficulty realizing we are in real danger. 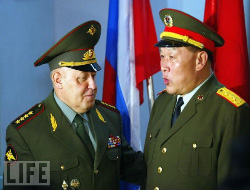 In the beginning, in 1946, it was easy for Americans to recognize the enemy. The sinister image of Soviet dictator Josef Stalin hung over the specter of thousands of Red Army tank divisions ready to plunge into Western Europe from already conquered nations in the Central and Eastern part of the continent. 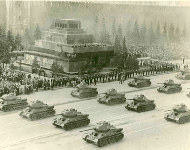 The Soviet leadership which succeeded Stalin, from Nikita Khrushchev to Mikhail Gorbachev, both looked and acted the part of oppressive Communist bureaucrats, as was the case with the leaders of Soviet-supported puppet governments. Successful Communist revolutionaries, from Mao to Fidel Castro, followed the Soviet example of appearing as dictatorial stereotypes. 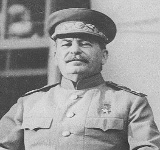 Shortly after World War II, the American public quickly began to recognize the peril facing the United States and its allies from Soviet aggression, and did not need policy experts to explain the dangers to the nation. The generation that fought Nazi German and Imperial Japan saw the familiar pattern of military dictatorship attempting to dominate its neighbors.

For the most part, the American public stood firm against Soviet expansionism, and finally in 1991 the USSR collapsed.

The world rejoiced at the fall of what Regan called "the Evil Empire," and many attributed the collapse to the triumph of anti-Communist forces led by Reagan, Margaret Thatcher of Britain, and Pope John Paul II.

One particularly notable expert on Communist practice and theory disagrees. Fidel Castro has called the fall of the USSR "naive and inadvertent." Castro acknowledged that the Communists had not gone away, and that they had only were in process of changing their methods.

Communism would now use capitalism to advance Marxist ideology, while depending on those who oppose Communism in principle to be unable — or even unwilling — to recognize a different but still a very dangerous new strategy which immediately threatens all who value human freedom and which is meant to bring eventual victory to Communism and its believers. 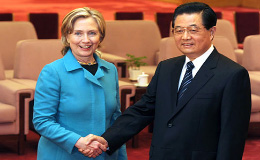 Today, well-rehearsed manners and smiles have replaced clumsy Soviet attempts at intimidation. Charmed by a cultured, well-tailored imagery, and encouraged by the promise of ever greater profits, Western investment flows into China and the "new" Russia. In turn, Western money finances an unprecedented military buildup in Russia and China, powerful espionage and cyber attacks against the U.S., and the support of every anti-American regime, from the Islamic Republic of Iran to neo-Marxist Venezuela.

The post-Soviet, neo-Communist charm offensive would be useless, however, if it were not for the willingness of many influential Americans to ignore reality and believe what they want to believe.

The experts fail to acknowledge with any real concern that some 1,700 Chinese rockets are aimed at the free island of Taiwan, that North Korean aggression would be impossible without the aid of Moscow and Beijing, and that Iran's atomic capabilities are attributable only to Russian nuclear aid.

Most importantly, the political pundits and experts fail to recognize the ideological bond among the neo-Communist nations, from Russia's spyocracy to overtly Marxist Cuba.

Democracy is understood to be "dead" in Russia, a fact recognized by some for years and documented as an observation within U.S. diplomacy, according to the unauthorized, and certainly criminal, release of restricted information released by Wikileaks. Unfortunately, the Communist-oriented nature of the Russian government remains unacknowledged.

Cuba's "liberalization" under Raul Castro's orders is still seen as an admission of failure by the Cuban government, when, in reality, the new economic policies on the island are simply tactics to strengthen Communism in the future.

The time is long past when America can afford to ignore the obvious. The general public may be forced to lead the experts in recognizing the alliance of Communist forces, their hostility to the United States, and their close alliance with the anti-American forces of fundamentalist Islam.

The threat posed by today's brand of Communist aggressors do not offer the old images of heavy tanks ready to roll across the border at any moment. Although the image is different, the danger to America and its God-given freedoms is just as pressing as in the days of Stalin and the Soviet Union.

FOR THE FIGHT: GETTING BACK TO BASICS

Communists from Lenin to Putin and Chavez are not impressed by the success of capitalist, free market economics. In reality, the fight is not over economics at all, it is over who will control humanity, because God and God-given rights have no place in Communist theory or practice. God may be acknowledged, but His presence is at the discretion of the All-Powerful State.

The atheistic aspect of Communism was abhorrent to Americans a generation ago. The generation that defeated the fascist Axis powers and then stared down Stalin's tank divisions was generally a church-going group, or, at least, the vast majority of Americans respected religion.

It was also an era when Christmas was Christmas, and not "the holidays." It is noteworthy to remember that the term "holiday" comes from the Old English term for holy day.

Recently, the Smithsonian considered ants crawling across a crucifix to be art. This kind of "art" a generation ago would have been seen for what it is, blasphemy against almighty God, the source of all life.

The Smithsonian travesty was withdrawn — but only after it had been open to the public for a month and a CNS news story brought the sickening depiction to public attention.

The great majority of Americans know that we cannot exist as a society or as individuals without God. We cannot expect assistance from God unless we honor and obey Him.

The key to the fight against neo-Communism, and its Islamic fundamentalist allies of convenience, is precisely what the social elite of the United States cannot abide, a love of the Creator of life and the assertion of belief of God within society.

The brave men and women of the previous generation knew this, we must demand that America again recognize God as the source of our strength and hope.

God bless you all.

And an early Merry Christmas!