March 8, 2011
Four decades ago the U.S. national media misinformed the American public about the events taking place in a place called South Vietnam. The result was America's first military defeat (although we never lost a major battle) and the destruction of brave allies some 10,000 miles away from American shores. 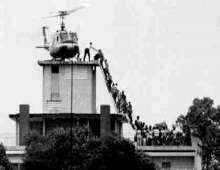 Today, the same media combine continues to mislead the American public. The enemy, however, is now within our borders. At risk this very moment is not some far away ally, but the very existence of our own nation. 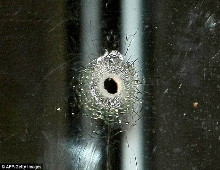 America can no longer afford to tolerate the distortions of the "mainline" media about the threats which are upon us. Information is essential to understanding these threats, but the "mainline" media has left the public uninformed and, therefore, dangerously vulnerable.

One example is the recent shooting of American service personnel in Germany.

Arid Uka went on a shooting spree Wednesday, March 2 at the Frankfurt, Germany airport killing two U.S. service members. Uka, whose parents had lived in Germany for 40 years, worked at the airport which is a transit point for U.S. military personnel into and out of Europe. Uka asked his victims if they were going to Afghanistan. When they replied yes, he shot them. 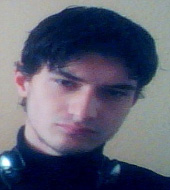 Press reports state that Uka was a lone Islamic fanatic, but German sources reveal that Uka was a devote of a particularly rabid brand of Islamic militancy called Salafism, and his Facebook account was a "veritable who's who of German salafism."

The above information is important for the general public's accurate perception of militant Islam's potent threat and its use of social networking media. Uka had been raised in Germany where his parents had lived for 40 years. All this was outweighed by the influence of Islamic fundamentalism as evidenced on his Facebook page, where he posted his rants and kept in touch with like-minded fanatics.

The members of the German press had no difficulty in quickly reporting the above facts, unlike their American counterparts. U.S. reports on the deadly attack played down Uka's ties to militant Islam.

Bloody fanatics "acting alone" but still identifying with Islam's militant factions have been already active in the U.S. The most shocking was in 2009, when American born Army Major Nidal Hasan killed 13 and wounded 29 more in the Fort Hood attack. Other attacks have been foiled ranging from the use of car bombs to baby dolls. 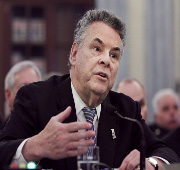 Uka's attack should alert Americans not only to society's vulnerability to assault from what might be called a "lone wolf," but to the fundamental threat caused by influential media personnel who refuse to adequately report the kind of enemy America, and the world, now faces.

The U.S. House Homeland Security Committee, chaired by Representative Peter T. King, is beginning its investigations into the radicalization of Muslims in the U.S. It would also be within the scope of this Committee to examine how fundamentalist attacks are reported by the still powerful "mainline" media.

Is there an element of coercion influencing reporting on militant Islam? What is the role played by "politically correct" assumptions in reports? Is money playing a role?

A report from Britain's Telegraph states that millions of dollars have flowed from Saudi Arabia to British universities in an attempt to "change the intellectual climate" in Britain regarding Islam.

Is the same thing happening here on a similar scale?

The so-called "mainline" media must be held to public account for its tepid response to a national crisis.

Answers are needed, the lives of millions, possibly the survival of the nation depend upon how the public is informed — or misinformed.

Congress must begin investigations to find the answers.