Jesus is with us, whether the left likes it or not 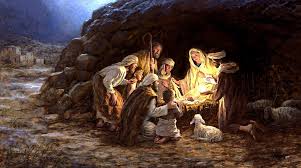 The assault on Christmas continues and appears to be gaining ground. "Happy Holidays" and other vapid greetings have all but replaced Merry Christmas. Forgotten is the season of Advent, during which we prepare for the coming of the Christ Child. Because Advent is discarded by the general society, Christmas Day comes as almost an afterthought, a climax to an intense commercialism which lacks any fundamental meaning.

Even more remote is the Christmas Season which begins with Christmas Day and ends with the Purification of the Blessed Mother on February second, now commemorated as Groundhog Day. The Twelve Days of Christmas are now the countdown to December 25, but, according to tradition, they were the days from Christmas to Epiphany, which was celebrated on January sixth. The counting considered the period from December 25 to December 26 as one day, and so on to the twelfth day on the sixth of January.

When "Good King Wenceslas" looked out his window on the "Feast of Stephen," it was on December 26th, the beginning of the second day of Christmas.

This is not a mere reverie for traditions past, but is a recognition that our society no longer honors Christ.

It is simply not PC.

Ignoring Christ, however, is not just a bad idea. It is a fatal error for our society and our nation. Our survival is at stake.

Throughout our history, America has turned to Jesus for strength in times of turmoil. George Washington kneeling in the snow at Valley Forge is – or was – a familiar image testifying to America's dependence on God. We still have "In God We Trust" on our coins.

Our traditions of the sanctity of human life, the concept of a just war, marriage as a sacred institution are all based on revelations coming from Christianity. The concept of "rule of the people," known to us as democracy, comes from the Greeks, but it was reborn in the Italian city-states and expanded into the governing of much larger nation states during the so-called Middle Ages. (The term Middle Age was initially used by the enemies of the Catholic Church to denigrate any activity which occurred between the end of the Roman Empire in the West to the so-called Renaissance).

When we discard Jesus, we also discard our humanity. The baby in the womb becomes a ball of cells which can be disposed of at will. Those who successfully make it out of the womb are then judged on the political correctness of their speech, thoughts, and actions. Marriage is no longer the joining of man and woman to participate in the wonders of creating new life out from a very special kind of love, but is now some ill-defined legal union for the purpose of mutual support and sexual aggrandizement.

As life becomes increasingly meaningless, individuals find the turmoil of life to be nearly impossible to handle. Drugs and casual sexual encounters take the place of prayer and reflection on God's purpose for us.

As a nation, we cannot hope to confront the trials ahead of us if life itself is meaningless.

We see radical Islamists on the march, beheading children and slaughtering masses of civilians, and we are on their list of prime targets.

For the most part unrecognized is the threat to our national existence posed by the de facto military alliance between overtly Communist China and not-so-covertly Communist Russia. While the radical Islamists may be able to destroy part of a city, the Russian-Chinese alliance is aiming to eliminate the United States either through political subjugation or outright annihilation.

At this writing China is actively working to intimidate our Asia-Pacific allies, while Russian troops are in Ukraine, and national political leaders in Germany and Poland fear an eventual Russian invasion.

Strength from Christ built this nation, and only strength from Christ can save us from the perils before us. Jesus is with us, despite what the Left would like, but we must put Jesus first in our lives, and in our national life, if we are to invoke Him.

And, of course, we wish you a Merry Christmas – all the way up to the Feast of the Purification (the groundhog notwithstanding).