June 8, 2012
Entire nations are financed by the central bankers of the world. Think of that. They are so wealthy, they can afford to do what it takes to keep their names off the lists of the richest people in the world. 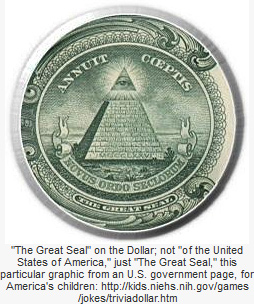 If they are not very, very smart, themselves, they can afford to hire many of the most intelligent and educated people in the world, to lend them their smarts. And clearly, they do not work on their own; they work in accord with other powers that be, whether despotic rulers, royal, fascist, Marxist, and controlled-democratic (and their intelligence agencies) — or their other chief customers, the tycoons of transnational corporations and media enterprises.

Together, they know very well the human destruction caused by:
They are destroying the economies of the world in what has been referred to as MAED, mutually assured economic destruction, a foolish consequence of globalizing the world's economies, overriding the concerns of national interest and national sovereignty instructed us by Adam Smith at America's founding.

And now we see they are initiating what appears to be the final phase of devastation, the force feeding to banks, including our American banks, of toxic assets via derivatives, the very same conveyance of economic pathogen which caused the 2008 meltdown.

Tell me how they are not doing this intentionally.

Frankly, I believe God Himself has warned Pat Robertson among others, including my minister friend Phyllis Ford, of this evil, telling Robertson, "This is not my judgment. They are bringing it upon themselves."

A key perpetrator in this work (one who actually deems himself god and as he has told us, has fun subverting nations) George Soros has, as usual, tipped his hand about it in a way that would inoculate himself to the foolish as a mere analyst serving the world's concerns. And an actually virtuous financial analyst who on Monday, June 4th, passed on to our Maker, Bob Chapman again warned amidst the details, as late as the previous day.

And, Gulag Bound and others have warned about it, over and over again. We have even warned of Barack Obama's role in the sabotage. Further, we have alerted those who pay attention to what is readily apparent as the logical intention for the next president. That is, the horrific end of the sovereign and free United States of America, to be played out by a prospective globalist Quisling, Mitt Romney, next term — a man who habitually disguises himself in patterns of deceit.

Who cares to heed the warning?

For more of the details of this poisoning of the world, see the following.

US and European regulators are essentially forcing banks to buy up their own government's debt — a move that could end up making the debt crisis even worse, a Citigroup analysis says.

Regulators are allowing banks to escape counting their country's debt against capital requirements and loosening other rules to create a steady market for government bonds, the study says.

While that helps governments issue more and more debt, the strategy could ultimately explode if the governments are unable to make the bond payments, leaving the banks with billions of toxic debt, says Citigroup strategist Hans Lorenzen.

"Captive bank demand can buy time and can help keep domestic yields low," Lorenzen wrote in an analysis for clients. "However, the distortions that build up over time can sow the seeds of an even bigger crisis, if the time bought isn't used very prudently."

"Specifically," Lorenzen adds, "having banks loaded up with domestic sovereign debt will only increase the domestic fallout if the sovereign ultimately reneges on its obligations."


By Mark Levin, via therightscoop.com:


Mark Levin on banks being told to buy US debt: This is how our government destroys our country!

This is really, really not good. It's like the mortgage crisis starting all over again, where banks were told by our government to make loans to people who couldn't pay them back. Except this time banks are being told to buy government debt that the government may not be able to pay back. And that could lead to a debt bubble that will devastate America when it pops.

Here's an excerpt from the audio:

continues, with audio of Levin


They who execute according to plan, have planned for themselves. Let us not think the megacriminal central banksters and fellow hoarders, manipulators, and destroyers intend to be hurt, if we let them get away with it all. No, their pattern is to invest in just the right ways to prosper all the more from falls, as well as rises. They have planned for our destruction and their recreating the world according to their own desires (as any student of Agenda 21 and similar plans should know, by now).

Lastly, from my own musings about this hideous melodrama being played out before the disbelieving and ignorant eyes of Americans and the populations of the entire world, a statement of intent.

Featured in "The Failed State Strategy for 'Progressive' America," September 22, 2010:


Video, "The Phoenix Economy: A Conversation with John Elkington"
(Do you need a transcription? Want to write it for us?)
We will be looking further into the allegations and evidences of just how evil are these wannabe global controllers — and just how they are evil. In doing so, we will not be ignoring the evidences regarding secret societies, nor of the occult among some, as well as mammon-materialism among others.

Whatever I tell you in the dark, speak in the light; and what you hear in the ear, preach on the housetops. And do not fear those who kill the body but cannot kill the soul. But rather fear Him who is able to destroy both soul and body in hell. Are not two sparrows sold for a copper coin? And not one of them falls to the ground apart from your Father's will. But the very hairs of your head are all numbered. Do not fear therefore; you are of more value than many sparrows.

- Jesus Christ, sending his disciples out on a mission, in Matthew 10 (or, read aloud to us)