August 7, 2012
The world's Marxists did not vanish in 1990 (nor America's). Nor did fascists disappear in 1945 (including America's). Likewise, power-hungry, authoritarian political and financial controllers, of and in America did not poof out of existence, in 1776. 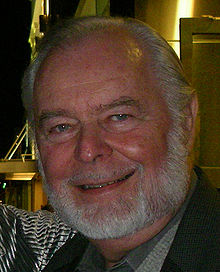 A number of times we have referred to G. Edward Griffin's critically important interview of one of the Twentieth Century's greatest heroes, Norman Dodd. Do listen to that, if you have not.

Now I suggest you hear from Mr. Griffin himself, author of Federal Reserve exposé, The Creature from Jekyll Island, 1994. Here, he speaks of the nature and practice of authoritarianism, or as he states it, collectivism and the increasing success of globalist authoritarians to seize control of America. There are many kinds, not just Barack Obama's kind. But, there is only one direction to go, from freedom and the shared sovereignty of all U.S. Citizens.

I think it will be very challenging from the start. Please pay attention to the concept of the controlled false-front of "the right-left paradigm." It is a key element of Hegel's dialectic materialism and as it is applied by Marx and those of his ilk to this day, whether they love or hate the word, "communism." It is what is referred to by the Overton Window, at least when that is a big-picture window. It is the method of the Fabian socialists and the Frankfurt School. It is gradual revolution, which would return America to imperialist colonization and subjugation.

And this coincidence is no mere happenstance: pitting one side against another and profiting from it on both sides, in power as well as money, are hallmarks of the central bankers of modern history, especially the Rothschild complex.


This video is presented by Prison Planet TV, whose CEO is Alex Jones. Jones tends, in my humble opinion, to shoot from the hip, with his lip. There is some P.T. Barnum in him. Personally, I may agree with around 70+% of what Jones says over the course of a span of his programs. But I'd guess I agree with 90+% of what Griffin is saying here.

Points of difference include the following. I think he is a bit too jaded about many Republicans, especially when the word means all who vote Republican and call themselves by that label. Leaders such as Sarah Palin and Newt Gingrich should be rewarded, not sniped at, from fellow patriots such as Griffin and many in the John Birch Society, when the former take pains to pull out of The Matrix and work for the principles of America's national and popular sovereignty, and the defeat of the "crony capitalism" that Griffin here assails.

If open-eyed patriots are going to win the soft war waged against us, we will need to be kind to those we draw to us. However, we will need to tell the truth, the whole truth, and nothing but the truth and let God deal with the consequences. When we fail to tell the truth about Republicans or Libertarians who knuckle under to the globalist complex, we become tools of their dialectic manipulation.

So, let us all take our right-and-left blinkers off and run the race set before us! The world needs us to win.

And what about the two-party system? Should we take measures to deconstruct it, perhaps to eliminate it entirely? We were warned about it by none other than George Washington. He knew about the proto-Marxist Jacobins, the Illuminati, and central banksters of his time.

Do you have observations or questions? Write them below, if you please.