Arlen Williams
Elections: worry not for Romney, work for Congress & the states

September 25, 2012
Here are two examinations showing that Mitt Romney is on a virtual glide path to the presidency.

First, a conservative evaluation and by that I don't mean "severely conservative" like Mitt Romney, nor even ultra-crazed-nutjob-extremist-suspected-terrorist conservative like the founding fathers — or the patriots who regularly tend Gulag.

I believe Romney's victory will be as mild as Dick Morris indicates, if he continues in his course of showing himself the transnational progressive he is, as he is today, addressing rather than confronting the Clinton Global Initiative. His alternative would be to fool more conservatives about himself, by truly exposing Obama and talking in Reaganisms or TeaPartySpeak, regardless of his actual core affinities, money-connections, and the misplaced political doctrines of the Romney family (think left of Nixon).

The published polling in this year's presidential race is unusually inaccurate because this is the first election in which who votes determines how they vote. Obama's massive leads among blacks, Latinos, young people, and single women vie with Romney's margin among the elderly, married white women, and white men. Tell me your demographic and I'll tell you who you're voting for and I'll be right at least two times out of three!


Another, potentially even more Romney-optimistic analysis comes from unskewedpolls.com. Something to bookmark and monitor, it attempts to undo the 2008-oriented skewing and shows a very stubborn lead for Romney. By inference, beyond just a stubborn core and substrate, a near landslide might have been in the works with an actual pro-sovereignty conservative, were he able to overcome media attacks (someone more like Sarah Palin or Newt Gingrich, if they had very wise media handlers and strategists, and behaved themselves with both aggression and discretion).

As for Obama doing anything crazy, in order to try to gain the upper hand — if that were to happen, the craziness would show. And Obama never did have the upper hand, his handlers did. Now, the globalists' central bank and megabank money is on Romney — literally. As the saying goes, "Money talks and... 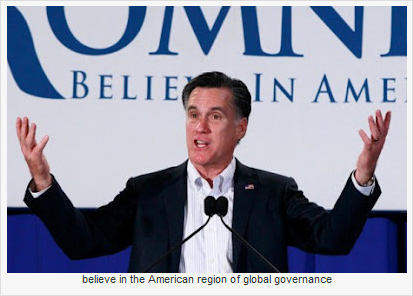 The Marxstream media have shown their cards. They know their polls skew the race in Obama's favor. Obvious from their hive-mind behavior, they have mutually decided to portray Romney, day-after-day, as an out of touch elitist, taking an element of truth there, while casting him as gaffe-plagued (actually, plagued by them and that very propaganda, but with some real help by Romney and his fellow RINO managers). Whatever he says or does, the media will do the "there he goes again" thing.

That will coddle those already opposed to him ("the 47%" or otherwise) but will simply not overcome the economic realities of Obamunism, nor the felt needs of those suffering under its onset in the prolonged economic and psychological malaise. The outrage is genuine; we know that and we will carry neighbors to the polls, if necessary.

The media's false Obama lead stratagem, however, could provide a cover for gross election fraud, theoretically, or for charges of GOP voter suppression and fraud, after Obama loses. So, unless they are fully exposed in their deceit of the level of mass psyops, their corruption still parlays a "win."

Meanwhile, Romney has shown his authoritarian prog-elite colors, with the "RNC Power Grab," his speaking up for special homosexual rights, and for preserving elements of RombamaCare. As president, he will likely be a friend of Israel, during this critical time. Independent, sovereign America, though? That would take a reverse of course, for this former governor of Massachusetts who testbed implemented Agenda 21 while he was there, as well as the healthcare mandate. No, he is not with Obama in the left pocket of the global mammon complex. Look on the other side of its cashmere (and I do mean lots of rich, debt-ballooning, fiat cash, merely) slacks.

It is wise, in light of all this, to focus upon helping truly sovereignty-sound candidates, down the ballot. It is the U.S. Senate which approves or rejects treaties, including the present onslaught of attacks from the United Nations. Especially due to the Romney/RINO/media effect, the GOP may not win the Senate back, but it is still theoretically possible. Nevertheless, the side of authentic America can still make gains. For example, do we want Tommy Thompson and Todd Akin to replace Democrat incumbents, or are we willing to let their opponents, Marxist and militant lesbian, Tammy Baldwin and Clintonista Claire McCaskill, haunt Congress for the next six years?

It is the House, where most measures begin, which can either tear away or build back codified respect for popular sovereignty, state sovereignty, the authonomy of religious life, the rights of parents, and our essential rights spelled out in the Declaration and Bill of Rights. Here, do we want challenges to Michele Bachmann and Alan West to succeed? 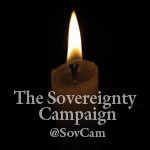 The states and their governments must increasingly oppose the anti-federalist tyrannies of Washington and even the anti-American doings of lower Manhattan, witness Agenda 21. Resistance and nullification must happen in the states.

What happens in the realms of massive money moves, and of free and paid media determine the efficacy of presidential campaigns. Worthwile campaigns down the ballot are those which need much more, the labors and checks of the conservative Citizenry. I am not saying ignore the threat of Barack Obama. I am saying use the threat of Barack Obama for maximum effect! — while you still can!

Personally, I am busying myself to gain a sound, initial step for the Sovereignty Campaign, but will still try to post quick-hit items in Gulag, between now and November 6. Keep pushing! Go door-to-door in your neightborhoods for the right candidate! Make phone calls to neighbors! I hope to feature RNC-free organizations which can help with that, very soon.