Stanley Zir
Biden and Obama, one and the same
Welcome to Afghanistan Two: Iran

America had almost succumbed to the tyranny of godless secular communism here at home, of which Obama was the primary instigator, but Donald Trump foiled his plans. It's now 2021 with President Trump temporally sidelined by a communist rigged election, and with Biden in the White House, Obama's army is back and doing his bidding, completing Obama's political coup against the Constitution of the United States of America: Transforming America into a full blown totalitarian state. This tyranny, embraced by Biden, is the dangerous reality America faces.

The op-eds to follow alert us to the fact that Biden and Obama are one and the same, and .unless America recognizes and throws off this tyranny at home, all is lost.

Every nation has a mandate – a protocol – that defines its purpose and cause. For America, it is her stance against tyranny. Simply put – one knows what a nation stands for by what it stands against. Yet, America is about to cross a line from which there is no return; she is about to abandon her mandate that has defined her just purpose and cause and made her exceptional amongst all the nations in this world – her stance against tyranny.

No matter what Obama has done until now; no matter what he has taken from us so far; and no matter what financial burden we must bear, there is one thing we cannot permit him to bargain away – the soul of our nation. Here we must draw the line. While we may recoup our financial losses from President Obama’s domestic policies, we can never reclaim the soul of this nation if we embrace a foreign policy that forfeits our stance against tyranny in this world. Such a foreign policy would not only lead to the destruction of the moral fabric that binds America to liberty’s decrees, it would bring financial ruin to our nation.

In 1776, America’s Founding Fathers proclaimed that they would never again be bound by any of tyranny’s decrees. With that as their benchmark, they crossed the bridge to freedom and entered liberty’s universe, whereby a new Constitution replaced tyrannical heresy as the sovereign of a new Republic. It was not just any Republic that they created, but a “Never Again” Republic in which the individual’s right to stand up and defend himself against any forces that would subdue his inalienable rights was activated, and, with it, the conflict between a new nation of democracy and nations which embraced totalitarian systems of oppression was set in motion. 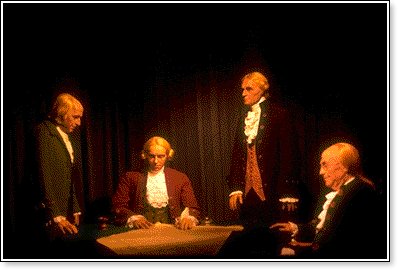 Yet, America, a nation that time and time again has risen from the ashes of her own iniquity to serve liberty’s just purpose and noble cause; a nation that has subdued the raging forces of tyranny’s evils that would condemn humanity to an endless nightmare of terror and oppression, now has her noble mission called into question by the President of the United States of America, and with it, our Founders’ mandate is being challenged – the quest to secure liberty as the foundation to eternally protect against the globalization of a tyrannical ethic.

It is apparent from President Obama’s speech to the Islamic World in Cairo in 2009 that he was not prepared to honor America’s obligations to rescue Israel from those who wish to destroy her, thus abandoning the mandate that has defined America’s just purpose and noble cause since the days of her Founders to defend liberty’s domain. 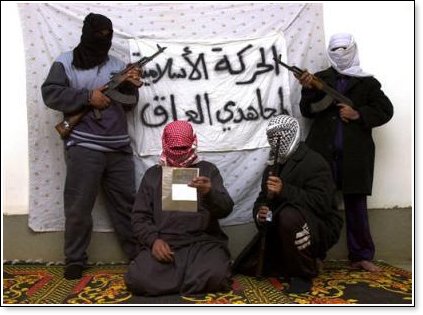 In the Islamic World, freedom is considered a grave threat to the ruling powers, because it would grant the average citizen the right to question the ethics on which the foundation of their social order rests – a foundation that was built exclusively on the teaching of Allah. Since such inquiries would be considered an insult to Allah, so would the doctrine of democracy that opened the door to such inquiries. Yet, our President throws praise on Islamic nations that embrace Religious Tyranny as their protocol and remains ominously silent regarding their agenda to undermine the institutions of transparency that democracy brings. More shockingly still, in many cases President Obama has cast aside these Islamic tyrannies’ complicity in egregious acts of human rights violations against their own citizens and other people in the world by co-opting their transgressions with endless declarations of apologies for America having the arrogance to stand against these nations in the Islamic world – nations whose constitutions honor the subjugation of the human spirit.

This is troublesome when one considers that President Obama has declared Israel, a nation that champions freedom’s cause, equally culpable in a conflict with these nations who use their lands to advance a governance of absolute power throughout the world. 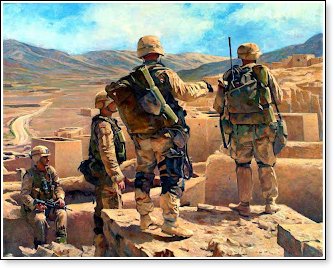 President Obama: How many Americans have died to ensure our freedoms and the freedoms of others throughout the world? Sir, how can you, as our President, champion a foreign policy that would align our nation with countries and peoples who are determined to eliminate those precious rights? How can we, as Americans, observe this act of betrayal and not scream out in disgust! Do you expect us to just sit here and watch everything we have fought for, for more than 234 years, be dishonored, desecrated and defiled?

Hence, although President Obama constantly lectures us on justice, world peace and democratic ideals, no part of the ideology he embraces can support and uphold such a noble undertaking as that which America’s Founders undertook. For, he has declared our Founders’ quest to put an end to the endless cycle of religious and secular oppression that has plagued humanity since its inception an ideology that is dead in the water. He claims that calling out the names of tyrannical enterprises in order to alert and unify our nation of the real dangers these de-facto criminal ventures pose, only empowers our enemies’ resolve. Should we have abandoned our aggressive stance in our fight against the mafia simply because we were afraid to offend them and feared that they would then grow in ranks? I don’t think so.

It is the absence of those who would stand up to fight against any who would bring down a reign of tyranny and terror on people that is the greatest threat to all of our liberties. The threat is certainly not the heroes among us who would be willing to die to defend against such fiends, as our detractors would have us believe. If the leader of the Free World does not speak out and stand behind what our Founding Fathers stood against, what does he stand for?

It is becoming increasingly clear from his foreign policies that President Obama has abandoned the failsafe strategy that is needed to win the war against terrorism. One must remind our President that without benchmarking America’s departure towards building a world filled with greater transparency as the goal that must be reached for seeking final resolution of these types of deadly global conflicts, we will fail to uproot the seeds of derision that have plagued all of humanity throughout history.

In concurrence with the United Nations, President Obama advocates that by maintaining open dialogue with fascists and their supporting cast of totalitarian scoundrels, he can achieve the same end. Does the President of the United States really think that giving totalitarian governments an equal vote in determining the outcome of world affairs is the gesture of friendship and trust that is needed to avoid future world conflicts? What is the price we pay for partnering up with criminal enterprises and extortionists to protect against the outbreak of a third world war? Ask those who found themselves in a partnership with the Mafia. The answer is the same from all parties involved: the loss of their freedoms, and economic ruin.

It is not the religious and secular totalitarian nations of the world that have forgotten their mission in undermining our free marketplace of ideas, but the leader of the Free World who has abandoned his pledge to defend and stand against the forces of treachery and deceit. Thus, such eloquent speeches that President Obama delivers, no matter how noble and impressive, only resonate with hollowness.

There can no longer be any doubt that Obama’s current foreign policy will not only lead to the destruction of Israel, but to the moral and financial collapse of America and the free world. That is why, in the name of our Founding Fathers and all who sacrificed their lives so we can enjoy the freedoms we have today, “We the People” must demand the renewal of America’s foreign policy that once again honors freedom and our nation’s Protocol – our eternal stance against the advancement of governances of tyranny in this world.

In order to take back our nation and restore America’s honor from President Obama’s betrayal of the sacred trust that our Founders afforded us, “We the People” must first reclaim ownership of that vision of hope that they left to us 234 years ago, when in America, they would launch that which would become the greatest experiment in the history of humankind – the quest to secure liberty as the foundation to eternally ensure the protection of all people’s inalienable rights against any and all who would release tyranny’s deadly venom into the hearts of humankind.

It is this crucial shift that will reset America’s image as the stalwart of liberty’s decrees in this world in the minds of our own people, our allies and, most importantly, in the minds of those nations which no longer fear our resolve — the ones which are intent on Israel’s destruction.

The question is: which politician will throw down the gauntlet and give the citizens of Israel and America the confidence to resist the pressure from Obama, the EU, the UN and others who insist that they show restraint in the face of an impending nuclear holocaust, while demanding that Israel and America negotiate in good faith with Islamic tyrannies as if they were viable partners for peace.

Again, I urge you to write to Glenn Beck, Sarah Palin and Mike Huckabee, and request that they uphold America’s mandate that honors freedom and denounces tyrannies by calling for the immediate destruction of Iran’s nuclear infrastructure.

Keep the pressure on until their voices are heard! Thank you.