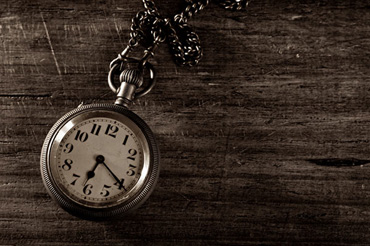 After listening to an NPR reporter tell her listeners that Christians have always been apocalyptic and have been warning for generations that judgment was coming – I could only cringe.

Uniformitarianism is the world's opiate, it is the way the hordes keep themselves immune from watching the signs of the times, and it is why Christ said that the last days will be as the days of Noah.

Quite simply, the days of Noah were a time in which the wine, song, and laughter prevailed. Most of the laughter was directed toward one little band of people who were getting ready for the apocalypse they were told would come.

Uniformitarianism has many faces, but it is the inoculation that keeps this generation thinking that everything will go on forever. It is the sleepy cosmologically induced eternity of the day, and the fully accepted invisible, unsupported parameter by which we determine there is nothing much to worry about.

The Bible says it will come, and the longer Christ tarries, uniformitarianism will grow stronger day by day.

"Knowing this first, that there shall come in the last days scoffers, walking after their own lusts, And saying, Where is the promise of his coming? for since the fathers fell asleep, all things continue as they were from the beginning of the creation." (2 Pet 3: 3-4)

What the NPR commentator failed to mention is a biblical teaching few know about. No particular social change in the world signals the second coming of Christ, not even wars. It is a culmination or a convergence of all the signs unfolding in a single generation of time that reveals the return of Jesus Christ.

There have always been individuals and movements that jumped on one event or the other, but that takes nothing from the biblical teaching on eschatology. In their due season, all the signals will converge and even then, most people will not be watching.

The signs have a very clear starting point. In fact, it has already begun with the birth of Israel as a free and independent nation in 1948. Since the days of the ancient King of Babylon, Israel has been subject to some nation or hanging on to dear life in nations around the world after what is known as the prophetically promised diaspora (dispersion).

The bunching together of signs, since the re-capture of Jerusalem in 1967 and the emergence of the EU, along with the worldwide apostasy of both governments and the church – very little is left to happen.

The fulfillment of these signs has never happened before and those who think Christians are in a panic are fully ignorant of these simple differences. The universal sense of the nearness of Christ's return has also never happened before. It is that wholesale worldwide agreement that makes this – the most amazing time in history. There is anticipation, not because of one man, or one group, but because these fulfilled signs are historically unique. 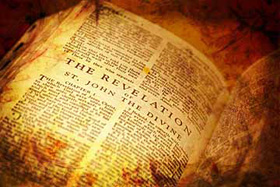 Much has to happen before the rise of the world's last dictator begins his rule. Like all despots before him, he will not be recognized as a dictator until he is fully implanted into the position of ultimate political authority over every "nation, tongue and tribe" of the earth. (Rev 13: 7)

Not fully understanding exactly who the man is creates a clear path for his meteoric rise to power. He will be a political, military, and economics genius unlike anyone before him. The world will think it is his own amazing intellectuality that empowers him, but in fact it is the god of this world (Satan) that provides his power. (Rev 13: 4)

Not only will he rise to power before the world can catch its breath, but once in power he will be the most furious and destructive ruler in the history of mankind. Driven by his knowledge, he has only a very short time to rule, he will wreak havoc on our world, the kind of havoc that will make Hitler seem like a cream puff. (Da 11:44)

The Bible says he will have an introduction to the world; a sudden exposing of the man is called a revelation in the scripture, which indicates that his identity is kept largely secret until the day he is "revealed."

"Let no man deceive you by any means: for that day shall not come, except there come a falling away first, and that man of sin be revealed, the son of perdition; Who opposeth and exalteth himself above all that is called God, or that is worshipped; so that he as God sitteth in the temple of God, showing himself that he is God." (2 Th 3-4)

All despots have been self-absorbed narcissists, but the antichrist will see himself as God. He will leave all convention behind and present himself to the world to be worshipped as God. It is the arch deceiver's arch deception. After introducing the world to what starts off as the most unique and successful economic system the world has ever seen, he will move into stage two of his deception. He waits until the followers are fully caught in his sway before the great deception is brought out.

He changes the laws of men, ignores the laws of God, and in a most peculiar way he cannot speak without blaspheming God or the people of God. It is not Tourette's syndrome, but pure blasphemy that falls from his mouth as a giant flood. (Rev 13: 5)

Most Bible-believing people around the world believe he is alive today, and will soon be revealed. In fact, if he were not alive today, in accordance with the convergence of the last day's signs – he would be late!

Those who know scripture don't argue about who the antiChrist is or just when he appears. As to who he is, that will be revealed, as to when, suffice it to say that is very soon. The purpose of this article is to remind the reader that it will all transpire without warning, but the key word in the appearance and work of the antichrist is – swiftness.

June 20, 2021
Americas folly: Gambling the health and safety of our children against our very existence