Michael Bresciani
The gay gateway to America’s moral wasteland—Now another blow against marriage? 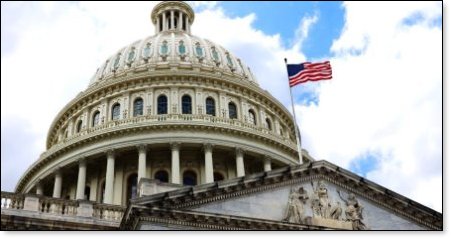 The best voices in our society warned that popularizing the gay lifestyle would serve to open the floodgates to other perversions like pedophilia, same-sex marriage, and a host of others.

But as the gay lifestyle became more readily acceptable in the great American moral decline, the rest of the aforementioned perversions found little resistance, as witnessed by the continued and almost endless additions to the acronym for the gay lifestyle, now commonly referred to as LGBTQ plus.

With Roe gone, the champions of perversion have coddled and cajoled some of the Republicans to codify Obergefell V. Hodges. They are calling the proposed bill the “Respect for Marriage Act.” It is a dangerous, family-destroying bill that will help to usher in the disfavor and judgment of God against the United States, which has already begun on so many levels.

We know the secular world considers shortages, high prices, crime, and all disasters some form of natural or economic problem, but the scripture concludes that they are all traced up on the dial as Divine interventions. The tumults have just begun, and there is little time or reason to argue with those who meander around in the dark.

Unless we pray as if it was a life and death matter at hand and follow with contacting our conservative representatives to ask them not to go along with democrats, we have little chance of stopping this demonically-inspired, all-new addition to the great American moral decline.

If you don’t know who your representative is, please refer to this list, but don’t waste a minute's time—the voting may be done this week.

God never changes his will and counsel, so we know that same-sex marriages are not recognized in his eyes. Laws that say otherwise are strictly antichrist and are used to cause the unsuspecting to stumble and forfeit their chance at eternal salvation.

We see the acceptance of the perverted lifestyle creeping into our nation by the day, but there is a limit in God’s eyes. We are approaching that limit at breakneck speed. Now is the time to reverse course.

We like to take solace from the idea that there will be a great Republican tsunami during the coming midterm elections, but we must be warned that this cannot answer the great moral dilemma that is sinking us like a stone.

Politics is one matter, morality is another—don’t be fooled. How we love to warn that no one can legislate morality. But now there is a new day in which men would legislate immorally—if they could.

If it could never happen, God would not have given us this warning.

“Shall the throne of iniquity have fellowship with thee, which frameth mischief by a law?” (Psalm 94:20).

Supreme Court will Save or Push the U.S. to the Brink

June 10, 2022
From God to gay—Is America worshiping the Rainbow Calf?

May 29, 2022
Things to do list—before America is totally lost

May 22, 2022
Wokeism: The arch deceiver’s final and deadliest trap

May 11, 2022
Abortion: Was not ever political—it has always been a moral issue