Bonnie Chernin
Ben Shapiro is headlining the March For Life 2019, and one pro-life professor objects 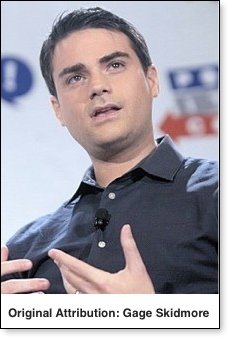 Ben Shapiro is Jewish, religious, pro-life and is a star in the conservative and pro-life movements. He attends frequent speaking engagements at college campuses throughout the country and is an excellent commentator on current events and pro-life issues. When I learned that he is making his debut to headline the March For Life 2019, I was glad to hear it. The decision to have Ben as a keynote speaker and headliner for the biggest annual right-to-life event is right on target. As it is Mr. Shapiro's first time attending the March for Life, he is sure to draw a huge crowd.

There will be a live podcast of his speech on Facebook at 10 am, so those not in attendance will have the opportunity to hear Ben speak, which is fantastic. The date of the event is January 18th 2019. The website is: MarchforLife.org.

With 85% of Jewish Americans supporting unlimited abortion on demand, we need more Jewish voices in the pro-life community. That's why 20 years ago, I established Jews For Life, the first Jewish pro-life organizatIon on the internet specifically committed to ending legal abortion and assisted suicide.

The fact that Ben Shapiro will be headlining this important annual event is a good thing. Imagine my surprise to learn that not all pro-lifers agree. In a Washington Post column under the byline "Acts of Faith – Perspective," Fordham University Associate Professor of Theology Charles Camosy writes: "Ben Shapiro is headlining the March for Life. As a pro-lifer, I think that's a huge mistake."

"Many in the pro-life movement, of which I am passionately a part, will consider the Harvard Law-educated intellectual a huge get. Not me. Despite Shapiro's star power and stature, I consider his appearance a serious mistake for the March, one that will move us even further from being understood as the broad-based human rights movement we need to embody in order to go from fringe to mainstream."

Charles Camosy's comments are misdirected. First, we are not a fringe movement. We are crusaders. The pro-life movement is dynamic and growing with tens of thousands of young people getting involved. If he is pro-life, how can he dismiss someone as important as Ben Shapiro? What are Dr. Camosy's true motives in writing his column?

"Though I disagree with Shapiro about 60 to 70 percent of the time, I listen to his entertaining show regularly and consider him a very important voice for vulnerable populations. His commitment to argument and evidence – and rejection of power politics – represents the only chance those who have lack power in our culture have to get their interests taken seriously."

If Dr. Camosy disagrees with Ben Shapiro that often, then I'd like to know what are the specific issues he is in disagreement with. If he truly believes in expanding the scope of the pro-life community, he should welcome Ben Shapiro to the March for Life. Ben can mobilize the youth movement and bring in young Jews!

I agree with Dr. Camosy on points he makes about being more inclusive when it comes to pro-life Democrats and liberal groups who feel disenfranchised. If they are truly 100% pro-life, we should work to broaden the pro-life base. But that is besides the point. You don't broaden the base by excluding its most prominent members. Right now, Ben Shapiro is one of the most important people within our base. His YouTube videos are outstanding, including this interview on EWTN where Ben explains that the foundation of his pro-life views are based upon science and religion.

Mr. Shapiro is not divisive to pro-lifers or outsiders who are on the fence and want to come over to our side. He is a strong debater and presents the facts about abortion. What objection can Dr. Camosy have to not want Ben Shapiro starring at the March? I am curious to know what the "60–70%" is that he finds offensive in Ben Shapiro's ideas. My guess is it is not Ben's views on the pro-life issue that Professor Camosy finds offensive. Perhaps Dr. Camosy's disdain for President Trump is the real issue.

"Shapiro's appearance is an especially ominous sign after last year's appearance via satellite TV of President Trump – the absolute nemesis of more left-leaning pro-lifers like myself."

There you have the real point of contention. Whatever you think of President Trump, he has done more to help the pro-life movement in two years than the entire GOP Senate leadership has accomplished in the past two decades. The president has also done more for Israel than any president since President Reagan, including moving the embassy from Tel Aviv to Jerusalem.

Read through Professor Camosy's article and you get the sense that he contradicts himself throughout. On the one hand, he praises Ben Shapiro for "helping form the imagination of many millions of young conservatives." On the other hand, he disagrees with Mr. Shapiro most of the time yet listens to his show regularly and considers him a "very important voice for vulnerable populations." These "vulnerable populations" can be inspired by Ben and may join our pro-life ranks!

The annual March for Life has seen a growth in the number of young people who attend every year. Ben Shapiro has influence among the young people in attendance. He can broaden our base, which is what Professor Camosy implies he wants.

With a majority of American Jews either heavily involved in pro-abortion politics or apathetic and not involved at all, it is crucially important to have Ben Shapiro as our spokesperson at the March for Life 2019. Professor Camosy is entitled to his opinion. However, his comments about President Trump and Ben Shapiro miss the mark.