Bonnie Chernin
The new epidemic: Anti-Semitism in Israel and America 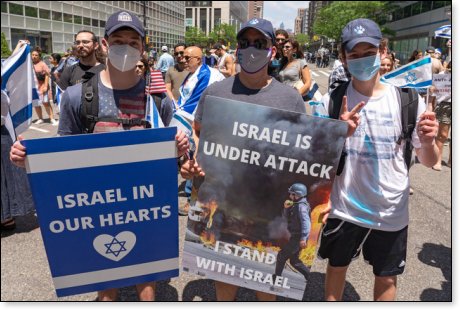 For now, we have another ceasefire between the Palestinians and Israel. We know which side will break the ceasefire and the only question that remains is when. When will the next rocket be launched into one of Israels cities and when will the next suicide bomber or shooter strike? We need only examine the quotes from Palestinian political and religious leaders to know why.

When Senior Hamas Official Fathi Hamad screamed in the nauseating YouTube video, You have Jews everywhere! We must attack every Jew on planet earth. We must slaughter and kill them, with Allahs help, there is nothing left to the imagination.

When Hezbollah leader Sheik Hassan Nasrallah was quoted: If we searched the entire world for a person more cowardly, despicable, weak and feeble in psyche, mind, ideology and religion, we would not find anyone like the Jew. Notice, I do not say the Israeli, he wasnt limiting his Jew hate to Israelis living in the West Bank.

And when the New York Times Op-ed pages report on Hamas terrorism with guest essays that mostly empathize with Palestinians while expressing an overt anti-Israel narrative, it is not difficult to understand why there are Muslim attacks against Orthodox Jews in New York City and Los Angeles. It can explain why in America anti-Semitic Palestinian mobs are riled up here, and why a Holocaust Museum in St. Petersburg Florida had the message Jews are Guilty spray painted with a swastika desecrating its walls.

In the subsequent ceasefire, the leftist media continues to distort facts and history with lies about Israeli aggression and demands for land concessions from the so-called occupied territories which by biblical heritage belong to the Jewish people.

It never ceases to amaze me how so many Jewish journalists and Democrats still espouse policies that are potentially harmful to Israel. The outcome will never be peace. Pernicious organized attacks on innocent Americans and Hamas-organized suicide missions, rocket attacks, bombed buses and cafes, burned-out synagogues and single assaults of Israelis that happen every day prove otherwise.

Michelle Goldberg is an opinion editorial writer for the New York Times. A foe of President Trump, Goldberg ties his administrations policies to the current Palestinian conflagration and violent Hamas rocket attacks. If Israel can no longer afford to ignore the demands of the Palestinians, neither can we, Goldberg says. As if capitulating to their demands has ever helped, or will change the Palestinians overarching mission to annihilate every Jew on the planet.

In Goldbergs latest op-ed, she again attacks the Trump administration and guardedly defends radical anti-Semite Congresswoman Ilhan Omar (D-MN) whose vile rhetoric against Israel and the IDFs military intervention is a likely contributor to provoking anti-Semitic attacks by Palestinian mobs in the United States. Jewish liberals intellectualize and politicize Islamic terrorism to Israels detriment, thinking that pushing a balanced approach will solve the ongoing crisis. These are not democratically-elected politicians, but undisciplined enemy combatants undeserving of any protections provided by the Geneva Convention.

In the United States, Jews are being assaulted in alarming frequency. You cant say you are Jewish, dine out in peace or wear Jewish garb without fearing for your life. This abhorrent trend began during the Obama administration. There were 7,034 anti-Semitic attacks in America under Obama that went ignored by the media. In the first few months under the Biden administration, anti-Semitism in America is skyrocketing.

We need not look back thousands of years to find proof of the Jews right to Israel. The existence of Israel was confirmed by the Council of the League of Nations on July 24, 1922. Within the British Palestine Mandate, Article 4, a national home for the Jewish population in Palestine is recognized. Most of the Arab world has fought against this mandate via war and terror attacks since then. The Hamas Covenant cannot be clearer, and so unless Hamas is defeated there can never be any lasting peace.

Islamic terrorists have been carrying out massacres against Israelis since 1920, long before there were settlers in the West Bank, and long before Israel was formed as a nation. In her article, Anti-Jewish Violence in Pre-State Palestine/1929 Massacres, Ricki Hollander chronicles a series of Palestinian massacres of Israeli Jews in the 1920s and 1930s. In every instance, Arab mobs set upon the Jews to kill them. In 1929, the ancient Jewish community of Hebron was slaughtered. The 1929 Hebron Massacre left 67 Jews dead and 40 wounded, an atrocious mass murder by marauding Arabs wielding knives and axes, hacking helpless Jews to death, including children. This short YouTube video describes what happened with disturbing imagery showing the carnage and destruction.

If giving up land is the answer, why was there no peace in 1929 or 1936 (the Arab riots) when the Palestinians had the land and Jewish immigrants were not even allowed to settle there?

After decades of violence precipitated by Hamas with rockets, suicide bombings, and Jewish families massacred, the only solution that will work is one in which the Palestinians have their state in Jordan. This has nothing to do with Hamas being trusted to abide by any peace agreement. They have repeatedly violated the Oslo Accords and will never recognize Israel. Concessions by the Israelis to give up the occupied territories for a fragile peace significantly compromises their security.

The leftist organization J Street is an anti-Israel organization, with the following slogan: The political home of pro-Israel, pro-peace Americans. To achieve that peace, Israel must be forced to give up land. Key to its principles is the insistence on the concept of a two-state solution and an end to the ongoing occupation. What J Street and other radical politicians and organizations have proposed would result in a mass suicide within Israel.

J Street believes in the principle that you should treat others the way you would want to be treated yourself. When Israel provides humanitarian aid to its Palestinian neighbors it is fulfilling this doctrine. Suicide bombers and deadly rockets targeting civilians from our peaceful neighbors should be met with strength and not appeasement.

Instead, we have Democrats like Senator Chuck Schumer (D-NY) who remains silent and Senator Bernie Sanders (D-VT) whose comments against Israel are disgraceful. You have the squad. You have a Democrat Party that has become aligned with Palestinian demands and less protective of our ally Israel.

The full text of J Streets Mission and Principles can be read at this link.