Bonnie Chernin
The FDA issues a death script for babies 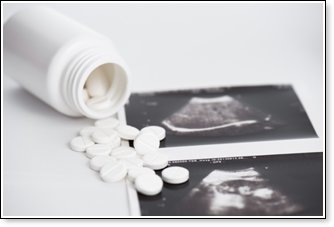 In 2003, 18-year-old Holly Patterson died of septic shock following a chemical abortion. Holly was one of the early victims of RU-486, or the deadly cocktail, as pro-lifers called the mifepristone and misopristol combination back then. Holly’s heartsick father, Monty Patterson, became an outspoken advocate about the risks associated with RU-486 and he wanted the drugs taken off the market.

Instead, with the help of media misinformation portraying chemical abortion as a simple fix to end a pregnancy, Planned Parenthood aligned with pro-abortion politicians to push for easier access to these drugs. In their worldview, it’s always about ending a pregnancy, never about ending a human life.

Right before Christmas, the Biden Administration and the FDA decided to legalize mailing chemical abortion drugs – baby kill pills – to pregnant women and minors without a visit to the doctor. Abortion drugs will lead to more deaths and serious health risks to the pregnant women who ingest them. Millions more babies will be killed. Chemical abortion is on the rise and now accounts for about 40% of abortions nationwide.

Mifepristone and misopristol is a dangerous drug combination that killed at least a dozen women and has caused hemorrhaging and adverse events in thousands of others. Women often experience incomplete abortions and heavy bleeding and must go for surgical abortions to kill the baby. If a woman is not supervised and her pregnancy is too far advanced or if she has an ectopic pregnancy, she can experience severe hemorrhaging.

Every woman who takes the mifepristone/misopristol combination must be required get an ultrasound to determine the gestational age of her unborn child and whether the pregnancy is ectopic. That cannot be done by a telemedicine consult or by administering the drugs by mail.

A woman who takes chemical abortion pills is not prepared for the horrible cramping she will likely experience. Abortion businesses instruct pregnant women to flush the toilet and not look, because the women will be traumatized when they see a baby and not a clump of cells.

There are women who receive the pills and delay taking them until too late in pregnancy. There is extensive research about the dangers of chemical abortions. Six medical doctors contributed to the NIH report “Deaths and Severe Adverse Events after the use of Mifepristone as an Abortifacient from September 2000 to February 2019.”

Joe Biden, the FDA and the Democrat Party made this decision on chemical abortion as a pre-emptive strike against the Supreme Court. Abortion supporters dread the prospect that Roe v. Wade can be overturned.

Pro-abortion journalists and their readers applaud the fact that chemical abortion pills will be readily available and sold through the mail. It will be easy to obtain the pills in a blue state without a physical exam and mail the pills to someone in a red state, bypassing red state laws prohibiting the transport of abortion drugs. In The Daily podcast in the New York Times, Pam Belluck discusses ways that women in red states can circumvent state law to receive the pills.

Abortion supporters claim that the pills are safe, but it isn’t true. Only 28 states require abortionists to report post-abortion complications. Teenage girls and women can be dying from chemical abortions that are underreported or not reported at all.

What about coercion and forced abortions? Long before last week’s FDA decision, violent men were able to obtain the abortifacient drugs and put them in women’s food and drink, causing abortions the women didn’t want. Is that how “reproductive justice” works?

In states like Wisconsin and Illinois where parental consent is not required for abortion, Planned Parenthood will arrange for minors to have access to abortion drugs. When a minor has a teleconference with a Planned Parenthood “doctor” and is cleared to get the pills, it will be easy to obtain them without her parents’ knowledge.

Chemical abortion will be included in the sex education curriculum in public schools. Teachers who support abortion will accommodate Planned Parenthood by providing the local office address where minors can get the pills without their parents’ knowledge or consent. Abortion businesses can violate red state laws by setting up post office boxes and sending the pills to offices across state lines. There are no regulations to track packages at every post office and there will be no oversight.

California Governor Gavin Newsom (D-California) proudly announced he wanted to make that state a “sanctuary” for baby killing. Governor J.B. Pritzker (D-Illinois) repealed his state’s parental notification law on abortion. This will make it even easier for 12 and 13-year-old children to get abortion drugs. She can get it from her school nurse or will be directed to Planned Parenthood. Her parents will never have to know.

This is the worst decision the FDA and the Biden administration have made. Abortion advocates only care about the “choice” and not the health consequences for pregnant women. And they want as many young girls as possible to be able to pop these pills like candy.

The FDA is corrupt and in alliance with Planned Parenthood. Joe Biden and his Democrat Party are complicit in committing mass genocide, and their relentless agenda to murder as many babies as possible will prove to be dangerous for women and minors. But you’ll never read about it in the mainstream media.