Rev. Mark H. Creech
America and 'The Door of Humility'

December 21, 2008
"It is supremely fitting that every man should approach the infant Jesus upon his knees."

In Bethlehem, the Church of the Nativity originally built by the Christian Emperor Constantine during the fourth century is located above a cave that legend holds is the place of Christ's birth. It's impossible to know whether the spot truly is where the Virgin Mary delivered the Son of God. Nevertheless, one interesting fact about the Church is that all pilgrims who venture to see the supposed place where the holy child was laid in a manger must first enter through The Door of Humility. 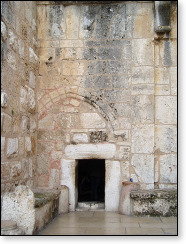 The Door of Humility is a small rectangular entrance that was created during Ottoman times to prevent carts from being driven in by looters, and to force even the most prominent of visitors to dismount from their horses before entering. Famed Bible commentator William Barclay once noted of the door: "There is something beautiful in the symbolism that the church where the cave is has a door so low that all must stoop to enter. It is supremely fitting that every man should approach the infant Jesus upon his knees."

Few virtues of life could be more necessary than humility. The prophet Micah said that it is an essential requirement of God: "He has told you, O man, what is good; And what does the Lord require of you but to do justly, to love mercy, and to walk humbly with your God" (Micah 6:8). Jesus referred to humility when he said: "Blessed are the poor in spirit, for theirs is the kingdom of heaven" (Matthew 5:3).

A lack of humility is strongly condemned in God's economy and is always the forerunner of judgment. In one of his pronouncements of judgment against Judah, the Lord said through his prophet Jeremiah: "They have not been humbled, to this day, nor have they feared; they have not walked in my law or in my statutes..." (Jeremiah 44:10). Just before destruction fell upon King Belshazzar, the successor to Nebuchadnezzar, the king of Babylon, Daniel, the prophet proclaimed: "But you his son, Belshazzar, have not humbled your heart..." (Daniel 5:22).

For the last few years, Americans have been blasted over and again with media accounts of public officials and even religious figures who abused their positions for money, sex, and power. Last month after the passage of Proposition 8, which protects the definition of marriage as "one man and one woman" in California, homosexual activists violently attacked and vandalized Mormon churches that supported the measure. A high-school coach in New Jersey was told by his superiors that because he was a state employee he wasn't allowed to even bow his head in reverence to a student-initiated prayer with his team before a game. Last week Newsweek magazine outrageously declared the Bible supports the gay lifestyle. A nude model arrayed like the Virgin Mary was on the cover of the Mexican edition of Playboy magazine. This week federal prosecutors announced what may be the largest investment fraud ever with over $50 billion squandered. And during a season when children are celebrated, thousands are being destroyed by abortion and the clinics operated by the industry are cited for violations from posing falsely as a doctor to failure to report pedophilia.

Obviously, there seems to be a wholesale failure to recognize that the God who made a virgin to conceive  the God who sent His Son into the world to save mankind from sin; the God who holds the keys to life and death  is a sovereign God whose might is beyond limit. To stand before him with a spirit of indifference, arrogance, or sinful rebellion is to utterly fall short of understanding him or his power.

At the present, America seems hemmed in by troubles on every side. Terrorists threaten from the East. The economy is failing in the West. Global warming supposedly threatens from above and an addiction to fossil fuels threatens from beneath. Could it be that a haughty spirit is what has lead to such seemingly impossible dilemmas? The apostle James declared: "God resists the proud, but gives grace to the humble" (James 4:6).

Moreover, the public should not be deceived into thinking a new president, working with a unified nation, can possibly solve all its challenges and usher in a golden age of peace and prosperity. To believe such is an expression of the Tower of Babel  pride's delirium  the belief that man doesn't need God  is not accountable to God  can save himself  and alone determines his destiny. 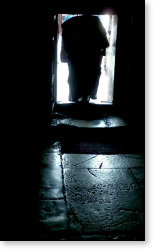 In 1847, a doctor from Edinburgh, Sir James Simpson discovered that chloroform could be used as an anesthetic to render people insensible to the pain of surgery. Some have claimed that his was one of the most significant discoveries of modern medicine. Years after his findings, while lecturing at the University of Edinburgh, Dr. Simpson was asked by a student, "What do you consider the most valuable discovery of your lifetime?" To the surprise of his students, who expected him to refer to chloroform, Dr. Simpson replied: "My most valuable discovery was when I discovered myself a sinner and that Jesus Christ was my Savior."

Throughout the centuries, America has had some unprecedented achievements in human history. The greatest thing about America, however, has not been what the nation has accomplished, but instead what God in his grace has done for the nation.

Certainly Christmas is a reminder that countries, as well as individuals, need a Savior. "For unto us a Child is born, unto us a Son is given; and the government will be upon His shoulder. And His name will be called Wonderful, Counselor, Mighty God, Everlasting Father, Prince of Peace. Of the increase of His government and peace there will be no end..."(Isaiah 9:6, 7). The first step to experiencing the salvation only God can bring is to stoop low, walk through the door of humility, and bow before him who must be born from within.