November 21, 2012
In 1921, Dr. J.C. Fitzpatrick noticed an interesting document being auctioned off at an art gallery in New York. What Fitzpatrick bought for the Library of Congress at the price of $300 turned out to be George Washington's Thanksgiving Proclamation, dating back to 1789. The document had been lost and stayed lost for over 130 years. [1]

How ironic that a founding document calling for the nation to show thanksgiving would be lost — lost as surely as the virtue itself is often missing.

On a stormy autumn night in 1860, Edward Spencer was walking along the shoreline of Lake Michigan when he witnessed a tragedy. The Lady Elgin, a crowded steamboat, was rammed by a freighter carrying lumber. Within just a few minutes 393 souls were thrashing about in the water as the steamboat broke-up and swiftly sank.

The nearest place for help was the small village of Winnetka, Illinois. Very few boats would be available to rescue those in peril. So Spencer simply plunged into the cold waters and started swimming toward the survivors. He made seventeen trips into the water, saving seventeen people. Still, 270 others perished that evening.

Spencer was hailed as a national hero, but he never recovered from the emotional trauma of all he had witnessed. Unfortunately, he was later admitted to an asylum.

Years later, the editor of a Chicago newspaper sought Spencer out to do a follow-up story on the long-forgotten hero. When the reporter asked Spencer what was his most vivid memory of that fateful night, he sadly replied that none of the seventeen persons he had saved had ever returned to thank him. [2]

How is it that so great a virtue is so easily forgotten by so many and so often?

Certainly God is worthy of our thanks! The Bible teaches "every good gift and every perfect gift is from above" (James 1:17). Everything that we are and have comes from God's gracious hand.

In this day of practical atheism, it's not unusual for someone to believe that their success and prosperity is due alone to their talent, their hard work, or their intelligence. Yet, if God had not granted such abilities, the health needed and the right circumstances to achieve — none of it would have been possible.

But God is not just our Provider, he is also our Redeemer. Isaiah 53:5 reads, "[H]e [Christ] was pierced for our transgressions, he was crushed for our iniquities; the punishment that brought us peace was upon him, and by his wounds we are healed." Christ died on the cross to save us from our sins. Without his atoning work, without the shedding of his blood, there would be no assurance of a glorious afterlife in heaven or a resurrection from the dead. For this amazing grace, we should fall upon our knees in thanksgiving.

Romans 1:21 warns about the demise of nations because the people became nearsighted, even blind to the goodness of God to them:


"Because that, when they knew God, they glorified him not as God, neither were thankful; but became vain in their imaginations, and their foolish heart was darkened."


"Within my own lifetime, I have seen the most ferocious assaults on Christian faith and morals; first on the part of the intellectual community, and then on the part of the government. Especially in the last 25 years, the federal government has not even tried to conceal its hostility to religion; now, with many of our churches in disarray, the attack is being prepared against the family as the last bastion opposing the totalitarian state. Militant atheists and socialists have gone very far in imposing their view of life and man on almost every American institution.

And what have we reaped as a nation from our many personal and collective delinquencies? Atheistic schools, rampaging crimes, God-forsaken homes, drugs, abortion, pornography, permissiveness, a sense of cynicism, and spiritual desolation absolutely unprecedented in our country's history." [3]


America's failure to be thankful has been growing for decades to its crescendo of today. Our nation is now at the falling off point. Some contend that it may have already irreparably fallen.

Nevertheless, everything could be turned around simply by recognizing God for who he is, what he's done, and being thankful. 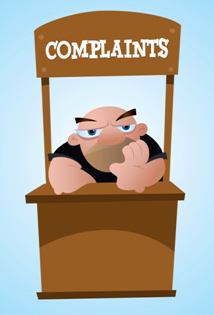 As a national holiday, Thanksgiving rolls around at the same time every year, giving us another opportunity to repent, remember the Lord's benefits and practice the grace of gratitude.

However, maybe a better idea would be to declare a "National Gripe Day" — one day in the year to complain, grumble, murmur, and forget about God's goodness to ourselves, our families, and our nation. Then the other 364 days of the year we would live as a thankful people "always and for everything giving thanks in the name of our Lord Jesus Christ to God the Father" (Ephesians. 5:20). [4]

Yes, that might work much better because thanksgiving is too often lost and too important to ever lose.