Rev. Mark H. Creech
How to know who is right about the afterlife

May 21, 2013
Whether there is life after death is a question that humans have pondered for centuries. Today there is a great deal of interest in the subject with people curious about near-death experiences, supposed encounters with ghosts, and the claims of psychic mediums. Some scoff at the entire concept of an afterlife, while others are comforted by it. [1]

Whatever people believe about life after death is usually rooted in their religious backgrounds. Spiritual beliefs about the subject are expansive. Buddhists, Hindus and Taoists believe in reincarnation. Muslims believe the soul goes to a place called the Barzakh to await judgment. Jews argue the spirit lives on and goes back to God from which it came. Christians believe that when death comes, the soul faces judgment and sent to either heaven or hell. [2]

But perhaps a question of equal significance is how to know who is right about the afterlife.

For the Christian, the answer is not best given in subjective reasoning alone based in emotional criteria. The answer is found in the uniqueness of the Bible, its teachings, and its impact.

The writings of other religions are unworthy of credence. They are not only filled with some of the most absurd notions of God and the spiritual, but riddled with the grossest of errors on the material world. If one can't trust these texts about the present, with what assurance can they be trusted about the unseen?

Louis Gaussen eloquently states how different the Bible is in this respect. Although he wrote the following more than a century ago, his assertions still stand:

"[F]rom that wonderful Moses who held the pen in the wilderness, four hundred years before the war of Troy, down to the fishermen, son of Zebedee, who wrote fifteen hundred years afterwards, in Ephesus and in Patmos, under the realm of Domitian; open the Bible and try if you can to find anything of this sort there. No. None of those blunders which the science of every successive age discovers in the books of those that preceded it; none of those absurdities, above all, which modern astronomy points out, in such numbers, in the writings of the ancients, in their sacred codes, in their systems of philosophy...no such errors can be found in any of our sacred books; nothing there will ever contradict what, after so many ages, the investigations of the learned world have been able to reveal to us of what is certain in regard to the state of our globe or that of the heavens.

"Carefully peruse our Scriptures from one end to the other, in search of such blemishes there; and while engaged in this research, remember that it is a book that speaks of everything, which describes nature, which proclaims its grandeur, which tells the story of its creation, which informs us of the structure of the heavens, of the creation of light, of the waters, of the atmosphere, of the mountains, of animals, and of plants; – it is a book that tells us of the first revolutions of the world, and foretells to us also the last; a book that relates them in circumstantial narratives, exalts them in sublime poesy, and chants them in strains of fervent psalmody; – it is a book replete with the glow of oriental rapture, elevation, variety, and boldness; – it is a book which speaks of the earth and of things visible, at the same time that it speaks of a celestial world and of things invisible; – it is a book to which nearly fifty writers of every degree of mental cultivation, of every rank, of every condition, and separated by fifteen hundred years from each other, have successfully put their hand; – it is a book composed first in the center of Asia, among the sands of Arabia, or in the deserts of Judea, or in the fore-court of the temple of the Jews, or in the rustic school of the prophets of Bethel and Jericho, or in the sumptuous palaces of Babylon, or on the idolatrous banks of Chebar; and afterward, at the center of western civilization,... amid polytheism and its ideas, as well as in the bosom of pantheism and its silly philosophy; – it is a book the first writer of which had been for the space of forty years a pupil of the magicians of Egypt, who looked upon the sun, and the stars and the elements as endowed with intelligence, as reacting upon the elements, as governing the world by continual effluxes; – it is a book the first chapters of which preceded by more than nine hundred years the most ancient of philosophers of ancient Greece and of Asia, the Thaleses, the Pythagorases, the Zaleucuses, the Xenophaneses, the Confuciuses; – it is a book which carries its narratives even into the field of the invisible world, even into the hierarchies of the angels, even into the remotest realms of futurity, and the glorious scenes of the last day; – well then,...search through these 66 books, search through these 1189 chapters, and these 31,173 verses....search for one single error of those thousands with which ancient and modern books abound, when they speak either of heaven or of the earth, or of their revolutions, or of their elements; search, but you will search in vain." [3]

Of course, skeptics, various scientists, humanists, atheists, etc. have often sought to discredit the biblical account, but never with any real success. In an age exploding with incredible amounts of knowledge, the honest student of the Bible cannot help but be overwhelmed with its historical, scientific, and archaeological accuracy. Even when the Bible has been asserted to be in error, the sciences have eventually proven the Bible right and the critics wrong.

No other religious writing comes close to being able to demonstrate such a precision for truth and a demonstrative emptiness of superstitious contention.

Moreover, the greatest of the world's ethical systems, legal concepts, governments, humanitarian movements, social programs, education and philosophy have their roots in the teachings of the Bible. Even many of the everyday things of this life from the calendar to language and word origins have been impacted by it.

This is to add little concerning the sea of stories of the way the Bible has changed the lives of multitudes. As many as the stars of the milky way are the accounts of criminals, politicians, scientists, philosophers, religious leaders, house wives, blue collar and white collar laborers – people from every walk of life whose lives were totally transformed from what they discovered in the pages of that holy book.

So, if the Bible demonstrates such profound power for truth over error and light over darkness, if it shows itself comprehensively superior over all other religious texts with respect to matters pertaining to this life, surely it is to be implicitly trusted with respect to what it reveals about the future life.

The Bible's central figure is Christ. When Jesus confronted the religious leaders of His day, they rejected Him as the Messiah, and, He confronted them, saying: "You diligently study the Scriptures because you think that by them you possess eternal life. These are the Scriptures that testify about me" (John 5:39).

Indeed, the Scriptures do testify about Him from beginning to end. The late Dr. D. James Kennedy stated the same in this way:

"We begin in the book of Genesis in a garden – in paradise. There is the Tree of Knowledge of Good and Evil. We end in the book of Revelation, again in the paradise of God, where there is a tree. In the beginning man is driven out because of his sin and forbidden to eat of the tree. At the end he is invited to come in and partake of the tree that he might live forever. We begin in a garden where there was a river. We end in paradise where there is a river that flows from the throne of God. The same doctrines are taught throughout the Bible. The same person, Jesus Christ, is the central theme of the Bible: it is about Him. It builds to His coming, describes it, and interprets what it means. The golden thread is the redemption of sinful man by the grace of God through faith in the shed blood of the Redeemer." [4]

In the final analysis, neither what the Bible says about God nor the afterlife can be analyzed in a laboratory. There is yet always the need for faith. But at least, it isn't like a blind-faith. God has given a document of inescapable conclusions in Holy Writ to aid in this needed faith – a document incomparable to any other religious script. In fact, the Bible was specifically written "....that you may believe that Jesus is the Christ, the Son of God, and that by believing you might have life in His name" (John 20:31). 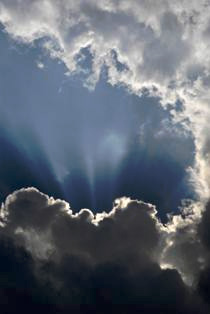 Bishop Hall, an English satirist, rightly said, "Death borders upon our birth, and our cradle stands in the grave. Our birth is nothing but our death begun." [5] With such conditions, is it any wonder that so many are concerned with life after death? Is it any wonder that so many want to know what religious persuasion teaches the truth about the afterlife? This writer contends Christianity claims a moral certainty as to the afterlife and anyone willing to honestly examine its claims will find the preponderance of the evidence in its favor. What is more, anyone willing to embrace its teachings by faith will make an unexpected and remarkable discovery – he or she will move from a standpoint of relative assurance to the reality of an internal witness from God himself so strong that it will be as undeniable as one's own existence.

[4] Kennedy, D. James and Newcomb, Jerry. What if the Bible Had Never Been Written, Nashville, Tenn., Thomas Nelson Publishers, 1998, pg. 3