December 15, 2013
Rev. Teddy Parker Jr., 42, pastor of Bibb Mount Zion Baptist Church in Macon, Georgia, discovered by his wife in the driveway of their home, dead from a self-inflicted gun-shot wound. [1] Ed Montgomery, 49, a pastor at Full Gospel Christian Assemblies International Church, Hazel Crest, Illinois, takes his own life in front of his son, after grieving the death of his wife who had died a year earlier from a brain aneurysm. [2] Isaac Hunter, 36, founder and pastor of Summit Church in Orlando, Florida, admits to an affair that leads to his resignation, and while suffering from a troubled marriage he ends it all by killing himself. [3]

It's not very often we hear such stories about pastors. But these events, which took place within the last five weeks, show we are all susceptible to mental illness – even the preacher. I know. I've personally been in that dark place myself.

February 25th, 1985, I arose from bed and prepared myself as best I could for the duties of another Sunday. I had done this often as a young minister; nevertheless, this particular morning was considerably difficult. I was overwhelmed with feelings of dread and confusion. I was physically and emotionally exhausted. No positive images crossed my mind, only negative ones. I made it through the Morning Worship hour, but that same afternoon I started to weep profusely. I felt like a failure as a human being and suffered persistent doubts with assurance of my salvation. I really wanted to die. It just seemed easier to die than to face another day. I was in the blackest hole I had ever experienced and despaired that I would ever climb out of it. I had felt this way for months and didn't understand the cause. There was no immorality or hidden sin in my life. Still, I was rock-bottom, felt that I couldn't take it anymore, and had contemplated taking my life on several occasions.

I was suffering from "depression," a common form of mental illness. In my case, good counseling revealed my suffering was stemming from a debilitating and deep-seated feeling of inadequacy, as well as a crippling fear of failure. But looking back over that time and considering the severity of what I underwent, I marvel that I survived it. Three deadly dynamics to prolong my pain and ultimately destroy me were in play.

For one, I just couldn't believe a spiritual Christian would break down. That approach to matters kept me in denial for too long and heaped unreasonable expectations on myself, causing the disorder only to worsen. I would later learn the spiritual sometimes do break down. Elijah certainly broke down and wanted to die rather than to go on (I Kings 19:4). Jonah became angry and disheartened and would rather die than see the Ninevites repent (Jonah 4:3). Both Jeremiah and Job cursed the day of their births (Jer. 20:14-18; Job 3:1-16). John the Baptist, during a period of despondency doubted whether Jesus was the Christ (Matt. 11:1-3). Only absolute perfect spirituality – without a single lapse – could ever make one immune to an emotional break-down.

It's not a sin to be emotionally ill. Mental illness may grow out of a sinful situation, but it's not always indicative of a lack of faith in God or sinful behavior.

Second, I wore a mask like so many ministers. I was insular and couldn't allow anyone to know how deeply I was hurting. I thought I would lose people's confidence if they knew about my struggles. So I kept up a good front and would never expose my vulnerabilities – my humanity. I would learn, however, that it's better for everyone – you – your family – the church – to take off the mask.

But let me qualify this statement by saying I don't necessarily recommend clergy suffering from various forms of mental or emotional anguish to hang their laundry out for the whole world to see. It's a matter to be discerning about. Unfortunately, there are "Job's Comforters" who will only exacerbate the hurt.

Let me tell you from personal experience, Land offers excellent advice here. Every pastor needs a confidante. But when in the throes of "clinical depression" or some other intense mental sickness, professional help is almost always required for recovery.

Third, I didn't realize the importance of taking care of my body. Mental health is tied in many respects to physical health. In my case, I worked long hours in the office, fed off fast-food, drank a lot of sodas and ate a lot of candy bars. Furthermore, I had no exercise regimen. It wasn't long before this lifestyle combined with the pressures of the pastorate would take its toll on both my mind and spirit.

I confess I still struggle with this aspect of good mental health. But I want to remind my pastor friends while preaching to myself: You are a triune being, spirit, mind, and body. It's common for the pastor to easily find what's needed for the mind and spirit within the confines of his profession, but one usually has to make a special effort to find ways to exercise and make certain he's getting a healthy diet for the body. Yet, make no mistake; such is critical to one's emotional and mental well-being. Take care of your body! 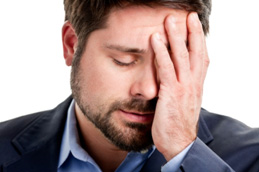 Lastly, let me just say that I recovered from "depression" and my life is much better now for that painful experience. Yes, I can even genuinely say I'm thankful for it. I couldn't say this while I was going through it, but I can today.

If you are a pastor, hurting in what seems to be an impossibly painful situation. If you are lost and confused and there seems to be no way out. I want to assure you that tomorrow, another day, things can look very different. Life can be bright again. Suicide is a permanent solution to a temporary problem. Stop beating yourself up for thinking you're not being spiritual enough, take off the mask and ask for the help you need.

[1] Blair, Leonardo. "Pastor Who Confessed: There Are Time 'I Don't Feel Like God is Hearing Me' Kills Self as Congregation, Family Wait for Him on Sunday." The Christian Post. 12, November 2013 http://www.christianpost.com/news/pastor-who-confessed-there-are-times-i-dont-feel-like-god-is-hearing-me-kills-self-as-congregation-family-waited-for-him-108608/

[4] Blair, Leonardo. "In Wake of Pastor's Suicide, Richard land shares Advice on How Young Ministers Can Cope with Loneliness of Ministry." The Christian Post. 15, November 2013 http://www.christianpost.com/news/in-wake-of-a-suicide-dr-richard-land-shares-advice-on-how-young-ministers-can-cope-with-loneliness-of-ministry-108825/