January 4, 2014
Another beloved television celebrity has "come out" and said to the world, "I am gay." This time its ABC's Good Morning America host, Robin Roberts. CNN says that Roberts has always been "open about her health battles, but she has not previously spoken publicly about her sexuality." [1] The timing of Robert's announcement begs the question: Why now?

On May 8, 2012, North Carolina approved a marriage protection amendment to its constitution, defining marriage as one man and one woman. The amendment was approved by the electorate 61% to 39%. It was an overwhelming defeat for so-called gay rights. After such a profound victory, one would have expected the story to have dominated the national news the next day. It didn't. In fact, it was given less than honorable mention in the media scheme.

Instead, the huge story on May 9th was President Obama's avowed support for same-sex marriage. Who did the interview of the President on the subject? You guessed it right – Robin Roberts.

Only two weeks ago, the "Duck Dynasty" controversy occurred. The reality show's Phil Robertson spoke out boldly, calling homosexuality a sin. Robertson paraphrased a passage of Scripture for GQ Magazine in an interview. Nothing the patriarch of the program said was inconsistent with the Bible's message on the lifestyle. Nevertheless, the remarks outraged the gay community, which called for his departure from the reality series. The network hosting the show, A&E obliged.

No one in the current climate of political correctness, however, would have expected the back lash that resulted from Robertson's firing. Millions in the country demanded his reinstatement. They not only liked the program, but they also agreed with Robertson's remarks. A&E reversed its decision.

Unable to shut down the voice of one who opposes the homosexual lifestyle from a biblical perspective, gay activists and their media supporters must counter with the voice of someone they believe might eclipse it. Twice now, Roberts is at the heart of an effort to squelch the clear and loud sound of opposition.

The point here is not that Roberts doesn't have the right. It's just that the public should see this for what it is – a war against any mention of the biblical position against homosexuality.

CNN's anchor, Don Lemon, a gay man, recently drew comparisons between Robertson and Roberts on a broadcast, arguing for gays in the closet to "come out." Lemon declared: "If people like Phil Robertson are deserving of keeping their platforms and are even defended and celebrated, then people like Don Lemon, or Thomas Roberts, or Rachel Maddow, or Sam Champion, or Anderson Cooper, or Robin Roberts are also deserving of their platforms and should be celebrated as well. That's why it's still important to come out and say very simply, 'I'm gay.'" [2] 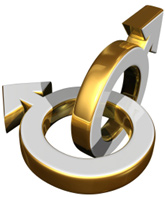 What? Is there a need to defend the right of gay people to have a platform in the media? Are they not celebrated to the hilt already? Where is the effort to fire these people?

But there is a concerted effort, a vast left wing conspiracy, if you will, to stamp out any Christian voice opposed to the LGBT agenda to normalize same-sex relationships. The list of LGBT characters in television, radio, comedy, dramas, news and information, soaps, etc. are voluminous. However, a popular lone voice on a reality show with a biblical stand in opposition to same-sex relationships causes an uproar not soon to be forgotten. I think the gay community doth protest too much.

A couple of years ago, Dr. Richard Land summed it up best, saying:

"Make no mistake about it, this is not a debate about 'live and let live.' The agenda of the homosexual community is to have their lifestyle and behavior normalized, and have same-sex 'marriage' normalized and to have those that disagree with it to be ostracized on the level of the Ku Klux Klan. That's their goal." [3]

God forbid. Yet it must be considered that gay activists may eventually succeed in their objective to silence the opposition, eclipsing it – even shaming it with voices of misguided support. Still, they can never quiet the contradictory voice of God within or without. God will have the final say.