April 26, 2015
This week in North Carolina, legislation passed in the state House that extends the waiting period for a woman to have an abortion from 24–72 hours, except in a medical emergency. Countless are the testimonies today of women who regret their abortions. The measure simply allows a woman more time to carefully consider the alternatives to ending her pregnancy. Women should be provided sufficient time to reflect on the gravity and irrevocability of abortion. Similarly, we require longer periods for decisions of much lesser import.

The passage of the legislation by a vote of 74-45 was certainly reason for celebration. Nevertheless, while I watched the proceedings from the Gallery, a colleague of mine with a laptop computer showed me a disturbing article that was published recently in the Journal of Medical Ethics. The piece certainly dampened my joy for the moment and brought home the reality of the monumental challenges remaining for the pro-life movement.

The article egregiously contended that parents should be allowed to destroy their newborn infants because they are "morally irrelevant." A group of ethicists connected with Oxford University said ending the life of a baby after birth is essentially no different than ending a life before birth in an abortion procedure.

These so-called medical ethicists wrote, "The moral status of an infant is equivalent to that of a fetus in the sense that both lack those properties that justify the attribution of a right to life to an individual." They further argued both the fetus and a newborn were human and certainly were potential persons, but neither was a person in the sense of "subject of a moral right to life."

In essence, the argument was one that says opinions on personhood are somewhat arbitrary. Therefore, parents should be allowed to decide whether to take the life of their newborn for all the same reasons they are allowed to have an abortion, including cases where a child is disabled.

How did we reach such a place of madness in western culture?

More than three decades ago philosopher and Christian ethicists, Francis A. Schaeffer, spoke to the question, advocating,


"I want to say to you, those of you who are Christians or even if you are not a Christian and you are troubled with the direction that our society is going in, that we must not concentrate on the bits and pieces. But we must understand that all of these dilemmas come on the basis of moving away from the Judeo-Christian world view – that the final reality is an infinite creator God – over into this other reality which is that the final reality is only energy or material in some mixture or form which has existed forever and which has taken its present shape by pure chance."


"If this other final reality of material or energy shaped by pure chance is the final reality, it gives no meaning to life. It gives no final value system. It gives no basis for law, and therefore, in this case, man must be the measure of all things...Specifically, in this view, there is no place for any knowledge from God. But it is not only that man must start from himself in the area of knowledge and learning, but any value system must come arbitrarily from a man himself by arbitrary choice. More frightening still...is the fact that any basis of law then becomes arbitrary – merely certain people making decisions as to what is for the good of society at any given moment."

Still, if our personal worldview excludes God, if our understanding of law rejects the assertion that the Christian religion should provide a moral compass, then something as precious as life is subject to become no more than, as Schaeffer put it, "a wart upon the face of an absolutely impersonal universe."

So indeed, without God, without his eternal and unchangeable law to live by, what difference does it make if the life is taken while it's in the womb or when it's outside of the womb? The value of that life is purely arbitrary. Its value is determined entirely by the ever shifting and relativistic notions of the powers that be. 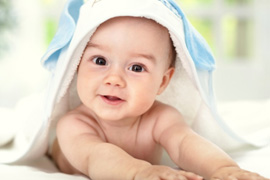 The relevant question is not simply when does human life begin? But instead the inquiry is what gives, or better still, who gives life its value?

Such an ethical question, therefore, extends far beyond the lives of infants or newborns, but to the lives of senior citizens, the mentally ill, the handicapped, the sick and the invalid, or even the political dissident. How soon before society considers the weak, underprivileged, or lightly esteemed, to be expendable and with no intrinsic value to the prevailing persuasion of the times, and, therefore, subject to "ethically" and "morally" be destroyed.

Schaeffer would have said, and rightly so, that the contentions of these Oxford medical ethicists are no different than those of Stalin, Mao, or Hitler, killing who they killed for whatever they conceived to be the good of society.

The Bible says that God made man in his own image (Genesis 1:26). That's what separates humanity as special from the rest of creation. Every man, woman and child, at any stage of life, reflects to some degree the likeness of Almighty God. To strike down innocent human life is to lift our hands in rebellion against the very image of God. When Cain took the life of his brother, Abel, God said that Abel's blood cried out to him from the ground. Even the very universe records the taking of a human life.

Whenever God and God's law, absolute and inviolable, a law based in his own image and person is no longer a part of the equation, there is nothing left but to be swallowed up by hell.

The author gratefully acknowledges the quotes from Francis A. Schaeffer in this editorial were taken from his address, "A Christian Manifesto," delivered in 1982 at Coral Ridge Presbyterian Church in Fort Lauderdale, Florida.