I want to begin this correspondence by saying that I believe very much in what you've stood for over the years. Your organization has worked tirelessly to defend our nation's Second Amendment. Although I never took the time to join the NRA, I am a fan and believe the nation is indebted to your great work.

As you know, there is currently legislation under consideration in the North Carolina General Assembly that would repeal North Carolina's 145 year-old Sunday hunting ban. The NRA supports this legislation and is actively lobbying the state's lawmakers for its passage. Although the Christian Action League is opposed to lifting the ban and has fended off assaults for several years, we respect your right to push for its abolishment.

What concerns me, however, is a recent NRA-ILA alert that was sent to your members in North Carolina that I believe smears people of faith, like me, who oppose Sunday hunting.

Your alert encourages members to take action, saying their voices need to be heard. "House Bill 640, an NRA-backed bill that seeks to expand Sunday hunting opportunities and protect our hunting heritage for future generations, is facing strong opposition from a small, yet vocal group," the alert reads. But a line that follows is disconcerting and asserts, "In essence, restrictions on Sunday hunting tacitly endorse the view of animal 'rights' extremists that there is something wrong with hunting."

Excuse me? You'll forgive the pun, but what an incredibly cheap shot. My position on Sunday hunting and the stand of the Christian Action League through the years, has absolutely nothing to do with the endorsement of the view of "animal 'rights' extremists," nor does it assert there is something "wrong with hunting."

There is simply no evidence to convict of such an alleged association. In fact, there is plenty of proof to the contrary.

About a year ago, the Raleigh News and Observer, in "Morning Memo: What Would Jesus Do with the Bonner Bridge?", cited my objections to the views of extreme environmentalists and animal rights groups in an article I wrote titled "Environmentalists, a NC Bridge, and What the Bible Says About Managing the Earth".

At the time, the Bonner Bridge was being shut down at great costs to residents of the Outer Banks. Building a new bridge had been held up for years because of legal wrangling with the Southern Environmental Law Center (SELC). They were contending the new bridge proposal would threaten coastal wildlife.

In my article I stated:


"The Book of Genesis teaches that mankind is to "[b]e fruitful and multiply and fill the earth and subdue it and have dominion...over every living thing that moves on the earth. Jesus taught that human beings, made in the image of God, are of much more value than animals. On one occasion the Savior said, 'Look at the birds of the air.... Are you not of more value than they?'"


In the same piece, I concluded:


"Contrast the Christian worldview with the viewpoint of militant environmentalists and you'll see there is a divide wider than the Bonner Bridge. Many believe in 'untouched nature' as their ideal. Thus they subvert building projects via lawsuits to protect some species of animal, bird, and even insect life. Some go so far as to argue the human population should be drastically scaled back to save the earth."


Do these words sound like someone who is giving a "tacit endorsement of the view of 'animal rights' extremists"? If there should be any question, you should read what leftist nature fanatics said about my remarks. They considered them an attack.

Let me also say without equivocation, I strongly support hunting. I started hunting when my Dad gave me a single shot 410 gauge shotgun at the tender age of nine. Since then I've owned and used guns my whole life – shotguns, rifles, and pistols. When I was younger and had a keener eye and a steadier hand, I could outshoot most of my peers. Moreover, not long ago I passed a "concealed carry" class and currently await the arrival of my permit.

Does this sound like a man who believes there is something bad about guns or "wrong with hunting"? No, of course not! And there are tens of thousands of people in the Tar Heel state who live and believe as I do who still don't want to see Sunday hunting with firearms made legal.

I've been in politics long enough to know that sometimes in order to win a political debate or a legislative objective, one strategy is to make your opponent into a villain. This way you rouse your constituents and move them to action. It's quite obvious that was the purpose of your alert. Still, some of the people you presumably seek to vilify with one broad sweeping statement of erroneous association are actually, very much like me, friends of most your other causes.

The Christian Action League opposes HB 640 because (1) the legislation as currently written pits rural North Carolina against urban North Carolina; (2) it forces Sunday hunting on many counties across the state that don't want it; (3) it will likely strain existing state resources to enforce the new regulations; and (4) it still poses a threat to the safety that rural churches in the state have enjoyed for decades.

But the primary point of resistance to the appeal is admittedly and unashamedly religious.

I wrote about the religious aspect in a recent editorial in the Raleigh News and Observer titled "How Sunday Hunting Would Weaken Value of 'Lord's Day.'

A few days ago, a North Carolina state Senator, who is a strong proponent of legalized Sunday hunting, graciously urged me to abandon the fight. He argued that with so many other activities already allowed on the day, it was senseless to refuse to give in.

I shared an analogy with him that I now share with you, as well as anyone else interested. I think the "Lord's Day" is a like a big conference room meant for holding meetings, but the room is full of all sorts of stuff – old tables – furniture – filing cabinets – boxes – old magazines – secondhand clothing, and other clutter unrelated to the room's actual purpose. Now, unfortunately, there is little space left to get the real benefit of the room. I suggest that through the years we've treated the "Lord's Day" in similar fashion, filling it with so many distractions that take away from what the day is supposed to be that, at this point, we've almost completely diminished the sacred institution's value to the culture.

Some lawmakers, the NRA, as well as other groups may argue it's time to make Sunday hunting a reality in North Carolina. But as for me, and the supporters of the Christian Action League, we don't believe even one more thing ought to go in that room. 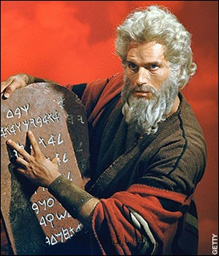 Yet we differ from you on Sunday hunting.

Allow me to suggest that while you aim at your political objective, you don't carelessly fire in a wide and general direction as you did in your last alert. You might just end up hitting a friend.

Besides, Moses, who handed down the 4th Commandment, "Remember the Sabbath Day, to keep it holy," was once the president of your fine organization. Right? Just kidding.