July 25, 2015
Donald Trump is certainly commanding a lot of attention in his run for the Presidency. Trump is a real mover and a shaker. A man like him with his business savvy might be able to lead this country back to prosperity. He is confrontational, unwilling to back down from a fight. He is fearless with the press. God bless him! Perhaps he could "Make America Great Again."

Yet there is something about Trump that causes me to hesitate. It's his associations with gambling. Don't get me wrong, I don't make my decision about a candidate running for office on the basis of one issue alone. Still, support for the gambling industry shouldn't be a minor consideration.

Les Bernal of Stop Predatory Gambling expressed some of my concerns recently, when he wrote that nearly every Presidential candidate is talking about "fairness," "opportunity," "equality" and "poverty" as the core theme of their campaigns. Yet any political leader who really wants to do something meaningful about it, without being ideologically divisive should start by stopping the exploitation of people via commercial casinos, tribal casinos, state operated lotteries or internet gambling.

Not enough information on Ben Carson (R), Carly Fiorina (R), or Bernie Sanders (D) is available to make a determination of their position.

But the point here is that support or opposition to gambling says a great deal about the character and worldview of the individuals vying for power. Into whose hands and with what kind of person will we give the reigns of one entire branch of the federal government?

Wouldn't we want that individual to believe in loving one's neighbor? Jesus said that we should love our neighbors as we love ourselves (Mark 12:31).

Gambling is something that's predicated upon the losses, pain and suffering of our neighbors. Cristina Brinkley in Winner Takes All rightly contends that casinos make 90 percent of their profits off of 10 percent of their patrons who are addicted to the forms of gambling they promote. Families impacted by gambling are at increased risk for negative outcomes such as divorce, bankruptcy, child abuse, domestic violence, crime and suicide.

Certainly people gamble of their own free will, but the practice is about taking someone else's property without providing anything of value in return. That might be legitimately declared a form of theft, and, although it may be consensual it still doesn't justify exploiting another's weakness for one's own gain. That's not loving our neighbor.

Don't we want the next President of the United States to care deeply about the plight of the poor? Christ exhorted us to care for the poor and implied we would be judged on the last day by the way we respond to "the least of these" (Matt 25:31-46).

Numerous studies show gambling preys upon the desperation of the poor. In a thoughtfully written piece in the Washington Post, Michael Gerson recently condemned state operated lotteries as an "awful example of political corruption." He rightly noted that ticket sales and advertising are concentrated in poor communities.

Gerson wrote: "The word does not adequately capture the cruelty and crookedness of selling a lie to vulnerable people in order to bilk them. Offering the chance of one in a 100 million is the equivalent of a lie. Lotteries depend on the deceptive encouragement of mythical thinking and fantasies of escape."

No, if a politician truly care's for the impoverished in life, he or she can't support gambling, especially government-sanctioned gambling.

A strong work ethic is in many respects the life-blood of our great nation. Shouldn't that virtue be something a President is unswervingly committed?

The Bible teaches work is at the heart of human dignity. Even before the fall of mankind, God commanded man to work, instructing Adam and Eve to tend the Garden. The apostle Paul told the church in Thessalonica, "...this we command you, that if any work not, neither should he eat" (I Thess. 3:10). Sloth, laziness, idleness and indolence are counted as one of the seven deadly sins.

Let me add one other consideration. Granted, many Americans would prefer that their President not being overbearing in matters of faith, but nonetheless, generally speaking, they want their President to be sincere and supportive of faith. 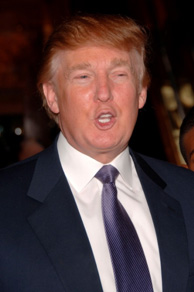 Gambling fosters a lack of faith in God. When turning to the tables of luck and chance, we deny the activity – the sovereignty of God in life. Rex Rogers, in Gambling in America, once referred to it as "rabbit's foot religion."

Of all the many lessons Americans would do well to learn is that our lives, our country, is not defined by what we possess. Our treasure is not in the things we own, but in the One who owns us – in the God who loves us so much that he did not spare his own Son. Therefore, why would he deny us any good thing that we need if we look to him?

Donald Trump recently said in an interview he didn't know if he had ever asked God for forgiveness. Among the many things he and some of the other candidates for President, as well as the country, need to seek God's forgiveness, is support for gambling.

Gambling works against so much of what is fundamental to the character and identity that made us a great nation. At least for me, it seems self-obverse for the country to support a candidate complicit with or supportive of this insidious business.