August 24, 2015
During a visit to the Holy Land, Mark Twain and his wife stayed in Capernaum near the Sea of Galilee. One beautiful night, he decided to take his wife on a romantic moonlit ride on that famous body of water. Dressed in his signature white hat, suit and shoes, he strolled down the pier and asked a man sitting in a near-by row boat the price for rowing them out.

Presuming that this cultured-acting man to be a wealthy individual from the states, the opportunistic oarsman said he would charge $25 American dollars. After thanking the man, Twain was heard to say as he and his wife turned away, "No wonder Jesus chose to walk."

It must have been something of this same sentiment against greed and corporate interests Pope Francis was meaning to voice in his recent encyclical Laudato Si', where he strangely censures the use of air conditioning.

Speaking about the environment and issues like global warming, the pontiff penned:


"People may well have a growing ecological sensitivity but it has not succeeded in changing their harmful habits of consumption which, rather than decreasing, appear to be growing all the more. A simple example is the increasing use and power of air-conditioning. The markets, which immediately benefit from sales, stimulate ever greater demand. An outsider looking at our world would be amazed at such behavior, which at times appears self-destructive."


Columnists like Shubhanker Chhorkra said the Pope's aversion to air conditioning made him "red hot." Michelle Malkin referred to the encyclical as "market-bashing" and sanctimonious.

While a recent poll by the Associated Press-NORC Center for Public Affairs Research found that fewer than half of Catholics in the U.S. even knew of the Pope's encyclical on climate change.

To be fair, I haven't studied the document carefully. I admit that I am more than a skeptic about climate change and I can't help finding the section about air conditioning to be funny stuff.

I can only imagine how Catholics in the various hotter climates of the world are going to react when they finally get the news their Pope thinks air conditioning is something they ought to forgo in life. Ahhhhh, I don't think so.

As someone once said, "It's so hot in some parts of the world the inhabitants there have to live somewhere else." As a college buddy of mine studying missions in tropical countries used to say, "Its hotter there than an ant's butt on a radiator."

You know it. And that's even true for much of the South during the summer months in America.

It can be so hot down South where I live; you might see an orange sucking on a lemon. During the hottest muggy days of summer, you won't ever see a dog chasing a cat. The dog might be on the chase, but I guarantee you both the dog and cat will be walking. And rarely does any self-respecting Southerner tell his neighbor in anger to go to hell. Why would he?

Ask Christians in these hotter climates to give up their air conditioning and you may as well ask them to face martyrdom. The latter would probably be easier now that they've had it for so many years.

But then again, why should they give it up for a lot of misguided science that would only make them poorer? I think it's mostly nonsense.

More importantly, from what I have read in the encyclical about climate change, I respectfully believe the document is a good example of the church reflecting culture, rather actually directing it by a strong Christian worldview.

In the beginning, the very opening chapters of the book of Genesis, the Lord commanded mankind to subdue the earth and have dominion over it (Gen. 1:28). We are supposed to make use of the natural resources God has given us to make life better. Certainly, we are to be good stewards of these resources and not abuse them, but the radical environmentalists would push us toward a false sense of guilt and moralities, having us believe there is no good use of any form of energy that emits carbon dioxide. Thereby, producing global warming and threatening the sphere on which we live.

C'mon! Are we to believe the God who told us it was morally right to "have dominion" over the earth, to make use of its resources and improve life, would allow his creation to careen off into destruction for obeying him? Do we honestly believe the earth will catastrophically fail, if carbon dioxide rose from to 27 to 54 thousandths of one percent of the atmosphere, as global alarmists imply?

The fact is, like our bodies which are fearfully and wonderfully made by God (Psalm 139:14), our Creator also designed a remarkable planet that is immensely resilient and able to adapt to an unsearchable variety of circumstances.

The Scriptures assure us, "A generation goes and a generation comes, but the earth remains forever" (Ec. 1:4). Life will continue in the earth much the same way as it always has until the Lord has completed every aspect of his redemption and ordered a new creation.

Don't misunderstand me, I don't dismiss science altogether. I just think the information we have at times can be interpreted the wrong way.

It reminds me of a story about residents of a building in Pittsburgh, Pennsylvania, who for 25 years said that whenever they turned the thermostat up, the building got too cold, and whenever the air conditioner was turned on the building got too hot. They had suffered like this for far too long, when one day it was discovered the plastic covers of the thermostats had all been put on upside down. Whenever they used the heat, the air conditioner came on, and vice versa.

You can be certain a lot of our science is just like this, interpreted in a topsy-turvy manner. This is especially the case when scientists' conclusions are in violation of the biblical record, its commands and promises.

Chhokra notes the good things inventions like air conditioning bring to the world, siting a National Bureau of Economic Research study that concluded it saves lives. According to the study, "air conditioning reduced heat-related deaths in the United States by 80 percent and could save even more lives in hotter, often poorer countries." He also writes that air conditioning "increases labor productivity and preserves capital stock, which has crucial implications for developing economies." 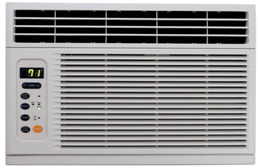 And that's not all. Malkin also points out that last fall, Carrier Corporation, unveiled a groundbreaking HVAC system for the Vatican that saves Michelangelo's masterpieces on the Sistine Chapel. This way such great works of art stay clean and cool for preservation.

What is it with this Pope that he would disparage prosperity and a higher quality of life for everyone? It neither makes theological or political sense.

I'll leave the answer to that question to my Catholic friends.

But I sure hope Al Gore doesn't get wind of this. Some news sources are saying he's being encouraged to run for President again. And you know how he is about this climate business and global warming. If he's elected he might seize on the pontiff's proposition, take away our air conditioning, and we're all liable to die of heat stroke. Just kidding.