During the War of 1812 the fate of our nation depended on Andrew Jackson's trusted messenger, Holdfast Gaines, an Indian scout. 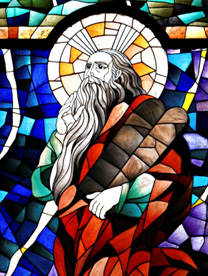 At sunset, as General Carroll sat dining, Holdfast Gaines stumbled through the doorway, making the 600 mile trek in six days and five nights!