Rev. Mark H. Creech
The smearing of a state

April 18, 2016
To smear someone means to sully, vilify, or soil a good reputation. It carries with it the idea of smudging or blurring the truth.

Since the North Carolina General Assembly passed HB 2, my beloved state has had its name maligned about as bad as calling a virgin a whore. The state has certainly been as innocent.

But who is interested in the truth when a leftist media, celebrities, sports organizations, and various corporate entities are crying out, "bigot," "hater," "homophobe," etc. When you sling mud it sticks. It doesn't have to be true. People move away as fast as a Jew did in Bible times from possible contact with a leper whenever hearing, "unclean, unclean."

Contrary to the gossip and tale-bearing, the new law in North Carolina is not discriminatory. In fact, it established a state-wide anti-discrimination policy every bit as strong as the federal government's. It did nothing to take away existing protections in state law. And it provided that private businesses can still offer reasonable accommodations for transgender people.

What HB 2 did do, however, was overturn an egregious ordinance by the City of Charlotte that exceeded its authority given by the state. The ordinance, barring all common sense, allowed an individual, regardless of his or her biological anatomy, to use any restroom, locker room, shower, or changing room, with whichever gender he or she subjectively identified. Such an ordinance created a loophole that sexual predators could exploit, making women and children vulnerable to situations of danger.

Moreover, Charlotte's ordinance also imposed a regulatory burden that would have unfairly allowed the government to interfere into private businesses and churches by forcing them to promote ideas and participate in events that conflicted with their peacefully expressed beliefs.

In a recent op-ed in the Washington Post, North Carolina's Governor, Pat McCrory, pointed to the culprit behind the malicious maligning of the measure. He wrote:

"Since the North Carolina legislature overturned this far-reaching Charlotte mandate, the Human Rights Campaign has led a coordinated assault and smear campaign. This national special-interest group, which is funded by anonymous donors, is attempting to bully companies, entertainers and anyone else who disagrees with its agenda. Our state has unfairly been used as its political pawn. Simply put, it is seeking to take jobs from hard-working men and women in the interest of self-serving, political theatre and selective outrage.

"However, the HRC remains silent while the same individuals and organizations sell their products, make their products or take entertainment dollars from countries like China, Cuba, Russia, Saudi Arabia and Singapore – countries with deplorable human rights records, especially towards the gay and lesbian community.

"These complex issues deserve real dialogue about common-sense solutions instead of threats and selective outrage from special interests, business elite as well as the media."

Thank you. Well said, Governor. Still, figuratively speaking, don't expect these social terrorists like the HRC to let-up on the pressure. There is no meaningful dialogue with them, only total domination. They are an unbending, immovable, aggressive, insistent force that would have every norm and moral turned on its head – every objection to their way vilified, penalized, fined, and criminalized by law.

Even though some big businesses have come out against the Tar Heel state, threatening to leave or not to bring their companies as promised because of HB 2, in a way they're victims of HRC's totalitarian tactics too.

John Rustin, president of the North Carolina Family Policy Council, has written a well-researched article titled, Business Opposition to HB 2 is 'HRC-Orchestrated,' Not Organic. In the piece, Rustin notes the way HRC has developed something called the Corporate Equality Index, a stringent criteria by which companies are rated and coerced into the LGBT agenda. 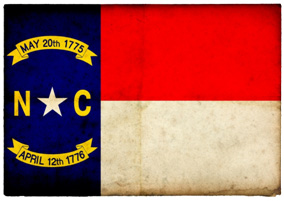 Rustin writes, "While I am sure that a handful of Fortune 1000 corporate executives are personally supportive of HRC's agenda, I fully expect others feel pressured and compelled to act in order to avoid getting a black mark beside their company's name in the Corporate Equality Index and being targeted for boycotts and other forms of retaliation...it is not only the omission of internal pro-LGBT corporate policies, benefits and culture that can result in retribution against a business, but it is also a failure by corporate executives and others to demonstrate 'public support for LGBT equality under the law through local, state or federal legislation and initiatives.'"

Nevertheless, there is only so long one can get away with coercing people into submission. Eventually they will rise up and take the whip from the task masters hand. For the present, that appears to be happening in states like Mississippi and my own, North Carolina.

So call us names. Smear our state's character. Listen to the parrots of political correctness. Heed the heavy hand of the HRC, if you will. Eventually, the truth will win out and the fog of a million lies will ebb away in the brightness of God's light.