Rev. Mark H. Creech
It ain't no game
The Founders, the Bible, Warned about Opposition form groups like the NBA and other Corporate Interests

July 17, 2016
The NBA's Commissioner, Adam Silver, said at a recent press conference that the league hasn't made up its mind whether the 2017 All-Star Game will be held in Charlotte as planned. Silver has said unless North Carolina's HB 2 law, commonly known as "the bathroom bill" isn't repealed or remains significantly unchanged the game would have to be moved from Charlotte.

Only days before the announcement, sixty-eight companies signed onto a lawsuit filed in federal court that claims HB 2 is bad for business. The Human Rights Campaign, which is largely driving the opposition, named the following companies as signing the amicus brief:

Despite gross misrepresentations of HB 2, the legislation is really a commons sense measure, passed by the North Carolina General Assembly that overturned an unconstitutional bathroom ordinance by the City of Charlotte. Charlotte's city ordinance would have created laws that aren't uniform across the state, violating the right to earn one's livelihood free of government interference. It would have unfairly allowed the government to overreach into private businesses and even force churches to promote ideas and participate in events that conflict with their peacefully expressed beliefs.

Certainly most Americans would agree that men shouldn't use women's bathrooms, showers and locker rooms, thereby making women and children vulnerable to situations of danger.

Certainly most Americans would agree that a city shouldn't be allowed to pass an ordinance that forces business owners to choose between violating their beliefs or be fined and jailed.

But perhaps, this is, at least what a portion of corporate America wants. It is, unquestionably, what the Obama Administration's Department of Justice (DOJ) wants and these corporate entities have joined the DOJ's lawsuit against North Carolina.

Every God-fearing American should be incensed.

It's not like the threat that Charlotte's ordinance posed is unreal.

N.C. Senate Leader Phil Berger just sent out a press release about an unnamed woman's complaint in Charlotte. A Television station (WCCB) reported that the woman saw a man in the women's restroom at an uptown eatery. He apparently was "making noises" and "playing with himself" in the stall next to her. She took a picture of his size 11 to 13 shoe to prove her story. The woman's husband later chased down the man, who was detained by security.

Berger said concerning the incident that anyone "actively fighting the common sense bathroom safety bill needs to explain why they think what this man put this woman through in a Charlotte bathroom this week should be legal."

Numerous similar examples could be sited in other parts of the country, the latest of which took place in an Idaho Target store, where a man who identified as transgender was arrested for taking photos of a woman in a fitting room.

It's not like the threat against religious liberties posed by laws comparable to the Charlotte ordinance are simply imagined.

These people were willing to serve any and all their customers, but consistent with their First Amendment rights they weren't willing to promote or participate in all messages and events. For this, they were punished by the government.

Ask the congregation of Fort Des Moines Church of Christ, which has filed a federal lawsuit to keep the government from censoring their church's teaching on biblical sexuality and from forcing them to open their restrooms and shower rooms to the opposite sex, if the menace of such laws are just made-up?

Neither is it true such ordinances are necessary for good business.

Alliance Defending Freedom (ADF), a legal organization that "advocates for the right of people to freely live out their faith," note that numerous studies suggest that states without these policies "actually have greater economic growth," while many states that have added them have "weaker economies and lower job growth." They add, "While this does not mean that states with these types of laws always experience low economic growth, it does indicate that these classifications aren't essential to economic growth."

Moreover, since HB 2 passed, North Carolina has gained and created over 25,000 net new jobs (part of the 285,000 new occupations created since 2013), while also reporting a revenue surplus of $425 million. Plus, CNBC in its annual list of America's top states for business just ranked North Carolina as 5th in the nation.

The founders of our nation had a healthy distrust for big corporations. They knew that large corporate entities had a propensity for preying upon the people's rights.

Thomas Jefferson once said, "I hope that we shall crush in its birth the aristocracy of our monied corporations, which dare already to challenge our government to a trial of strength, and bid defiance to the laws of our country."

John Adams shared Jefferson's opinion, saying, "Banks have done more injury to the religion, morality, tranquility, prosperity, and even wealth of the nation than they can have done or ever will do good." 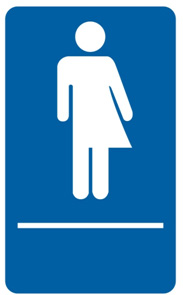 Even the Bible gives examples of the way the wealthy and big business interests can oppress religious liberty.

In Acts 4: 1-3, the rich Saducees are reported to have "laid hands on" Peter and John. Acts 13:50 says at Pisidian Antioch the "chief men of the city" were stirred up to persecute Paul and Barnabus. Acts 16:19, says that in Philippi affluent owners of a slave girl that made money off her abilities of divination dragged Paul and Silas into court because they cast the evil spirit out of her. Acts 19:23-41 says the direct cause for an uproar in Ephesus was because the spread of Christianity in certain industries was causing a decline in profits.

Many supporters of HB 2 have called the DOJ, corporations, and the NBA bullies. It's really worse. When government overreaches and giant companies join with it in pursuit of an immoral objective, that's not just bullying, that's tyranny.

Whatever you call it. It's what the founders warned us about. It's also something the Bible talks about. And it ain't no game!