July 24, 2016
Under the direction of Adam Silver, a man who has advocated for the legalization of the evil and immoral practice of sports betting, it comes as no surprise that he now leads the NBA in a malicious scheme to score a wicked goal on North Carolina.

It's simple despite the NBA's objections and misrepresentation of HB 2. Men shouldn't be allowed to use women's bathrooms. Women and young girls shouldn't be forced to undress or shower in the presence of men. Neither should the government be allowed to force people or groups to promote ideas or participate in events they find morally objectionable. HB 2 overturned Charlotte's egregious ordinance which would have perpetrated these injustices on its citizens, as well as others in the state. 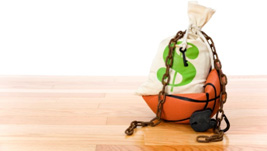 Make no mistake, by insisting that the common sense measure HB 2 either be repealed or amended as they require before bringing the All-Star Game to Charlotte, is not only a form of blackmail, but a decadence based in political correctness that turns true morality on its head.

North Carolina should answer the NBA in the same manner Peter responded to sinful Simon Magus in Acts chapter 8 and verse 20. In so many words the Apostle said, "May your silver perish with you, because you thought something so precious and sacred could be purchased with money."