November 6, 2017
Dizzy Gillespie, the great jazz trumpeter, is remembered not only for his stupendous talent but also for the way his cheeks would puff out when he blew his horn.

Writer Jim Doherty says that on one occasion Gillespie was talking with Chicago Symphony trumpeter Adolph (Bud) Herseth. Herseth, a white man, is known for turning bright red whenever he would play. Gillespie, who was Black, kidded with Herseth, "Bud," how come your cheeks don't puff out when you play?"

Herseth replied, "Diz, how come your face doesn't get red when you play?"

Two great trumpeters with different styles. God has made us all unique, and the creation shows that God enjoys its diversity.

Nonetheless, the celebration of diversity shouldn't include matters sinful, shameful, and harmful. Granted, bigotry is something to be reviled, but Christians who believe homosexuality and same-sex marriage are sinful base their views on solid reasoning.

Although the word, "discrimination," is typically seen as a bad thing, our laws discriminate against behaviors that are considered detrimental. Could you imagine calling someone who discriminates against the incestuous or the Harvey Weinstein's of the world as bigots? These may involve consensual conduct but they would still be wrong – very wrong.

Bigotry is really about prejudging people without a substantive reason and opposition by conservative evangelicals to same-sex relationships or polyamory are rooted in their love of what's healthy and beneficial.

Considering the serious negative spiritual and physical consequences of sex outside of the marriage of a man and a woman, is it really rational, kind, or just to affirm this behavior? God forbid. This would not only be an injustice to society but hurt those engaged in it.

More than 60% of North Carolinians voted in 2012 to elevate state law defining marriage as one man and one woman into the state's constitution. These people didn't vote for a constitutional marriage amendment out of bigotry, but because thousands of years of evidence clearly show heterosexual relationships of one man and one woman committed to marriage for life is superior in providing society with the most benefits. Other types of relationships have significant personal and societal drawbacks, especially for children. 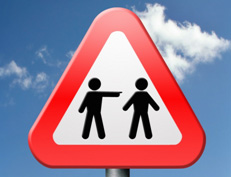 It's not uncommon for those who cannot win on the merits of their arguments to sling mud by name-calling. Moreover, Shore's charge is a case of selective morality. While resistance to gay marriage is certainly not bigotry as he asserts, it might be asked why he thinks bigotry is wrong. From what moral standard or authority does he argue? On what basis does he contend bigotry is wrong, but at the same time refuse to admit homosexuality is wrong too?

The reality is Christian people who treat homosexuality as a sin are the very opposite of bigots. For instead of stereotyping homosexuals as predetermined products of either their biology or environment, the Gospel treats them equally as sinners (as are all of us) that need to repent and trust in Christ. This is the heart of the Christian faith: Christ died to set sinners free from sin.

So if you've been a thief, a drunkard, a drug addict, an extortionist, an adulterer, a liar, a murderer, etc., you can be forgiven and emancipated. But oops, when you think about it, to oppose these behaviors might warrant the charge of bigotry as well.

Nonsense, it's not bigotry! And there is something terribly wrong with the celebration of that kind of diversity.

This article was first submitted to the Asheville Citizen Times (A-CT) in response to an editorial by N. John Shore in the A-CT titled, "Does My Bible Belief Make Me a 'Bigot?'" The A-CT agreed to publish my piece, provided I was willing to accept qualifiers such as "I believe" and "we believe" prior to a number of core statements. The edits would have reduced my argument to a subjective one.

N. John Shore's editorial that accused conservative Christians who believe homosexuality is sinful as bigots was purely subjective but treated as objective fact in the A-CT and not subject to their addition of qualifiers. I could not in good conscience allow myself to be reduced to such media bias and discrimination. Therefore, I instructed the A-CT to pull the article, which they did.