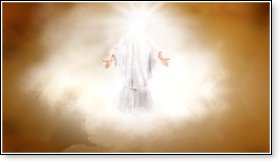 During the memorial service for her father, Anne Graham Lotz, Dr. Billy Graham's daughter, said she believed her father's passing could have prophetic significance. As part of a set of eulogies given by her and her siblings, Lotz contended that when her father passed she believed "there was something very strategic from heaven's point of view."

"I know that before the foundations of the world were laid, February 21, 2018, was the date that God chose to take my father home," she said. She then noted the date of Graham's passing is also the same day the Jews focus on Scripture readings about the death of Moses.

Graham said she believes there might be a parallel.

Lotz concluded, "I believe this [her father's passing at the present time] is a shot across the bow of heaven. And I believe God is saying, 'Wake up, church! Wake up, world! Wake up, Anne! Jesus is coming. Jesus is coming...Jesus said that when the gospel is preached to the whole world as it is today in this service, as it is through churches, missionaries, ministries, Jesus said in Matthew 24:14, 'When the Gospel is preached, then the end will come.'"

Could Lotz be correct? Could Christ be at the door to deliver his people from the bonds of this earth and take them to their final home?

I must confess that I've had similar thoughts about the passing of Billy Graham.

The Old Testament book of Genesis tells us about a man named, Methuselah, who was the grandfather of Noah. Methuselah is reported to have lived the longest, 969 years.

Interestingly, Methuselah's name means, "his death shall bring judgment." According to the Genesis account, it was not very long after Methuselah's passing, when repentance and salvation had sufficiently been preached by Noah to a wicked world; God's judgment came in a universal flood.

It certainly seems that Methuselah's incredibly long life was symbolic of God's long-suffering and patience with the world's rebellion. I have also wondered if Graham's faithful preaching of the Gospel around the globe, his own exceptionally long life, is in some way emblematic of God's patience, calling sinners everywhere to repentance and faith, because Christ's church is about to be lifted away from this planet and judgment is soon to fall on it a second time – just as the Scriptures have predicted.

Billy Graham expressed concern about the coming judgment when he wrote his book World Aflame. In that book, Graham warned:


"That moral and spiritual decadence is upon us today becomes evident at the turn of every page of our daily newspaper. We live in a day when old values are rejected and the sense of significance and purpose has disappeared from people's lives. The Western world's sole objective seems to be success, status, security, self-indulgence, pleasure, and comfort...Yes, we need to cry out to be saved – saved from ourselves, for it is the soul of a nation and a culture that is dying! Hosea the prophet urged the people of his day: 'Sow to yourselves in righteousness, reap in mercy; break up your fallow ground: for it is time to seek the Lord, till he come and rain righteousness upon you' (Hos. 10:12)...The crack in the moral dam is widening, but like the people of Noah's day before the flood, life goes on as usual with only a few concerned and scarcely anyone alarmed. However, apathy will not deter catastrophe. The people of Noah's day were not expecting judgment – but it came!...When the headlines get black and foreboding, the sale of alcohol and barbiturates rises in the country, as millions try to escape from the grim reality of our dangers...[O]ur decaying morals do not surprise God. They add to the pile of flammable tinder that shall someday be ignited by the fires of God's judgment...If ever a generation was bequeathed the knowledge of God, we were. Yet we are throwing away this glorious heritage on our lusts and passions."


Graham wrote those words back in the 1960s, and they are even more relevant – even more poignant today!

Christ's return could indeed be just around the corner. None of us knows the day of His return, but the signs of the times seem to indicate it's near.

For those who know the Lord, this means that there is an urgency to always be alert and busy about the Lord's work, lest when our Master returns he catches his servants unaware.

For those outside of the faith, nothing could be more important than to immediately cast oneself upon the mercies of God in Jesus Christ, before it's eternally too late.