Rev. Mark H. Creech
One in six binge drink every week, but do lawmakers care?

March 26, 2018
According to a new report published in the American Journal of Preventative Medicine, researchers from the Centers for Disease Control conducted a study to determine how much booze Americans are tossing back. It turns out that the amount is astonishing. 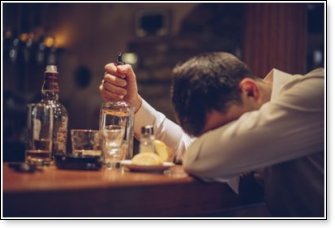 A statement released on the study Friday, March 16th, said "CDC scientists analyzed data on self-reported binge drinking during the past 30 days from CDC's 2015 Behavioral Risk Factor Surveillance System. Total annual binge drinks was calculated by multiplying the estimated total number of binge drinking episodes among binge drinkers by the average largest number of drinks consumed per episode, and was assessed by age, sex, education, race/ethnicity, household income, and state."

The study determined that Americans swigged down 17 billion drinks in 2015, which amazingly equals a total of 470 binge drinks per binge drinker.

Other findings showed that while the prevalence of binge drinking is more common among ages 18-34 as might be expected, more than half of binge drinking is done by adults over the age of 35. Men binge drink the most, approximately 80 percent. While people of lower incomes (under $25,000 annually) consume substantially more drinks each year than those with higher incomes and educational levels.

Dr. Robert Brewer, coauthor of the study and the lead researcher for the CDC's alcohol program, said, "This study shows that binge drinkers are consuming a huge number of drinks per year, greatly increasing their chances of harming themselves and others."

Binge drinking is a national scourge that produces a host of social problems such as hazardous driving, precarious sexual activity, and violence. It's at the bottom of serious health issues like cancer, heart disease, and liver failure. Every year, it accounts for more than half of the 88,000 alcohol-related deaths in this country, and no less than three-quarters of the $249 billion in economic costs connected to drinking.

Researchers say in this recent study that among some of the most important ways to reduce binge drinking is limiting the number of alcohol outlets, limiting days and hours of sale, and imposing stiff penalties on outlets that illegally serve underage or intoxicated patrons.

Hmmmmm....the findings in this study are really interesting!

Who in North Carolina has been arguing the problems with alcohol abuse in our state and nation are no inconsequential matter? Who has been contending alcohol is not an ordinary commodity, and, therefore we can't afford to treat it as we do other commodities? Where have I heard limiting alcohol outlets is a necessary means for reducing the harms associated with our national drunkenness? Where have I heard limiting the days and hours of alcohol sales are critical for holding back the flood of alcohol-related social ills?

Oh, now I remember. I said it, over and over again for years – that right-wing preacher – that lobbyist for the Christian Action League – that fool who needs to realize times have changed – that neo-prohibitionist determined to take away everyone's freedom to drink. Baseless accusations leveled at me, distractions from arguments about responsible alcohol policies that were unquestionably guided by faith, but mostly based in sound scientific research.

Yet these arguments which I have made to lawmakers, conclusions not only reached by the CDC in its most recent study but also found in numerous other reputable studies, more often than not, seemed hardly more than a tiny blip on their radar. In the last 20 years, lawmakers in the North Carolina General Assembly, both Democrat, and Republican, continuously rolled-back the state's alcohol control measures, providing one legislative gift after another to restaurants, lodging, and alcohol industry interests at the expense of healthful living and a wholesome society. 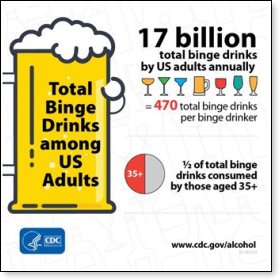 Every excuse in the world has been concocted to make these changes more palatable – despite the overwhelming evidence our alcohol problems are worse than the troubles associated with all of the illicit drugs combined – despite the fact that alcohol issues are monstrously larger than all our problems with guns.

The predicament is not unique to the Tar Heel state. It's this way across the country. Many have been sounding the alarm in their respective states and it's largely fallen on deaf ears. Moreover, on the federal level, as a part of the President's tax reform bill, the U.S. Congress gave a huge tax break to craft brewers, wineries, and distilleries – something a vast amount of research shows exacerbates the problems of alcohol abuse.

This is not a diatribe against drinking, although I personally embrace abstinence. Instead, it's a call – a plea for policymakers to take an honest and objective look at the evidence. This nation has a serious drinking problem that's growing and laws that encourage temperance and restraint are desperately needed.