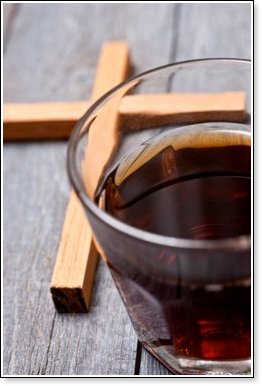 There is considerable data to show such changes exacerbate alcohol-related problems.

The "Community Preventive Services Task Force," is an "independent, nonfederal, unpaid panel of public health and prevention experts that provide evidence-based findings and recommendations about community preventative services, programs, and policies to improve health." Its 15 expert members, who are appointed by the Center for Disease Control (CDC) reported that "increasing the number of hours and days when alcohol can be sold in bars, restaurants, and liquor stores leads to greater alcohol use and related harms, especially motor- vehicle crashes. National, state, and local policies that remove previously banned alcohol sales on weekend days (usually Sundays) or that increase the hours of sale by 2 or more hours contribute to excessive drinking and many dangerous outcomes, including driving after drinking and alcohol-related assault and injury."

There are also reputable studies which show that, in the long term, Sunday alcohol sales actually result in a loss of money for establishments, typically due to additional overhead costs. Moreover, any tax gains are always exceedingly small in comparison to the price citizens pay in social costs for the luxury of more drinking time on the Christian Sabbath.

But I suggest it's not the loss of money that ought to be the greatest concern. Instead, it's the negative impact on religious influence that should be of paramount importance.

Many would argue allowing alcohol sales on Sundays shouldn't do anything to hurt the ministry of churches. But the evidence demonstrates otherwise.

For instance, authors Jonathan Gruber and Daniel M. Hungerman, with the National Bureau of Economic Research, found in "The Church vs. the Mall: What Happens When Religion Faces Increased Secular Competition?" that "when a state repeals its blue laws religious attendance falls, and that church donations and spending fall as well." They added, "These results do not seem to be driven by declines in religiosity prior to the law change..."

Furthermore, Gruber and Hungerman assessed the effects of changes in these laws on drinking and drug use and discovered "repealing blue laws leads to an increase in drinking and drug use, and that this increase is found only among the initially religious individuals who were affected by the blue laws. The effect is economically significant; for example, the gap in heavy drinking between religious and non-religious individuals falls by about half after the laws are repealed."

When governing bodies pass laws or policies that allow for Sunday sales of alcohol, they are almost exclusively driven by business interests at the expense of religious interests. Yet, we are more than bread and wine. Neither are we simply what we possess. We are also living souls. And even more important to the well-being of our citizenry are those things that make for character.

Liberty is dependent on good morals, and a society with a strong moral constitution cannot be separated from religious instruction and inspiration. Therefore, governments do well when they aren't calloused or indifferent to religion, but approve policies that accommodate and encourage it.

Such a friendly relationship between government and religion is not a violation of church and state, as some might contend. In fact, in the U.S. Supreme Court case, McGowan v. Maryland (1961), the High Court decided 8-1 that Blue laws are not unconstitutional just because they arise from religious underpinnings. The Court ruled, as mostly understood and administered, Sunday laws prohibiting commerce in certain instances are of a secular purpose rather than a religious one. What is more, in Zorach v. Clauson (1952), SCOTUS said, "When the State encourages religious instruction or cooperates with religious authorities by adjusting the schedule of public events to sectarian needs; it follows the best of our traditions. For it then respects the religious nature of our people and accommodates the public service to their spiritual needs."

Let's face it, the primary reason alcohol sales have been denied on Sundays across the country have been out of deference and respect for the churches. Where is this respect today?

It isn't that government should be legislating church attendance. However, there was a time when government was more sensitive and supportive of religion's efforts to produce the kind of morality necessary for a principled and free people. Sunday alcohol sales inhibit and diminish religion's optimum opportunity to flourish. To argue Sunday alcohol sales do nothing to negatively impact religion's positive influences is to fail to understand alcohol, religion, and culture.

Except one be atheistic or indifferent to religion altogether, who really wants to toast to that?