Rev. Mark H. Creech
'Don't let it get your goat' 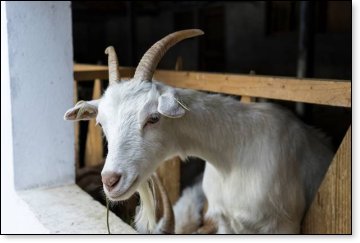 Every year since 2007, the American Psychological Association has commissioned a nationwide survey to determine Americans' state of stress. The survey measures the levels of anxiety among the general public and identifies the common sources of strain.

According to the 2018 Stress in America survey, more than 6 in 10 Americans (62%) reported they were worried about America's political climate, and more than two-thirds of the country (69%), were worried about our nation's future. The survey showed a significant increase from those who said the same last year (63%). Moreover, most Americans said they didn't believe the country was on the right path (61%).

David Hawkins in When Life Makes You Nervous writes, "Perhaps there is no more unsettling feeling in the world than anxiety. It can grip you so fiercely that you believe that you will come apart at the seams."

Have you ever heard the expression, "Don't let it get your goat"? Were you aware of the history of that expression?

It used to be that racehorse owners would put a goat in the stable with a sensitive and high strung horse. Interestingly, the placid goat's presence would quiet and relax the steed. If a big race was ahead the next day, some unprincipled person might steal the goat out of his competitor's stable. If he could "get his neighbor's goat," then he knew that his competitor's horse wouldn't do well in the race.

This is surely a time of jangled nerves. The cares of this life have a way of getting your goat, and people beset with worries have difficulty running a good race.

Our mental hospitals are overflowing. People in the U.S. are drinking more alcohol than ever. The nation has an opioid epidemic. And there's a major push to make pot and cannabis products legal. Alcohol and other drugs have been shown to have a connection to our stress levels, and the way we use them to cope.

Certainly, there is a better way. How can we keep the cares of this world from getting our goat?

The first step is to receive Christ.

Jesus said, "Don't worry about your life, what you will eat or what you will drink; or about your body, what you will wear. Isn't life more than food and the body more than clothing? Look at the birds of the sky: they don't sow or reap or gather into barns, yet your heavenly Father feeds them. Aren't you worth more than they?" (Matthew 6:25-26). Sometimes people will say, "Well, if that passage is true and God has promised to take care of all our needs, then why do we see so much poverty and deprivation?" The answer is the promises of God's care are for those who have repented of their sins and received Christ.

"Those who have never surrendered their lives to Christ ought actually to worry more than they do. They are the ones who really have something to worry about! If they knew what awaited them in the next life, I think unbelievers would worry a lot more than they do. Now they may worry about going financially bankrupt; in reality they should be worried about going spiritually bankrupt. It is one thing to spend the rest of this life in the poorhouse; it is quite another to spend the next life in hell."

The first step to overcoming anxiety, fear, and dread is to dump one's burden of sin on Christ and be forgiven. Then can also be laid on Him the burdens of life.

The apostle Peter gives the second step for dealing with disquiet. Admonishing believers, he says, "Cast all your anxiety on him because he cares for you" (I Peter 5:7).

Even as a follower of Christ, Peter had been a great worrier. Once he walked on water with Jesus, but when he concentrated on the storm, the wind, and the waves around him, he started to sink. Peter learned the secret to living above the tempest is persistent trust in God, focusing continuously on the Lord and His solicitous sovereignty over everything that happens in a child of God's life.

Now some Christian may read this and say, "Yes, I believe these things. Nevertheless, I continue to suffer bouts with apprehension and uneasiness."

Then let me suggest a third step. Someone once said, "Make good habits, and your good habits will make you good." In other words, develop the practice of turning to God in prayer every time you feel worried.

The apostle Paul instructed the church, "Don't worry about anything, but in everything, through prayer and petition with thanksgiving, let your requests be known to God. And the peace of God which surpasses every thought will guard your hearts and minds in Christ Jesus" (Philippians 4:6, 7).

Habitually turning to the Lord in prayer at every sign of trouble is a critical means for breaking the power of worry. It's like a conditioned reflex – something learned. You do it so often you don't even think about it. Such as when you put your foot on the brake of your car or when you stand at the singing of the National Anthem. Rather than turning inward, you turn outward to God – constantly, over and again, each time you feel a bit anxious until eventually, the peace of God that surpasses all understanding is firmly in control. 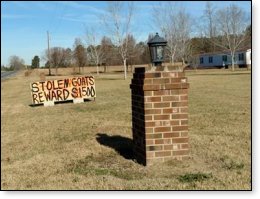 The politics of today are certainly a great stressor for many Americans. But other Americans have faced similar, and even more profound fears in their time.

On September 16, 1775, the same year the Revolutionary War began, Abigail Adams wrote to her husband John Adams, about her choice to trust God despite their uncertain future. She wrote:

"Unto Him who mounts the whirlwind and directs the storm, I will cheerfully leave the ordering of my lot, and whether adverse or prosperous days should be my future portion, I will trust in His right hand to lead me safely through, and after a short rotation of events, fix me in a state immutable and happy."

Abigail Adams trusted Christ and didn't let life's menacing dangers get her goat. We must commit to the same.