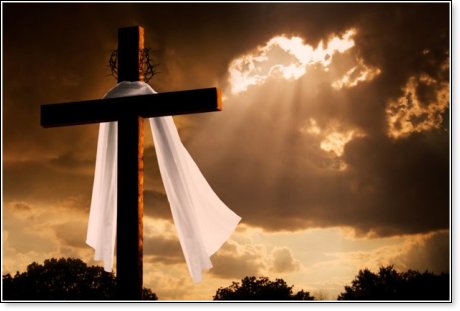 Clive Sinclair once said that he saw the world as a place of bitter irony. Irony, I think, can be defined as incongruity between a situation and the action which accompanies it.

Irony was what came to mind as I considered legislation North Carolina lawmakers passed this week and its incongruity with this being the time we celebrate Christ's passion and resurrection.

Thursday, the North Carolina General Assembly passed HB 130 – Allow Game Nights. The legislation authorizes non-profits across the state to have casino-style gambling events for fundraising. Proponents argue these gaming nights are benign, it's all for fun, no cash is passed, and the proceeds go to charity. But I suggest the legislation is still wrong – very wrong – because it glorifies gambling.

Does anyone remember the Roman soldiers, the gamblers at Golgotha, during Jesus' crucifixion, down on their knees, casting dice for his garment? They were so caught up in gambling's pernicious effect; they didn't even notice the Savior of the world was dying.

For what was Christ dying on that Cross? He was giving his life as an atonement for sin – the sin of covetousness which gambling stirs up in us – the sin of failing to love our neighbor whom gambling preys upon, especially the poor and vulnerable – for failing to be good stewards of the resources God has provided which gambling wastes – to set us free from the enslaving power of addictions like gambling that drag us down in life and into hell. Gambling in any form is a violation of the moral will of God.

Can anyone see the irony of state lawmakers approving a measure that lauds gambling as a means of charity – a means for demonstrating love and benevolence – something the God of love condemns – on the eve of the day we commemorate Christ's death for our sins?

This week, a panel of lawmakers in the North Carolina House, passed a bill, HB 91 – ABC Laws Modernization/PED Study, that would allow liquor stores to open on Sundays.

Does anyone remember the reason Christians worship on Sunday? It is because, after the resurrection of Christ on the first day of the week, the early Christians (a Jewish sect at that point) moved Sabbath observance from the seventh day to the first to commemorate the eternal rest Christ secured for everyone who believes.

The 4th commandment, "Remember the Sabbath day, to keep it holy," still stands, but because of Christ's resurrection, most Christians observe it on Sunday.

Does anyone see the irony of opening liquor stores on Sunday – the day Christ's resurrection is celebrated every year as a national holiday, as well as the beginning of every week?

On this day, which God has commanded people everywhere to keep holy; our state representatives have proposed that we sell more liquor and put the public's health and safety at higher risk. Moreover, liquor sales or the imbibing of liquor, which can lead to insobriety and bad behavior, hardly seem consistent with keeping the Sabbath day holy – a special day not just for the individual but also for the culture to observe in the name of higher pursuits. Call the legislative proposal a blow for freedom, if you will, but freedom without responsibility, without legal or moral restraint, can no longer be defined as liberty, but instead licentiousness.

Did Christ rise from the dead that we might be a licentious people? Does the Sabbath on Sunday call us to rest, worship, and family, or to getting liquored up?

The irony here is palpable.

This week, state legislators passed an excellent measure, SB 359 – Born-Alive Abortion Survivors Protection Act. The legislation, for purposes of state law, ensures that an infant who is completely expelled or extracted from the mother and born-alive as the result of a botched abortion is a "person," regardless of whether the infant was targeted for abortion. But Governor Roy Cooper, a professing Christian, vetoed the measure.

Does anyone see the irony in the Governor vetoing legislation meant to preserve life, on the same week we celebrate the One who died and rose again so that we might have life?

Governor Cooper's veto placed him on the wrong side of the battle for life, which has already been decided by the resurrection of Christ. Any of the infants who die because of his action will rise up on the last day to testify and veto him at the judgment of God.

The incidents of this week are a grim reminder of life's bitter ironies. They demonstrate our fallen state before the Lord and our desperate need for repentance.

The Apostle Paul tells us the way of hope: