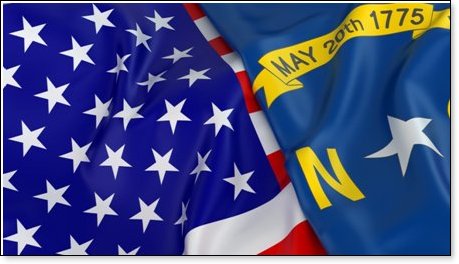 Rev. Benjamin Morris was a Congregational minister, who lived from 1810 to 1867, pastored churches in Indiana and Ohio, and other places. When his health failed, he retired from ministry and moved to Washington, D.C.

Morris developed a deep concern that America was drifting from her spiritual moorings and spent a decade writing Christian Life and Character of the Civil Institutions of the United States.

Morris' book, which has been reprinted by American Vision, is 1060 pages of masterful documentation showing, as Archie P. Jones, says in the Forward, that "it was Christianity – not paganism, 'religious neutrality,' or secularism – which produced freedom and justice in the West and in America...He sought to give Christians and Americans a true vision of the hand of the Lord in our history and of the crucial, foundational place of Christianity in our civil government and public life...for the good of the people of the nation, for the cause of Christ, for the future, for Christian liberty and justice, and for the glory of God."

One section of Morris's work succinctly records the colonial history of North Carolina and the basis of her institutions on Christianity. He charts the movement of fugitives from Virginia seeking refuge from the "rigid, intolerant laws of that colony, which bore so heavily on all that could not conform to the ceremonies of the established Church" to the "Scotch-Irish Presbyterians, who formed so large a proportion of the people of North Carolina, and molded its religious and political character..."

Morris writes: "The religious creed of these Christian immigrants formed a part of their politics so far as to lead them to decide that no law of human government ought to be tolerated in opposition to the expressed will of God. Their ideas of religious liberty have given a coloring to their political notions on all subjects – have been, indeed, the foundation of their political creed. The Bible was their text-book on all subjects of importance, and their resistance to tyrants was inspired by the free principles which it taught and enforced."

Morris sites, as an example, the instructions given to the delegates of Mecklenburg County, "which constituted the celebrated Mecklenburg Convention of North Carolina convened in 1775."

The delegates were instructed to "assent and consent" to the Christian religion, "as contained in the Scriptures of the Old and New Testament...to the exclusion forever of all and every other (falsely so-called) religion."

"This political paper declares that the people of North Carolina believed the Bible, and from it drew their principles of morals, religion and polities," writes Morris. "To abjure the Christian religion would have been, with them, to abjure freedom and immortality. They asserted in every political form the paramount authority of the Christian religion as the sole acknowledged religion of the state and community."

During the Mecklenburg Convention, which met on the 15th of May, 1775, delegates also learned of the battle of Lexington, which precipitated the Mecklenburg Resolves five days later on May 20th.

Its original copy having been lost in a fire, the existence of The Mecklenburg Declaration is contested by some. But in 1829, the state legislature ordered a select committee to investigate and settle any controversy surrounding it. The committee heard compelling testimony from eye-witnesses who were said to be men beyond reproach. Many of these men were decorated Revolutionary War heroes, and two were ordained, Presbyterian ministers.

Although not acclaimed as it was by earlier North Carolinians, the state still recognizes The Mecklenburg Declaration. Its date is on the state flag and state seal. Its story was at one time printed in elementary school books and taught in public schools. Moreover, in 1881, the North Carolina General Assembly made May 20th a legal holiday to commemorate the Mecklenburg Declaration. Presidents William Howard Taft, Woodrow Wilson, Dwight D. Eisenhower, and Gerald Ford visited Charlotte to participate in "Meck Dec Day" celebrations.

Morris contends that the Mecklenburg Resolves were "a noble monument of the patriotism and piety of the people of North Carolina."

"The colony of North Carolina is particularly distinguished for the large number of able and patriotic ministers who were diligent laborers in the fields of intellectual and Christian culture and in sowing broadcast the seeds of liberty and of future independence...These men were the pioneers of freedom and independence, and in all the measure preparatory to the coming revolution they were the foremost leaders," writes Morris.

Monday, May 20th, marks a historic day for North Carolina. North Carolina was first in freedom. And is it any surprise that the religion of the Great Emancipator, Jesus Christ, would be at the heart of it?