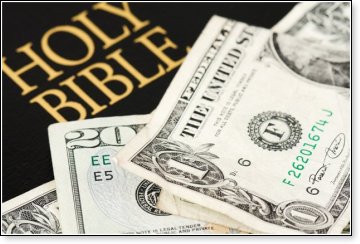 Thursday, at a CNN Townhall meeting hosted by Don Lemon, Lemon asked Democratic presidential candidate Beto O'Rourke, "Do you think that religious institutions like colleges, churches, and charities should lose their tax-exempt status if they oppose same-sex marriage?"

O'Rourke replied, "Yes. There can be no reward, no benefit, no tax break for anyone or any institution, any organization in America that denies the full human rights, and the full civil rights of every single one of us. And so as president, we're going to make that a priority, and we are going to stop those who are infringing upon the human rights of our fellow Americans."

Shocked? It's been on the horizon for quite a while.

In the days leading up to the Tar Heel state's vote on an amendment to its constitution defining marriage as one man and one woman, and before the U.S. Supreme Court invalidated such amendments in 31 states, I repeatedly warned citizens that the legalization of same-sex marriage would create this scenario. In speeches I made stumping for North Carolina's marriage amendment, I contended that same-sex marriage was always about much more than allowing gay couples the right to marry alongside of heterosexual couples, as if it were merely a different expression of the same institution. The heart of the issue, I argued (as did many others), was about redefining marriage, creating an entirely new legal paradigm as a union between two adults, regardless of their gender. Therefore, any citizen, small business, or religious organization whose beliefs, traditions, morals or ethics were at odds with this new legal definition, would find themselves outside of the law. They would likely be subject to legal consequences unless they were willing to comply with the new legal orthodoxy on marriage.

Of course, same-sex marriage proponents claimed we were either being hyperbolic or, at worst, lying. They said same-sex marriage wouldn't affect churches. They just wanted to live and let live. But now we see Beto O'Rourke as the personification of their truest objectives.

In response to O'Rourke's comments, Brian Brown, president of the National Organization for Marriage, rightly said:

"The LGBT radicals are determined not merely to achieve 'tolerance' and 'acceptance' – they will brook no dissent whatsoever: anyone who believes in marriage as the union of one man and one woman must be silenced, pushed from the public square. And if it's a charity, Church, or institution, it must be shut down."

For decades, churches and other non-profit groups have been tax-exempt under the IRS code, and for a good reason. They have always been viewed as contributors to the common good, playing a unique role that the government and for-profit enterprises never could. The influence of the moral teachings of the church, stretching back to America's beginnings and long before the government recognized them as "non-profits," was reasoned to be essential to self-government – a requisite virtue for sustaining a free people. Their benevolent and altruistic activities were regarded as indispensable, and believed should be allowed to flourish unburdened by the state.

Losing tax-exempt status would be devastating for churches. Denny Burke, associate professor of biblical studies at Boyce College, tweeted that O'Rourke's proposal that churches opposed to same-sex marriage should lose their tax-exempt status was "a draconian assault on the First Amendment." He added:

"This could bankrupt many churches and religious institutions because it could dissuade contributions. Many churches would lose their property as a result of being unable to pay property taxes – especially in big cities."

Of course, some extreme progressives devilishly salivate at the prospect. But Damon Linker, in a 2015 article for "The Week" magazine, foresaw this prospect and admonished Progressives never to go down this road. Linker wisely argued:

"All (or nearly all) religions discriminate. They divide the world into the saved and the damned, the sanctified and the sinner, the pure and the defiled, the ordered and the disordered, the righteous and the wicked, the virtuous and the vicious. That's what religions are: holistic systems of norms, practices, and beliefs that hold up some ways of living, some actions, some behaviors as better than others – with those others denounced, often in no uncertain terms.

"Are liberals really prepared to begin treating such bedrock religious tendencies – tendencies that go back to the beginnings of human culture and lie at the foundation of every civilization ever known – as beyond the bounds of acceptable thought and behavior? And to use state power to stamp them out?

"There are many words that one could use to describe the impulse to do that, but 'liberal' isn't one of them."

Linker is right. Liberalism used to be about liberty and justice for everyone, even for those with whom one disagrees. However, it appears that classical liberalism is turning into conventional fascism – that is, if O'Rourke is a legitimate representation of the masses on the political left.

For all those pastors and churches that have been reluctant to engage the political process for fear of losing their tax-exempt status, take a hard look at where this country is headed. You can stand up and fight for your God-given rights with the prospect of saving them, or you can allow the likes of Beto O'Rourke and his crowd to strip them away. Either way, you shouldn't have any illusions; rabid leftists are coming for you.