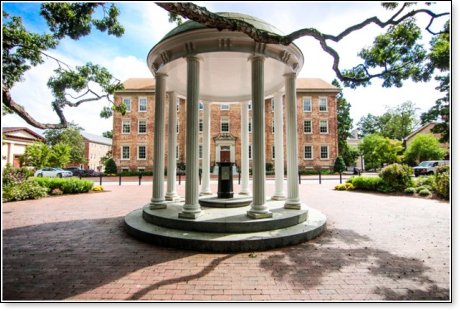 It was several years ago when the young woman confided in me. In a pastoral capacity, I listened as she told a sordid story involving a party with friends. Everyone, she said, had been drinking, were drunk and sprawled out on the furniture or the floor. That's when one of the partiers undressed her and forced himself on her. It wasn't consensual and she resisted but was too drunk to put up a fight. She lost her virginity that way.

"That's terrible, it was clearly sexual assault," someone might say. Indeed, and there are plenty of female undergraduates at UNC-Chapel Hill who could tell a similar story.

According to the 2019 survey by the Association of American Universities, more than a third of female undergraduate students at UNC report having been sexually assaulted during their time in college.

In its reporting about the survey, The Raleigh News and Observer stated:

"The survey defined non-consensual penetration as penetration involving physical force (including attempts), coercion, no voluntary agreement or the inability to consent or stop what was happening because the student was passed out, asleep, or incapacitated due to drugs or alcohol. Non-consensual sexual touching was defined under the same circumstances."

The statistics for sexual assault at UNC are quite alarming. There does, however, appear to be a common denominator – something prevalent in most cases – alcohol. Although alcohol did not cause any of the sexual assaults, according to the survey's findings, it was a major contributing factor.

Numerous studies have shown that approximately half of the sexual assaults on college campuses involved a situation where the victim, the perpetrator, or both were consuming alcohol. In fact, sexual assaults are more apt to occur in settings where alcohol is being consumed, and some perpetrators seek out these venues as a means of finding the vulnerable.

There is an old myth that tells of a time when there were two angels sent by God to govern the earth. They were to act as arbitrators whenever men had difficulties that threatened strife. Having learned of their service, a beautiful woman invited them to her home to help with a problem that could end her marriage.

During a meal, she personally served the guests and offered the angels wine. Enticed by the beauty and charm of their hostess, they forgot the restrictions that governed angels and drank of it. As often happens when politeness or likability compels one to drink, the messengers took too much and became intoxicated. Then they did what angels never do. They made improper advances toward the woman, who, in turn, stole from them the keys of heaven. When the Almighty heard of what happened, he banned the use of wine by humanity.

Some scholars believe the myth, which Mohammed may have learned as a child, influenced Islam's rigid rules against alcohol.

Nevertheless, the moral of the story is a compelling one. It teaches that even angels, figuratively speaking, can be overcome and turned to evil by alcohol. Even the best of people can be made vulnerable by its intoxicating powers and thereby robbed of what is most precious. With such, God is not pleased, and easy accessibility to alcoholic beverages is never good.

"These behaviors have profound physical and emotional effects on the people who experience them and also have lasting impacts on other members of the campus community. And while many of you have been active in raising awareness and staying engaged on this issue, we need the help of every person – now more than ever – to change our culture."

If UNC is to change a culture that facilitates sexual assault, then they will have to take a hard look at the way alcohol is a substantial factor.

The Maryland Collaborative, an organization that works to reduce college drinking and its related problems, contends:

"Alcohol use is related to the risk of sexual assault in the way that icy sidewalks can contribute to falls. People can fall on a dry sidewalk, but the presence of ice increases a person's susceptibility for experiencing a dangerous fall. Similarly, sexual assault can and does occur without alcohol consumption by the perpetrator or victim, but the presence of alcohol increases a person's susceptibility for experiencing a sexual assault. To address sexual assault comprehensively, approaches must recognize the complex causes of violence against women and men, encourage bystanders to intervene, provide guidance regarding healthy relationships early in life, and reduce alcohol availability."

Most are familiar with the expression, "the elephant in the room," – a phrase referring to a relevant topic of which everyone is aware, but no one wants to discuss. The saying is of American origin, although its precise source is not known. Ironically, its first known citation which conveys the current understanding of the phrase is in the title of Typpo and Hasting's book, An Elephant in the Living Room: A Leader's Guide for Helping Children of Alcoholics.

In a series of life's insidious scenarios, which are too many to count, alcohol is often "the elephant in the room." But if UNC is serious about stemming sexual assaults among its students, they won't ignore alcohol's profound contribution to the problem.