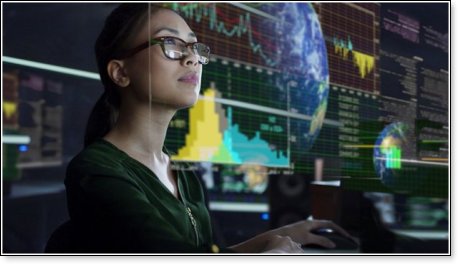 "Scientists have a moral obligation to clearly warn humanity of any catastrophic threat to 'tell it like it is.' On the basis of this obligation and the graphical indicators presented, we declare, with more than 11,000 scientist signatories from around the world, clearly and unequivocally that planet Earth is facing a climate emergency."

This is the first paragraph of the apocalyptic sounding document released this week, published in Bioscience, calling for immediate action by world authorities on so-called climate change.

Written by the Alliance for World Scientists, the document lists many of the things climate alarmists have proposed before: The need for a carbon-free economy, increases in solar and wind energy, curtailing habitat and biodiversity loss, eating less meat, etc. But something scientists are also calling for in response to this alleged "climate emergency" should send shivers up the spine. They demand population control.

The authors write, "Still increasing by 80 million people per year, or more than 200,000 per day; the world population must be stabilized – and, ideally, gradually reduced – within a framework that ensures social integrity." In other words, fewer humans make for less use of the planet's resources, and, therefore, a more stabilized environment.

The suggestion in itself is troubling. Knowing humankind's bent for evil, one can only ponder what public-policy initiatives world leaders might pursue if the climate gurus are believed, and if their prognostications are greeted as absolute. What will result? Forced abortions or something worse?

"There are proven and effective policies that strengthen human rights while lowering fertility rates and lessening the impacts of population growth on GHG emissions and biodiversity loss. These policies make family-planning services available to all people, remove barriers to access and achieve full gender equity, including primary and secondary education as a global norm for all, especially girls and young women," the scientists declare.

Well, paint me green. Don't that make your solar panels hot and get your windmills to turning!

Never mind that only two years ago, more than 30,000 American scientists signed a petition challenging the climate change narrative, and more than 9,000 of them held PhDs in their respective fields.

Never mind demographers have been warning for several years that the birth rate of Western nations is below replacement level, which could critically create severe imbalances and prove detrimental to infrastructures, economies, healthcare, and a host of other matters necessary for sustaining western democracies.

Yifatt Susskind, in a recent edition of Ms. Magazine, not exactly a pro-life friendly resource, rightly contends "the most nefarious population control projects claim to serve some unassailable social good, like poverty reduction or peace." She further warns that we should be cautious about "rights-based and social justice language that positions contraception and family planning as core strategies to reduce carbon emissions."

Susskind sites the El Paso terrorist, who wrote in his manifesto: "If we can get rid of enough people, then our way of life can be more sustainable."

"The eco-fascism of the far-right couches its racist intent as concern for the environment, demonizes women of color for 'overpopulation' and stokes fears of an end to white racial 'purity' and power. It uses the current specter of looming ecological collapse to reawaken a genocidal impulse...wiping out those deemed unfit to survive," writes Susskind.

Of course, the great question of the hour is who will determine which humans will be allowed to produce more humans and which will not. Or worse still, what if the "powers that be" assess the crisis of climate change is much worse than previously thought, and more than just the unborn have to be eliminated? Then who is allowed to stay and who must go? Who makes these incredible determinations?

When it comes to the alleged need for controlling population groups, the world has a terrible track record, and no specific or corporate governmental body has ever proven worthy of trust. Historically, the people targeted have been the poor, people of color, the mentally and physically disabled, political enemies – anyone deemed unworthy by those in control.

Vaclav Klaus, a Czech economist and politician, who became the second President of the Czech Republic, once referred to global warming hysteria as "a prime example of the truth versus propaganda problem."

Having lived through many years of communism, Klaus said:

"I feel obliged to say that I see the biggest threat to freedom, democracy, the market economy and prosperity now in ambitious environmentalism, not in communism. This ideology wants to replace the free and spontaneous evolution of mankind by a sort of central (now global) planning.

"The environmentalists ask for immediate political action because they do not believe in the long-term positive impact of economic growth and ignore both the technological progress that future generations will undoubtedly enjoy, and the proven fact that the higher the wealth of society, the higher is the quality of the environment."

When referring to the devil, Jesus admonished, "The thief comes only to steal and kill and destroy. I came that they may have life and have it abundantly" (John 10:10). The Bible also teaches that the devil employs counterfeits of the great truths of God.

Christ voluntarily gave his life's blood on the Cross to atone for sin, redeem humanity, and the created order. The Bible also teaches that it is not God's will that any should perish (2 Peter 3:9).

Climate alarmists, however, would load us up with unnecessary guilt for using God's good gifts of the Earth, and then tell us the way of atonement for mankind and the planet is by forcibly shedding the blood of thousands, even millions of innocents, through population control.