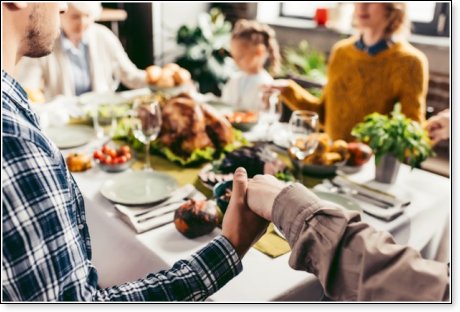 The Psalmist admonished, "Bless the Lord, O my soul: and all that is within me, bless his holy name" (Psalm 103:1).

"The Bible is like a melodious steeple set with thanksgiving chimes," wrote Frederick F. Shannon. "The variations of the tune are many, the spirit, the tune itself, is one. Harken to the music of these scriptural bells.... To whom shall our thanksgiving be offered? Unto God, our heavenly Father. Through whom shall it be made? Why, through our Lord Jesus Christ."

Several years ago, Christian writer Phillip Yancey in Christianity Today shared an experience he had during his first visit to Old Faithful in Yellowstone National Park. Yancey said that numerous tourists aimed their video cameras on the famous geyser. There was a large digital clock next to its crater, which predicted when the next eruption would occur.

Yancey and his wife passed the countdown time in a dining room of the Old Faithful Inn, which overlooked the tourist attraction. When the digital clock reached one minute, all the diners left their seats and rushed to the windows to see Old Faithful's dramatic geothermal discharge of more than a hundred feet.

But when the geyser went off, Yancey noticed a crew of busboys would descend upon the tables to refill water glasses and clear away dirty dishes. While the tourists oohed and aahed, clicked their cameras, and even applauded, he observed not a single waiter or busboy – not even those who had finished their chores – looked out the windows. Old Faithful had grown entirely too familiar to them and had lost its power to impress anymore.

Few things are more quickly taken for granted than God's faithfulness to us. Few things are more important than pausing to worship, pray, and offer thanks to the One who provides us with "every good and perfect gift" (James 1:17).

In America, it seems that we have almost become too familiar with God, and we're relatively unimpressed with the blessings of our abundant natural resources and our incomparably rich heritage of freedom. Yet we owe God everything, and he is worthy of our most profound expressions of gratitude.

Someone once wrote, "Thankfulness is...a magnificent preservative of the sacredness of our possessions. There is a certain stimulus in striving for a thing; there is a certain hopeful aspiration after things we have not yet found. But a thing hoped for can act like a drug once we possess it. It may dull the very senses that were wide awake to possess it. When we acquire a thing, our spiritual perceptions may go to sleep, and we may lose the sense of its sacred value. There is no awe upon its possession. It becomes common and commonplace. Now thankfulness retains a sense of the sacredness of things. The commonplace wears a nimbus. There is a halo upon the ordinary. A mystic fire burns in the wayside bush. God is seen in the lowly shrine. The common meal becomes a sacrament. To say 'thank you,' and mean it, keeps the soul awake to the divine."

No doubt, it was sentiments such as these that constrained Sarah Hale, the editor of the magazine Godey's Lady's Book and author of the poem "Mary Had a Little Lamb," to campaign for a National Thanksgiving Holiday.

The Pilgrims celebrated the first Thanksgiving in 1621 after a harsh winter in the New World. President George Washington issued a Thanksgiving Day Proclamation in 1789 to commemorate the Pilgrims' first celebration. But Thomas Jefferson, the nation's third President, discontinued it, calling Thanksgiving "a kingly practice." 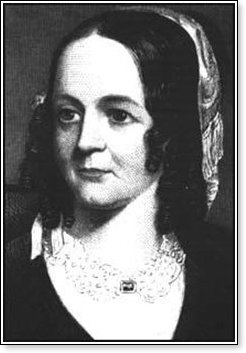 Thus, Thanksgiving was observed by some individual states, and on whatever dates they preferred. But Hale persisted in arguing through letters, appointments with national leaders, and other means, that Americans should restore Thanksgiving as a national observance.

She was rebuffed again and again until finally in 1863, she caught the ear of President Abraham Lincoln, who seriously listened to her plea that the North and South "lay aside enmities and strife on Thanksgiving Day." Lincoln agreed that it could be a powerful means of healing for a war-torn nation, and, therefore, proclaimed the fourth Thursday of November to be the official "National Thanksgiving Day." The United States Congress finally ratified the day in 1941.

At this hour in our nation's history, some might be tempted to think there isn't much for which to be thankful. On a personal level, others may feel their troubles are too many for them to be very grateful. 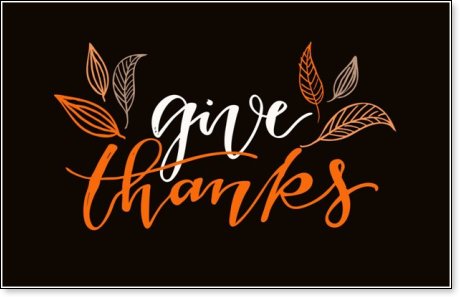 It shouldn't be forgotten, however, that the things we often regard as misfortunes are actually blessings. Trials and crosses in life are sometimes among the greatest blessings in disguise. Moreover, this is always the case whenever we place ourselves and life's circumstances squarely in the hands of a loving God. Tragedies are turned to triumphs – failures to fulfillments – poverty to prosperity.

George Matheson, the blind Scottish preacher of the 19th and early 20th centuries, eloquently prayed, "My God, I have never thanked thee for my 'thorn.' I have thanked thee a thousand times for my roses, but never once for my 'thorn.' I have been looking forward to a world where I shall get compensation for my cross, but I have never thought of my cross as itself a present glory. Teach me the glory of my cross; teach me the value of my 'thorn.' Show me that I have climbed to thee by the path of pain. Show me that my tears have made my rainbow."

An unthankful person is an unthinking person. An unthankful heart like a spade in the dirt finds no treasures, no mercies, but the thankful heart turns over the soil and muck and always discovers some gem, small or great, some gold buried beneath.

Every American's heart should throb with gratitude to Almighty God.

This Thanksgiving may He grant us thankful hearts – that we may see the sublime in the simple – the radiance in the routine – the lovely in the unlovely – the hope in the hopeless situation – that we may awake to the divine.