Rev. Mark H. Creech
Something neither Michael Bloomberg nor anyone else can ever buy or earn 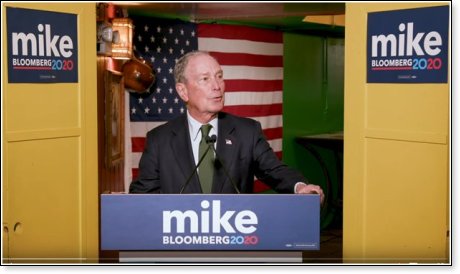 A couple of weeks ago, Michael Bloomberg announced he was entering the race to become the next Democratic nominee for President of the United States in 2020.

Bloomberg, a former Mayor of New York City, brings extraordinary wealth to the challenge, $50 billion to be exact. His candidacy caused other Democratic candidates to pounce on him with assumptions that he would rely on his personal fortune to buy the office of the Presidency.

Democratic hopeful and socialist Bernie Sanders said, "I am disgusted by the idea that Michael Bloomberg or any billionaire thinks they can circumvent the political process and spend tens of millions of dollars to buy elections."

If it's true that Bloomberg thinks he can buy a seat at the desk in the Oval Office, that's not the only place of highest order he has essentially professed to being able to purchase. In 2014, Bloomberg said he had already earned a place for himself in heaven.

Within the context of his smoking cessation, anti-obesity, and anti-gun initiatives, Bloomberg told the New York Times: "I am telling you if there is a God, when I get to heaven I'm not stopping to be interviewed. I am heading straight in. I have earned my place in heaven. It's not even close."

Perhaps Bloomberg was joking. Then again, maybe he wasn't. He wouldn't be the only person to think this way about getting into heaven. Most people believe that if they're good enough, they'll be permitted into that place of eternal bliss.

But make no mistake about it, according to the Scriptures, no one can buy or earn their way into heaven. The Bible declares that everyone who goes to heaven will be there in spite of themselves.

Bloomberg's comment about earning a place in heaven sounds much like the Pharisee who prayed, "God, I thank you that I am not like other men – extortionists, unjust, adulterers, or even as this tax collector." (Luke 18:11). 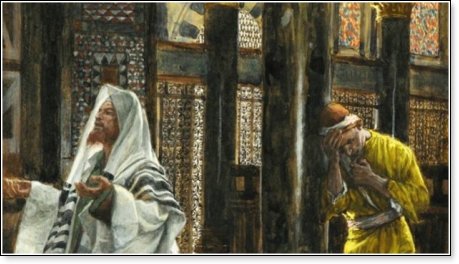 In other words, the Pharisee fancied himself suitable to receive God's ultimate blessing. Jesus condemned the Pharisee's approach to God in this way but approved of the publican who beat his breast, praying, "God be merciful to me a sinner" (Luke 18:9-14).

Adam and Eve, the first to sin, were also the first to hold to an erroneous view of Salvation. The book of Genesis says they made fig leaves to cover their nakedness, which represented their attempts to make themselves acceptable in the presence of their Creator (Genesis 3:7). God rejected what they did because they had lost their privilege of enjoying his fellowship as sinners – a privilege only God in his grace and mercy could restore.

Did you know no one can ever enter into heaven who has not first accepted God's viewpoint of their sinfulness? Most people tend to think of themselves as relatively good when the Scriptures say just the opposite.

The apostle Paul wrote that none are righteous, none seek for God, none do good, none possess a proper view of themselves or awe of God's holiness (Romans 3:10-18). King David of Israel had it right when he said that he was brought forth in iniquity, and in sin, he was conceived. (Psalm 51:5). Jeremiah the prophet declared, "The heart is deceitful above all things and desperately wicked; who can know it?" (Jeremiah 17:9).

Indeed, not every person is as wicked as the next. Nonetheless, the Bible says that all have sinned, all have fallen short of God's glorious ideal for their lives, all have utterly failed to meet God's sublime standards (Romans 3:23).

It is God's perspective of us which counts, not our own. God's perspective is offensive to many because it strikes at the heart of one's tendency for pride and self-sufficiency, but the fact is no one can give God anything in exchange for a place in heaven. 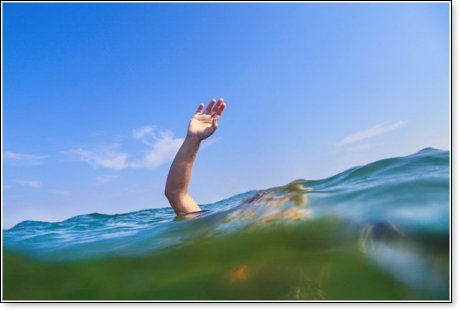 Christian writer James H. McConkey, who passed away in 1937, used to tell the story of a drowning boy struggling in the water. On the shore stood the boy's mother, in agony over her son's plight. A man was standing nearby, and she begged him to help. Yet he seemed indifferent to the boy's fate. Again and again, she pleaded with him to save her child, and he still wouldn't move. Over time, the desperate struggles of the boy in the water started to abate. He was losing strength and becoming completely helpless. At this point, the man leaped into the water and brought the boy to landside. Although grateful for rescuing her son, with frustration, the mother asked the man, "Why didn't you do something to save him sooner? The man replied, "I couldn't as long as he struggled to save himself. If I had gone in at that point, he would have dragged both of us down to certain death. It was only when he grew weak and ceased to struggle that he could be saved."

It is only when we cease from our own works to save ourselves, when we stop struggling to be good enough to merit heaven, but instead depend helplessly on what God has done for us in our Savior Jesus Christ that we realize the right way to redemption. 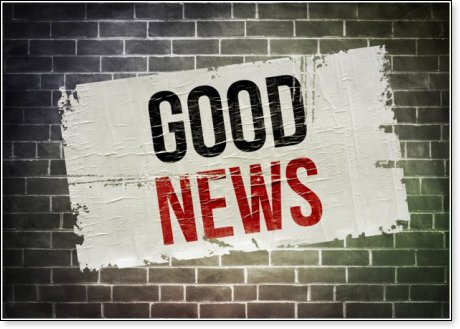 The good news of Christ is that he was sent by God, the Father, to do what we could never do for ourselves. Christ perfectly lived the life God requires of us. Even though he was innocent of any wrong-doing, his death on the Cross was a substitutionary death, where he took the punishment for our sins and purchased a place in heaven for everyone who accepts eternal life as a free gift. When we turn away from our own estimate of ourselves as being good enough or worthy, when we see ourselves as helpless sinners before God and are willing to turn away from our sins and accept by faith alone what Christ has done for us, it is then, and only then, we are made fit to enter the kingdom.

Someone may ask, "Well then, what's the point of being good?" The answer is that no one can sufficiently satisfy every demand of the offended righteousness of a magnificently holy God. Nevertheless, when one experiences the grace, the unmerited favor of God, in conversion to Christ, there naturally flows from this experience a certain humility and gratitude, which motivates one to right living not out of self-preservation, but out of a pure love for God and his ways.

The Scriptures summarize the doctrine in this manner: "For by grace you have been saved through faith. And this is not your own doing; it is the gift of God, not a result of works, so that no one may boast. For we are his workmanship, created in Christ Jesus for good works, which God prepared beforehand, that we should walk in them." (Ephesians 2:8-10).

Again, it should be made abundantly clear: no one can ever buy or earn their way to heaven. No one will even come close trying to get in that way.