Rev. Mark H. Creech
Glory to God in the highest: Let's booze it up 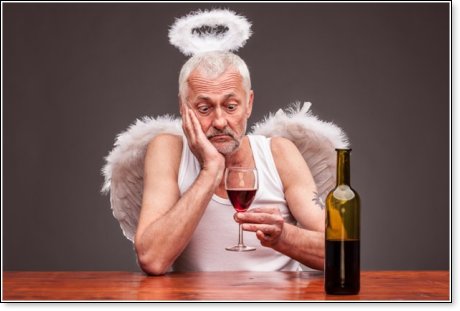 "And suddenly there was with the angel a multitude of the heavenly host praising God, and saying, Glory to God in the highest, and on earth peace, goodwill toward men" (Luke 2:13,14).

Some people may be taking down their Christmas decorations, but most people will still be celebrating the holiday season through New Year's Day. In the statement made by the angel to the shepherds and accented by an angelic chorus, the real purpose for the celebration of this holy time is to glorify God.

But Simmons also wrote something that would make too many people squirm like a worm on a hot rock. He said, "For many poor, misguided folk, Christmas means the festal merriment engendered by the spirits of fermented grapes or grain rather than the true spirit of the season fostered by the indwelling Spirit of the living God. This sort of activity is a mockery to the meaning of the holy season."

History reveals that before the advent of the Christmas carol, celebrations at Christmastime had become so depraved and rowdy that the English Parliament once forbade the observance of the joyous season. The meaning of that holy time of the year had been reduced to a maelstrom of drunken revelings, laced with disorderly conduct and depravities. It was so bad that decent people found it necessary to stay at home for safety. The situation, in fact, became so shameful that in 1644 Parliament passed strict laws making it illegal to commemorate the season in any manner.

Glory to God in the highest, let's booze it up. That was obviously their mantra, and it appears that our own time isn't far from it.

Alcohol.org notes that today people are bombarded with reasons to drink during the holidays. Old friends and family members come over for a visit. Great! Let's have a drink. Companies host their holiday parties. All right! Let's Paaarrrty! The decorations and the Christmas lights are so pretty and cheerful. Yeah, they look even prettier after a few drinks. The New Year is in front of us. Let's drink to it! "Binge drinking during the holidays is a big law enforcement and public health problem, and the statistics and data paint a picture that isn't very festive," says Alcohol.org.

Alcohol.org also states, "The Distilled Spirits Council of the United States notes that a quarter of the $49-billion-a-year distilled spirits industry's profits come from the month between Thanksgiving and the New Year. So strong is the temptation to drink during holiday weekends, that even people who are moderate consumers of alcohol tend to increase their drinking rates."

Dr. Harris Stratyner, Ph.D., Regional Clinical Vice President of Caron Treatment Centers in New York, has written: "Alcohol is still the number one cause of damaging behavior at holiday celebrations throughout the U.S. We tend to see an increase in alcohol abuse during the holidays and the findings show that many people have no sense of how much alcohol is healthy to consume or how it impairs them when they go past that low-risk limit. It's a serious public safety concern when 60% of adults who attend holiday parties witnessed dangerous and even illegal behavior."

Glory to God in the highest, let's get liquored-up.

According to the U.S. Department of Transportation, "Nationally, over the past 5 years, an average of 300 people died in drunk driving crashes the week between Christmas and New Year. Alcohol-impaired fatalities make up more than a quarter of all crash fatalities. In 2016, 781 people lost their lives in drunk-driving-related crashes in the month of December alone."

Someone might be tempted to say, "That doesn't seem like a whole of people to me." Well, it does when one of the victims of drunk driving belonged to your family. It does when that empty seat at the dinner table with its beautiful Christmas spread would otherwise be filled with your teenage son or daughter, but he or she died of an alcohol-related incident. It does when the jubilance of New Year's turns into tragic news from a law enforcement officer that your loved one is in jail, hospitalized with life-threatening injuries, or at the morgue, because somebody had too much to drink.

Glory to God in the highest, let's tie one on!

The Scriptures command, "And be not drunk with wine, wherein is excess; but be filled with the Spirit" (Ephesians 5:12).

Nothing casts off restraint like alcohol. But if we would be filled with the Spirit of Christ, the spirit of Christmas, we would not have need of any other spirits. Then we might genuinely give God the glory that he is due this holiday season. For many ailing marriages with troubled children, there might truly be the prospect of a Happy New Year. For so many more, there might be a better hope of the promise of peace and goodwill.