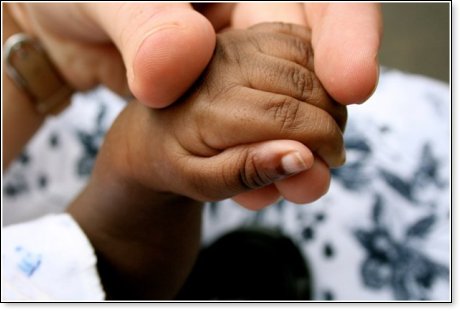 It seems providential that Sanctity of Human Life Sunday, January 19th, and Martin Luther King, Jr. Day, January 20th, fall so close together. Both days have something in common, as if the need for their recognition calls upon us not to forget the same error.

It's difficult to grasp in our own time that certain human beings were once considered nothing more than property, the chattel of their owners, held in a complete state of subjugation. Such was the life of a slave.

Even after the abolition of slavery in the United States, the black experience was one of oppression, segregation, discrimination, and prejudice.

Thus came the struggle for civil rights, primarily personified in the person of Dr. Martin Luther King, Jr., as well as others, who pushed to achieve racial balance in education, employment, and opportunity. The resistance was fierce and deadly. But the drive to make a color-blind society with freedom and justice for all races was set in motion and continues to the present.

What error precipitated the innumerable injustices inflicted on African-Americans? It is the same grievous error used to justify abortion today: people in power are free to determine whether other, less powerful lives have meaning.

The 1857 Dred Scott case, which today is considered the worst decision ever made by the United States Supreme Court, said: "We think ... that [black people]... were not intended to be included, under the word 'citizens' in the Constitution, and can, therefore, claim none of the rights and privileges which that instrument provides for and secures to citizens of the United States. On the contrary, they were at that time [of America's founding] considered as a subordinate and inferior class of beings who had been subjugated by the dominant race, and, whether emancipated or not, yet remained subject to their authority, and had no rights or privileges but such as those who held the power and the Government might choose to grant them." In other words, the High Court deemed that the lives of black people were only as meaningful as the people in power would choose to allow them to be.

Randy Alcorn, a longtime anti-abortion activist, has noted that in the 1973 Roe v. Wade decision, the Supreme Court questioned whether the unborn had "meaningful" lives. But then Alcorn rightly inquired, "meaningful to whom, and when?"

Is the fact that your life was not taken from you as an unborn meaningful to you now? If a mother wants her baby, his life is meaningful, which is why she mourns if there is a miscarriage. If the mother doesn't want her baby, then his life is not meaningful to her. But is the worth of a human being dependent upon whether others think his life is meaningful? Does the unborn transform from person to nonperson with each of his mother's changes of mind? And doesn't every human being regard the life he had in the womb as meaningful, since had it been terminated, he would not now be alive.

Black people, women, Indians, Jews, and many others have been declared nonpersons or persons whose lives are not meaningful. But for whose benefit? That of the people in power, who have declared for their own economic, political, or personal advantage who is meaningful and who isn't. It was whites deciding that blacks were less human. It was males deciding women had fewer rights. Now it is big people deciding little people don't have rights.

Personhood is not something to be bestowed on living human beings, large or small, by an intellectual elite with vested interests in ridding society of undesirables. Personhood has an inherent value, a value that comes from being a member of the human race. For those who believe the Bible, this is linked to being created in the image of God. But even those who are not Christians can hold to the position – though it is increasingly difficult to do so – that human life is valuable even when it is young or small or 'less useful' to others....

Once it is acceptable to kill unborn children, no one who is weak or vulnerable can be safe. Is the handicapped fully human? Is his life meaningful? How about the elderly? If those who cannot think do not deserve to live, what about those who think the wrong way?

Are we ready for the brave new world into which the logic of abortion rights has led us? God forbid!

"That's a baby in the womb, who should have human rights, and I believe if my uncle were here today, he would have to agree that abortion is a crime against humanity."

Blaise Pascal has wisely advised, "He that takes truth for his guide, and duty for his end, may safely trust to God's providence to lead him aright."