Rev. Mark H. Creech
Disband the police: Has it really come to this? 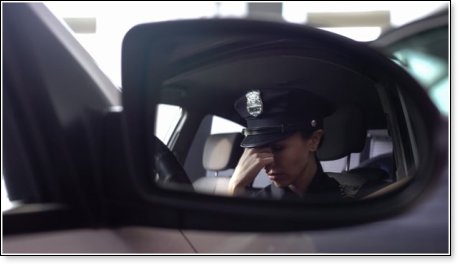 When I heard the city of Minneapolis was pledging to disband its police department in the wake of George Floyd’s outrageous and unfortunate death, I was shocked. Has it really come to this?, I thought.

Minneapolis is the only city, at least at this point, to commit to going so far, but at least 15 other cities across the country have proposed or made pledges to divest resources from the police. Those cities include Seattle, Portland, San Francisco, Los Angeles, San Diego, Austin, Dallas, St. Louis, Chicago, Hartford, New York City, Philadelphia, Baltimore, Washington, D.C., and Durham, North Carolina.

Advocates for defunding argue that it doesn’t matter how much more training law enforcement officers may receive, just the mere presence of a policeman creates for people of color a life-or-death situation. Whether it’s a simple traffic stop, a domestic abuse call, or a mental health situation, the potential is too high for violence, they say. Funding would be better used by having response teams made up of social and healthcare workers, mental health experts, and conflict resolution specialists.

Sociologist Alex S. Vitale told The Nation, “We’re not going to fix these problems by jailing a couple of killer cops or giving them body cameras or making them take implicit bias training. Instead, we need to directly challenge the scope and power of policing. We need to take their budgets away, take their toys away, take their authority away in as many dimensions as we can.”

Does anyone believe that most Americans, even black Americans, think this is a reasonable response to racist cops? This is clearly over the top, toxic, and insane.

Since humanity’s fall from the beginning of time, God established a police force. After disobedience to God’s law, which prohibited Adam and Eve from partaking of the tree of good and evil, they were banished from the Garden of Eden, and God placed a Cherubim with “a flaming sword flashing back and forth” to keep them from returning (Gen. 3:24). You might say that was the very first police force.

Throughout the Old Testament, we read about the watchmen (Ezekiel 33:6), armed guards (Nehemiah 4:13), gatekeepers (Nehemiah 7:1-3), and the judges (the entire book of Judges). These were like the police of their day. Cupbearers for King Solomon were a kind of Secret Service (I Kings 10:5).

In the New Testament, the police are a part of the governing authorities that the apostle Paul said in Romans 13:1-7 “have been established by God.” Police departments, sheriffs, and deputies, detectives, etc., are ministers of God, says Paul, to restrain evil. The apostle adds, “and they do not bear the sword for nothing” (Romans 13:4).

A few years ago, Karl Menninger, a renowned psychiatrist, wrote a book titled Whatever Became of Sin? Menninger’s premise for the book was that America was suffering from a spiritual crisis, more specifically, a sin problem.

It’s common today to blame behavioral and institutional corruption on something outside of ourselves. But more often than not, such issues stem from something within – something the Bible calls sin. Sin can even lead someone who is characteristically good to do something heinous.

Kayleigh McGhee, in a recent opinion piece for the Washington Examiner, states the argument in this way:

“[H]erein lies the fundamental disagreement. The far-left tends to view humanity through a liberal, rose-colored lens. They believe that we, as human beings, are constantly bettering ourselves and that all we need is a push in the right direction. So, it makes sense, then, that the Left wants to push law-enforcement away from its traditional focus on surveillance, prevention, and punishment and toward programs that foster healthy communities, such as health insurance, education, and so on.

“What these activists don’t account for, however, is human nature. We are fallen, sinful creatures, and we need laws to hold our passions in check. If men were angels, we would not need laws or governing officers to enforce them…

“We can pump money into all sorts of programs, but human nature will not change. And if you eliminate the hand that keeps human nature in check, otherwise known as law enforcement, we will collapse into anarchy, and every single one of humanity’s worst instincts will run rampant.” 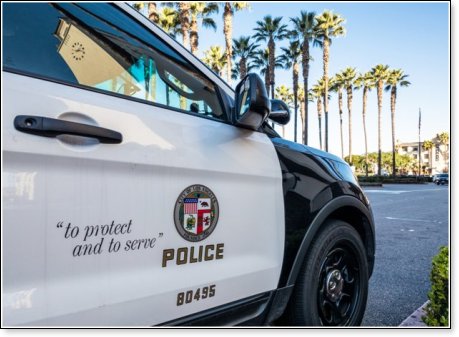 The wise King Solomon once said, “When justice is done, it is a joy to the righteous but a terror to evildoers” (Proverbs 21:5). Cops are supposed to enforce peace and justice, and most do. They’re supposed to strike fear in the hearts of lawbreakers. That’s their God-ordained function. But it’s also true that sin is the cause of some officers being bad before they become cops or turning bad along the way. It’s this way in every institution of life. Sin is inescapable in every profession.

Therefore, if we lump the good cops in with the bad cops and conclude that the entire institution is rotten and needs disbanding, we’re only compounding the problems of sin. We forget that the police and their role in society is established, sanctioned, and ordained of God. Furthermore, we forget that those police officers who are a credit to their vocation deserve justice as much as victims of bad policing do.

In recent days, cities across the country have suffered railings and riots, looting and plundering, at the hands of those who claim that they are seeking right treatment for the disenfranchised. Police brutality must end, they insist. Indeed, it should never occur. Corrupt cops need to be held accountable, and whenever criminal in their actions, they should be prosecuted and punished. However, don’t be fooled, the justification given for the riots and the ransacking is actually just a white-wash for the grievous sin of vengeance.

Author Richelle E. Goodrich has movingly said that vengeance and retaliation “are deceitful brothers – vile, beguiling demons promising justifiable compensation to a pained soul for his losses. Yet in truth, they craftily fester away all else of worth remaining.”

The Scriptures command, “Beloved, never avenge yourselves, but leave it to the wrath of God, for it is written, ‘Vengeance is mine, I will repay,’ says the Lord” (Romans 12:19).

Of course, most Americans know these things, and most black Americans know them too. We can only pray spurious arguments will not entice our country into eliminating or diminishing the presence of the police in society. That would clearly be over the top, toxic, and insane.

What we do need, however, is a Savior who can redeem us from the power and consequences of sin. Only Jesus Christ, God’s Son, can supply the answer. Do you know Him? Have you turned away from your sins and asked Him to forgive and save you?

If our hearts would first be policed by Christ, then and only then, might we need less police in the world.