Rev. Mark H. Creech
Revelation Chapter 3: The church that was neither cold nor hot, but lukewarm 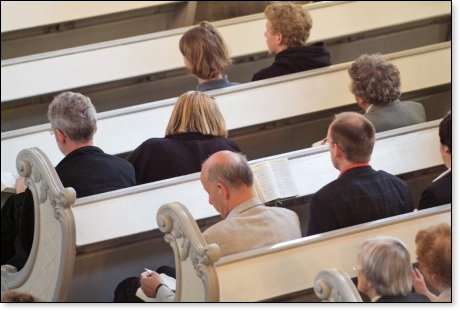 Jesus’ final letter to the seven churches of Revelation is to the church in Laodicea (Revelation 3:14-22). The city’s name means “the rights of the people.”

It is good to remember there is a message in each of these letters for every church of every age. Still, each letter remarkably correlates with seven periods of church history, and Laodicea (1900-rapture) aptly sets forth the current era.

Today everything is about “the rights of the people.” There is an emphasis on economic, social, cultural, civil, and political rights. There is a spirit of ultra-democratization. Indeed, defense of the people’s rights is of tremendous importance, but never at the expense of God’s rights.

The former president and chancellor of Moody Bible Institute marvelously described our day in a sermon, saying:

Ours is the day when many voices are raised in defense of human rights – the rights of those accused of criminal acts, the rights of men and women to use or misuse their bodies as they wish, the rights of individuals to pollute the public mind in order to make money.

But what about God’s rights? What about his first rights as Creator, his rights as our Redeemer? Does he have a prior claim to obedience, to trust, and to worship?

You men who are mechanics, what would you do with a machine which could not be controlled? What would you cooks do with a quickly spoiled dessert that no one could enjoy?

Does not God have rights over his creation? Yet, by and large, men and women ignore these rights, neglect his Word, and choose their own prerogatives.

This spirit is also quite pervasive in the church, too.

In his book, The Days of Vengeance, David Chilton captures a better understanding of Jesus’ complaint that the church in Laodicea is “neither cold nor hot” but “lukewarm.” (Revelation 3:15-16).

Chilton contends that the thrust of our Lord’s complaint was not so much about “godly enthusiasm” (hot) or “ungodly antagonism” (cold) but more about the church’s ineffectiveness as a transformational force. 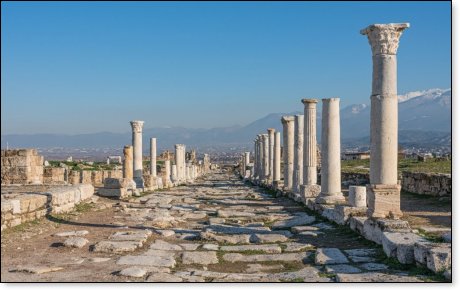 Laodicea, says Chilton, was located between two important cities, Colossae and Hieropolis. Colossae was watered by icy streams flowing down the mountainsides. Hieropolis was noted for its hot mineral springs, “which flowed out of the city and across a high plain until it cascaded down a cliff which faced Laodicea.”

Chilton adds, “By the time the water reached the valley floor, it was lukewarm, putrid and nauseating. At Colossae, therefore, one could be refreshed with clear, cold, invigorating drinking water; at Hieropolis, one could be healed by bathing in its hot, mineral-laden pools. But at Laodicea, the waters were neither hot (for health) nor cold (for drinking). In other words, the basic accusation against Laodicea is that it is ineffectual, good for nothing…The church provided ‘neither refreshment for the spiritually weary nor healing for the spiritually sick. It was totally ineffective and thus distasteful to its Lord.’…The Christian’s calling is not to blend in with a pagan environment but to convert it, reform it, reconstruct it in terms of the whole counsel of God as mandated in his Word.”

Approximately two decades ago, Don Wildmon, the founder of the American Family Association, penned something that aptly describes modern Laodiceanism. He wrote:

Today, 4,000 innocent precious lives of unborn babies were snuffed out… And 300,000 pulpits are silent… The networks make a mockery of Christians, the Christian faith and Christian values with nearly every show they air. Greed, materialism, violence, sexual immorality are standard fare. Program after program, movie after movie contains anti-Christian episodes and plots. News articles condescendingly refer to the “fundamentalists, right-wing Christians.” Those who speak out for the sacredness of life are branded as extremists. And 300,000 pulpits are silent.

Teenage suicide is the highest it has ever been [it’s higher now than a decade ago]… Christian morality cannot be taught in schools, but atheistic immorality can… And 300,000 pulpits are silent.

Rape has increased 700 percent in the last fifty years, and that takes into consideration the population growth . . . And 300,000 pulpits are silent.

A majority of states now have lotteries [gambling has been legalized, no longer a crime]. And 300,000 pulpits are silent.

What important matters are being dealt with in our churches? The church bulletin says there will be a meeting to plan the church-wide supper. We are raising money for a new floor cover in the kitchen. (The old one doesn’t match the new stove and refrigerator–we must deal with important things first.) The sermon subject last Sunday was "How to Have a Positive Attitude." And best of all–we are organizing a softball team…

Not much has changed, except for the worse, since Wildmon authored those words. Mainly speaking, churches today are self-satisfied, proud, and self-righteous. They consider themselves rich but fail to recognize their spiritual poverty, blindness, and nakedness.

Myriads of pastors and church members know nothing of the new birth in Christ, which makes it impossible for them to discern or explain the things of God. Most conservative evangelical churches insist on not getting involved in politics and tip-toeing around social issues, lest they offend and complicate efforts to present the Gospel, they say.

But what kind of Gospel but a false one fails to speak boldly to the moral issues of this day and age? How can people be saved unless they repent of their sins? What kind of emissaries of Christ but counterfeit ones fail to warn society about the inevitable wrath of God if it neglects his commandments?

Chilton writes, “[W]hatever the excuse, such a church is disobedient to the Word of God. If a church is not transforming its society, if it is not Christianizing the culture, what good is it? ‘If the salt has become tasteless, how will it be made salty again? It is good for nothing anymore, except to be thrown out and trampled underfoot by men’” (Matthew 5:13). 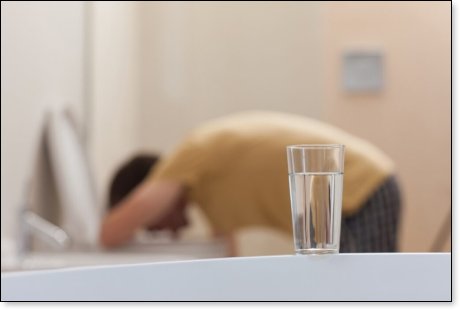 Jesus says lukewarm churchmanship makes him sick. “I will spit you out of my mouth,” he says. Nothing could be sadder or more tragic than hearing Jesus say, “You make me sick!” What a terrible charge! What an indictment! Yet, because of the Savior’s love for his church, he issues such harsh words, calling on his people to “be zealous therefore, and repent” (v. 19).

Jesus adds, “Behold I stand at the door and knock; if anyone hears my voice and opens the door, I will come in to him and will dine with him, and he with me” (v. 20). The irony that Jesus stands outside the very place he has a right to be – inside the church – patiently knocking to come in – is truly mind-boggling grace.

Christ also has the right to your heart. Will you turn away from your sins and let him inside?

This is the day of “the people’s rights” – Laodicean times. It can’t be very long before Christ comes again. He’s coming to set up his Kingdom here on the earth. No one can be a part of that Kingdom who hasn’t first surrendered his perceived rights for God’s sovereign rights.