Cliff Kincaid
The Green Killing Machine and the Red Jihad

March 15, 2019
The media have their narrative: the New Zealand mosque shooter was a gun-toting Trump supporter who hated Muslims. His "manifesto" declares, "The nation with the closest political and social values to my own is the People's Republic of China." This looks like a case of Red Jihad.

The media have been pressuring the high-tech companies to destroy the evidence about what this killer really thought about current and world events. They do not want us to investigate this matter without them filtering the information. I located a copy of the killer's so-called "manifesto." Try to find it. Let me know if you find it. Email me at Kincaid@comcast.net It will give you an insight into his mind-set.

He was not a conservative or a Christian. He was a self-proclaimed "eco-fascist" who admires Red China. In China, they put Muslims in camps. In America, law enforcement should do a better job of monitoring Jihadist sermons within the mosques and closing down those mosques which facilitate violence and murder. Our FBI should do a better job of going after the enemies within who use mosques to plan attacks against Americans. 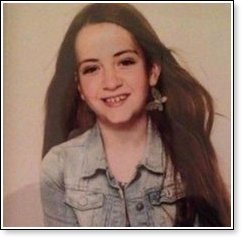 The New Zealand mosque shooter says he was motivated in part by the murder of an 11-year-old Swedish girl, Ebba Åkerlund, who was killed by a truck on her way walking home from school by a "asylum seeker" and Islamic State recruit who had been ordered deported in 2016. But the New Zealand mosque shooter favors killing children in his own murder spree, as long as they are Muslims, and has no regrets.

He declares himself to be a fascist and asserts "Green nationalism is the only true nationalism." He hates capitalism.

As you know, however, the media are trying to link him to Trump or "the right." That's typical of reporters who know nothing and won't bother to find out. His only reference to Trump is to declare him a symbol of whiteness. Of course, Trump is white.

I repeat: as you can see, there is a full-court press to identity him as a Trump supporter and right-winger. All of this is false.
The killer took a legitimate complaint about foreign invasions of Western countries and transformed that into an argument for communist control of society on environmental grounds. It's all in his manifesto.

This is why left-wingers in the Big Tech companies are so desperate to take down the killer's postings on the Internet. They will show that he was one of them – an eco-fascist.
The killer was trying to appeal to the right and left and is a personal mix of all of these different ideologies, in order to promote further destabilization of society.

He should be given the death penalty after a trial. But his "ideology," such as it is, needs to be scrutinized and explained. He declares himself right-wing and left-wing at the same time. This is how Vladimir Putin works, depending on the left-wing socialist and communist parties while appealing to the right-wing "nationalists." Angela Merkel has been his agent, destabilizing Europe through a mass Islamic invasion of refugees.

Since the killer clearly used the Internet to assemble his "manifesto," we can anticipate a renewed effort to "crack down" on various sources of information said to be linked to his extremism:

The killer explains that when "I was young I was a communist, then an anarchist and finally a libertarian before coming to be an eco-fascist." Now he favors "Green nationalism." All of this is in his manifesto. He says mass murder of Muslims happens when Western governments don't protect their populations from "foreign invaders" and Islamic terrorist attacks. He declares that "a violent, revolutionary solution is the only possible solution to our current crisis." Hence, he serves the interests of the communists.

He says he hopes his mass murder will result in a crackdown on gun rights in America, in order to provoke gun owners, leading to more revolution. He says he has given up on peaceful change and democratic means.

He also says he is not a conservative, as "conservatism is corporatism in disguise, I want no part of it." He adds, "Conservatism is dead. Thank god. Now let us bury it and move on to something of worth." He would not say if he was a Christian or not, "That is complicated. When I know, I will tell you."

For more, consider the work of Mark Musser, the author of "Nazi Oaks: The Green Sacrificial Offering of the Judeo-Christian Worldview in the Holocaust". Nazi Oaks explores the Nazi roots of the radical environmental movement. Musser notes, "The beastly nature of the holocaust is best understood through the barbaric naturism of the Nazis, rooted in a racially charged ecology that would not be undone until all the smoke from the great battlefields and gas chambers of World War II was cleared."

Speaking of revolutionaries, listed here are the official endorsers of Saturday's "Hands Off Venezuela" National March on Washington that will take place at noon. As you know, I am opposed to U.S. intervention in Venezuela, because there is no non-socialist alternative to Maduro. It's a big mess that can get bigger. The communists oppose intervention because they support Maduro.

As Jeff Nyquist argues in our recent video, Red Jihad, Border Wars, and Nuclear War: Can America Survive?, we should rely on neighboring countries such as Colombia and Brazil to lead the way.

Speaking of the left-wingers and the communists, look at some of these signatories: 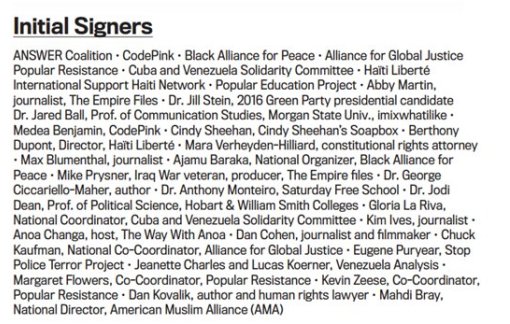 If you appreciate the kind of analysis you get from America's Survival, please consider helping us continue. You can now pledge an amount on a monthly basis through our new Donor Box.

Cliff Kincaid is a veteran journalist and media critic.

June 24, 2020
Trump must break up the big tech monopolies now

June 20, 2020
The traitors, dopes, dupes, and globalists around Trump

June 11, 2020
The law and order president is failing America

June 3, 2020
Why no protests or riots over the death of Jeffrey Epstein?